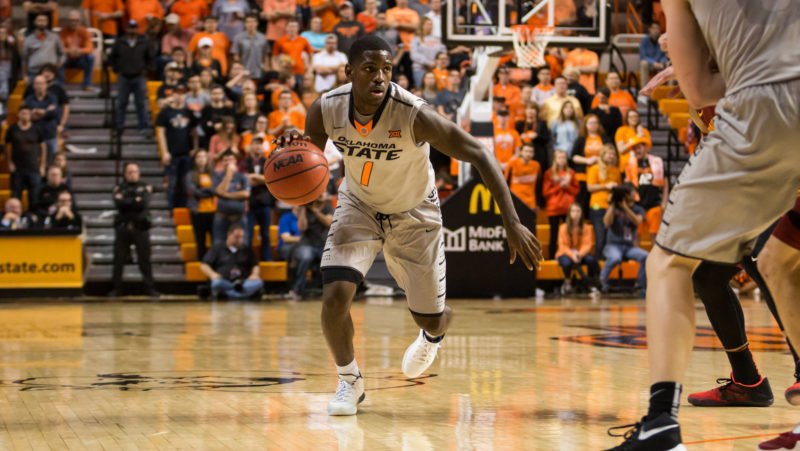 Jawun Evans has been a busy man this summer. He’s currently on a nation-wide pre-draft workout tour that has seen him meet with at least four different NBA teams and several more are showing interest.

According to Basketball Insiders, Evans had a workout in Portland on Thursday, was in OKC on Friday and is working out with the Utah Jazz on Saturday. He worked out with the Lakers earlier this week.

In a recent mock draft from CBS Sports, Gary Parrish has Evans going 30th to the Utah Jazz.

Most mocks have Evans going anywhere from late in the first round to early in the second.

He’s ready to prove himself with whichever team gives him the opportunity. And he has no lack of confidence.

“Being an all-around point guard, making my teammates better, making the right pass, just the small things,” Evans told Basketball Insiders. “I feel like I’m the most complete point guard out there, to be honest.”

Wherever he ends up, he’ll provide a an effective playmaker who is masterful in the pick-and-roll. He can be a pesky defender and is sneaky long. Evans’ wingspan was measured at 6-foot-5 and a half inches — the highest recorded for a sub-6-foot prospect at the combine.

In the Basketball Insiders article, Scotto spoke with Evans trainer, Tim Martin, who drew a couple of NBA comparisons, one we’ve heard before and another that may surprise some.

“I’ve always felt like he has the ability to defend like Patrick Beverley,” Martin told Basketball Insiders. “I’ve been saying that for years. I think he’s got defensive upside like Patrick Beverley and offensively he’s got a lot of similarities with Chris Paul. Once Jawun actually gets guys around him that are your prototypical size in terms of bigs, wings, and specialists in their field, that’s only going to make him a better player at the next level.”

Whether or not some teams are underrating the former Cowboy, there are several teams in the hunt for a qualify backup point guard. This may be the best thing for him in the long term. Especially if he makes it onto a quality team with an established point guard to learn under.