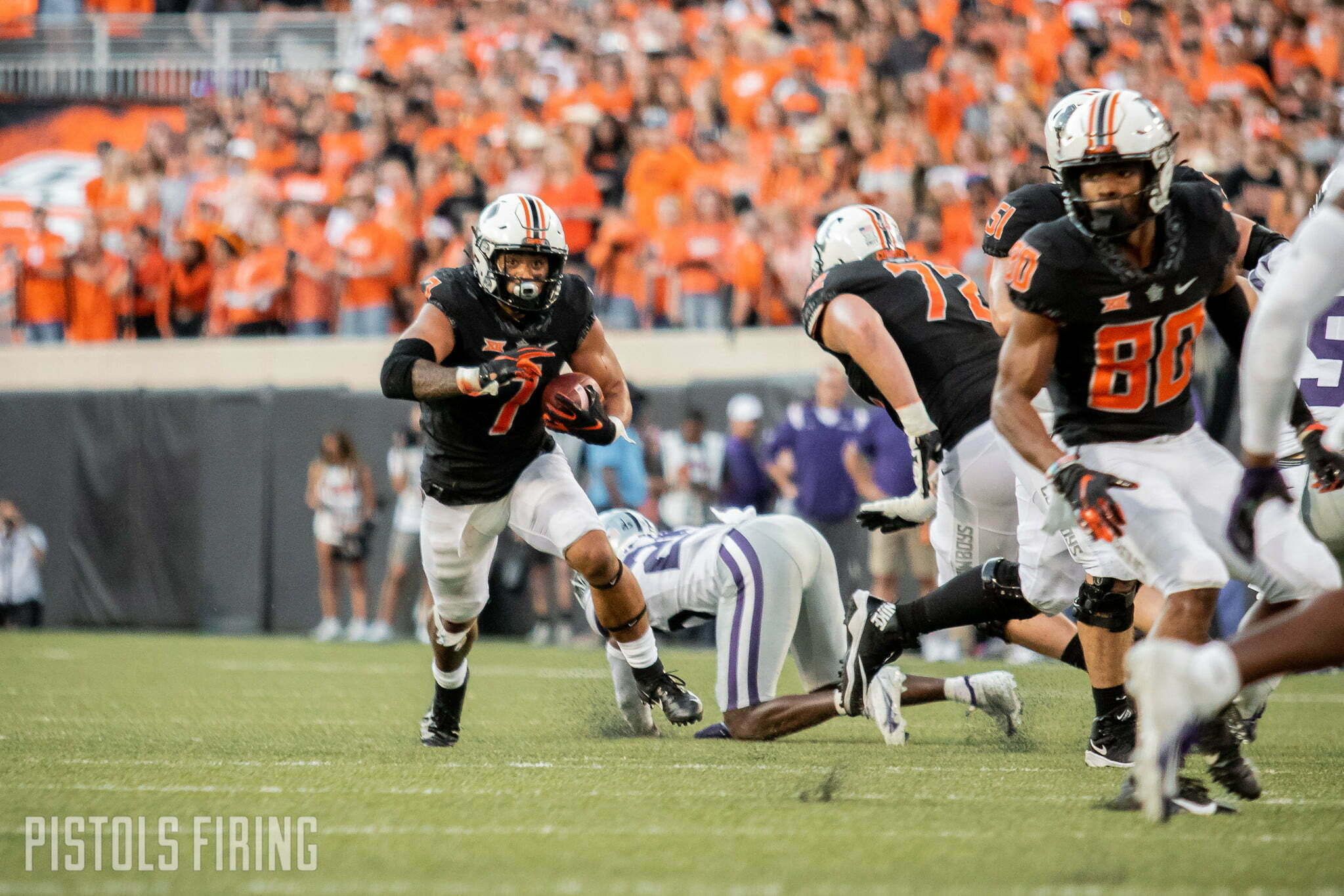 Just less than a year ago, Mike Gundy and OSU came to a pleasantly surprising in-season revelation that Jaylen Warren — the Utah State transfer running back — was “quite a bit” better than the coaching staff initially thought when they brought him in.

It seems the Pittsburgh Steelers are reaching that realization this preseason.

Warren has enjoyed a really strong camp with the Steelers, and the drumbeat of hype surrounding him this month reached a climax on Thursday as one reporter went so far as to suggest that he will not only make the roster — which itself would be a huge accomplishment for an undrafted rookie — but that he is potentially No. 2 on the depth chart behind only first-round star Najee Harris.

Former Kentucky star Benny Snell and former Maryland star Anthony McFarland Jr., fourth-round picks in 2019 and 2020, respectively, entered training camp as the expected backups to Harris. But Warren’s ascension has been as impressive as it has been fast. In his short stint with the team he has made a strong case to be included on the final 53-man roster over others who the franchise invested more heavily.

While it still would appear a longshot that Warren even climb the depth chart that high, that fast, it’s certainly possible given how glowing camp reports have been. Still, Steelers coach Mike Tomlin indicated earlier in the week that the running back competition remained far from settled.

“I think they’re carving out nice niches for themselves, and really kind of answering some of those questions [about the competition], but I would probably characterize it as incomplete at this juncture,” said Tomlin on Thursday. “Both guys performed well a week ago, and I’m excited about seeing them step into a stadium again.”

Warren was OSU’s leading rusher last season before turning pro and going undrafted. He totaled 256 carries for 1,216 yards rushing and had 25 receptions for 225 yards receiving to go with 11 touchdowns.