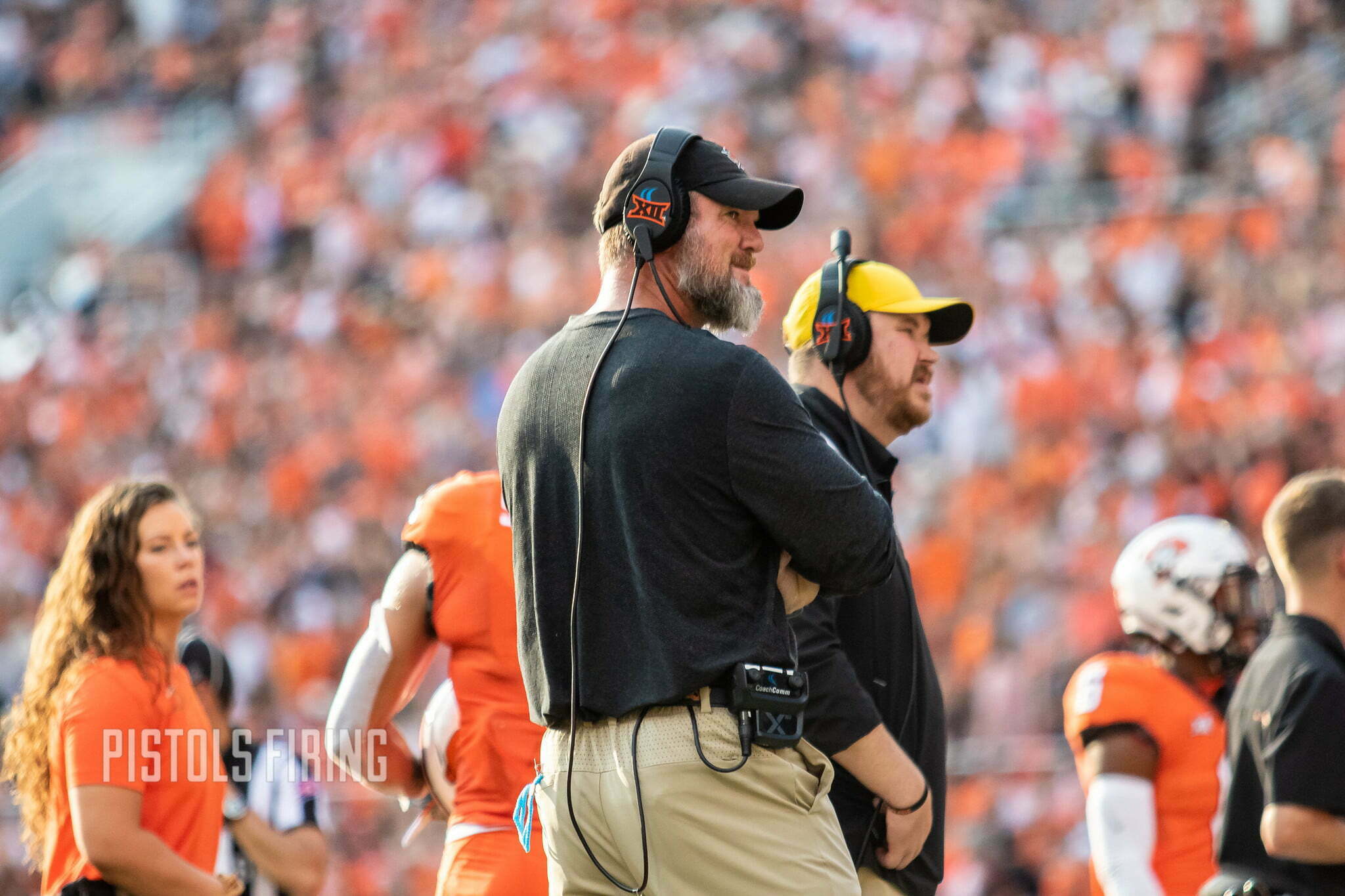 Mike Gundy hired his defensive coordinator from the outside, but he found his new linebackers coach already on his staff.

Former defensive coordinator Jim Knowles had been listed as the Cowboys’ linebackers coach since he arrived in 2018 until he left for Ohio State after the Big 12 Championship game, though OSU coach Mike Gundy credited assistant Koy McFarland with coaching the position in the weeks leading up to the Fiesta Bowl. McFarland left with Knowles for Ohio State.

Clements was thought to be the favorite among OSU’s staff to be promoted to DC before Gundy hired former Auburn defensive coordinator Derek Mason, who specializes in defensive backs. Clements called OSU’s defense in the Fiesta Bowl along with safeties coach Dan Hammerschmidt and corners coach Tim Duffie. Clements has been in the college coaching game since 1999 when he was a student assistant at Kansas State. This will be Clements’ first season with a linebackers coach title.

There is some turnover at the position, as 2021 starters Malcolm Rodriguez and Devin Harper finished their eligibility last season. Among returners, Mason Cobb seems to have a solid shot earning a starting gig. He finished his sophomore season with 10 tackles, two tackles for loss and a sack. Other returning linebackers on the Cowboys’ roster include Lamont Bishop, Kamryn Farrar, Nickolas Martin, Jeff Roberson, Na’Drian Dizadare and Donovan Stephens. The Cowboy also signed junior college All-American Xavier Benson and three-star incoming freshman Gabe Brown in December.