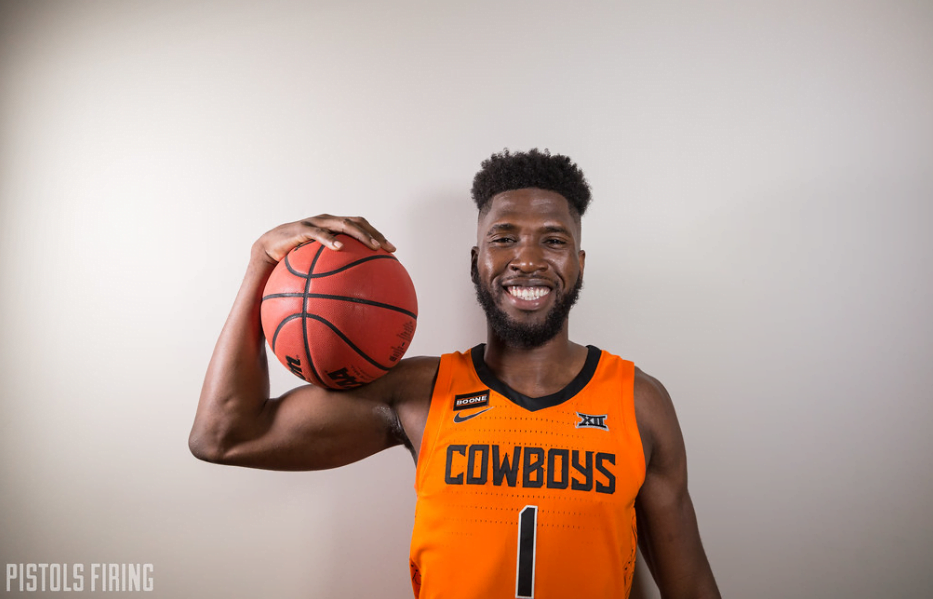 STILLWATER — Stable isn’t a word that has been used to describe the Oklahoma State basketball program in the past five years, but that could be changing.

Players have come and gone, often quicker than their allotted four years of eligibility, and coaches have been in and out, too, before Mike Boynton’s arrival. But stability is what Jonathan Laurent saw in Stillwater, a stable place to play his final year of college basketball.

Laurent, a graduate transfer, spent two seasons at Rutgers where he had two different coaches. From there, he went to UMass. Laurent had to sit because of NCAA transfer rules in what was Matt McCall’s first season as Minutemen coach before playing in McCall’s second season, where UMass went 11-21.

“The first few years, it’s all about the rebuilding of a program,” Laurent said. “I wanted to come somewhere where, Coach Boynton is going into his third year. And usually those are coaches’ best years, where you can get all of your players and all the recruits that you want.”

The Cowboys didn’t have an outstanding year last season either, finishing 12-20, but for much of the back half of that schedule, OSU played with only seven scholarship players. Starters Cam McGriff, Lindy Waters, Thomas Dziagwa, Yor Anei and Isaac Likekele took most of that workload, and Likekele and Anei were only freshmen.

“I just felt like it was a solid situation here where I could come in and actually help the five guys that played their balls off last year,” Laurent said. “They played great. I just wanted to give them a little bit of help. Coach Boynton won five games with five players, so I felt like if he had a little bit more, we definitely can get further.”

At 6-foot-6, 215 pounds, Laurent brings plenty of versatility to the Cowboys. Laurent and Keylan Boone are the only players on OSU’s roster listed as guard/forward. With his frame, Laurent should be able to play and defend shooting guard to power forward.

Laurent has also developed quite the 3-point shot. He made 47 percent of his 75 3-point attempts last season. That percentage is higher than what Lindy Waters (45 percent) and Thomas Dziagwa (43 percent) shot last season. It wasn’t always like that for Laurent, though.

In his freshman season at Rutgers, Laurent shot 25 3s and made only six of them. As a sophomore, he was 4-for-15.

“Man, I put in a lot of work,” Laurent said. “A lot of long nights in the gym. At Rutgers, I used to shoot a lot but never did it in a game because I didn’t have the confidence I would say. But the confidence really grew in the year after. I just kept putting in the work, and it paid off.”

New assistant coach Erik Pastrana was the link that connected Laurent and OSU. Pastrana and Laurent are both Florida natives, and when Laurent announced his decision to transfer from UMass, Laurent said Pastrana reached out.

It’s worked out well for both parties to this point. Laurent brought experience to a big recruiting class that includes six freshmen. He said the team has solid chemistry despite the mix of young guys and upperclassmen.

This season looks as good as any for OSU to be as successful as its been under Boynton, and Laurent is in search of similar successes.

“He’s been through college basketball and hasn’t had the success that he would like from a team standpoint,” Boynton said. “I think he’s eager to prove that he can be a part of a winning program and a winning team.”