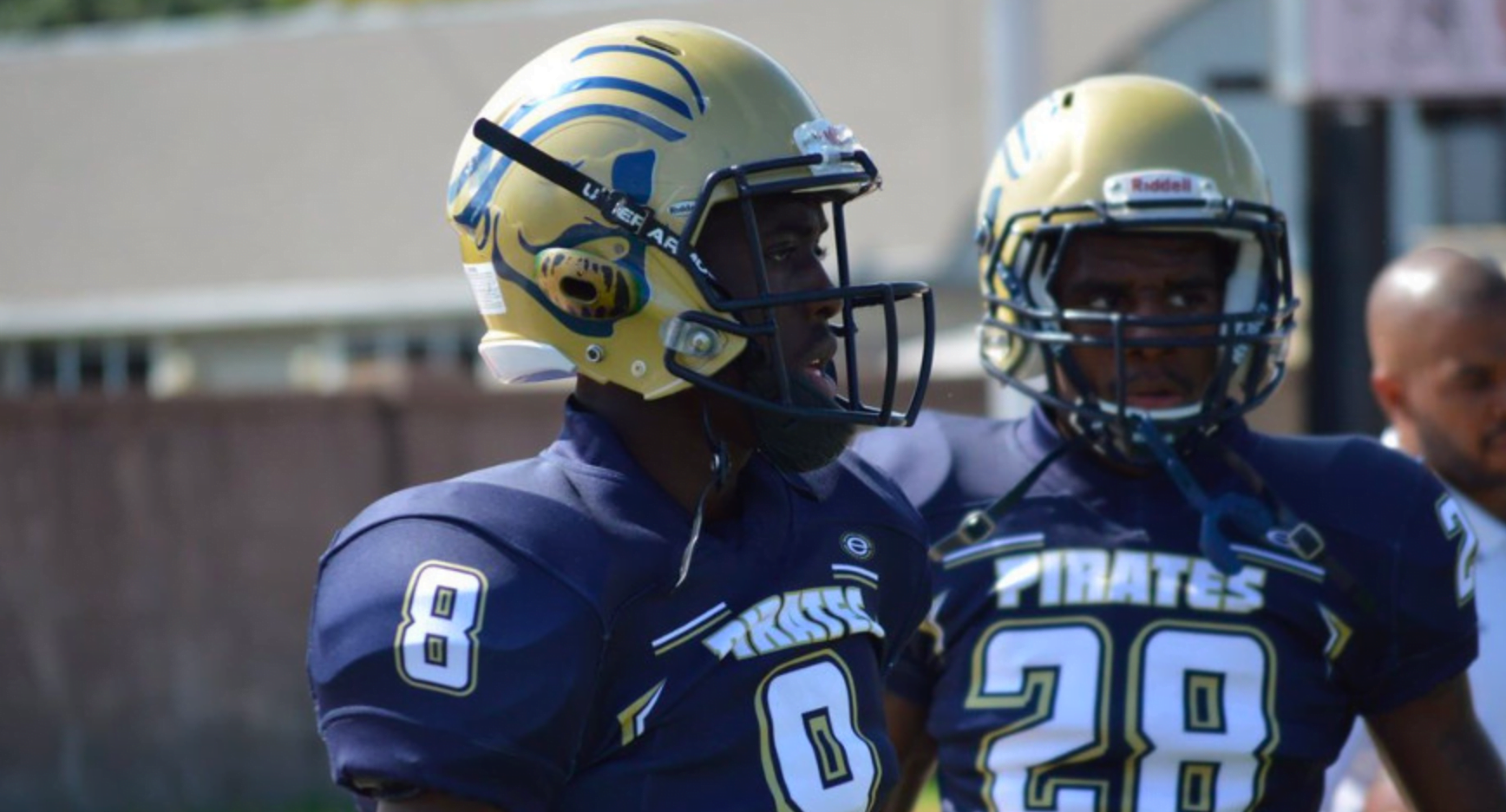 Oklahoma State is targeting a number of prospects currently at Independence Community College in the 2018 cycle, namely defensive tackle Emmit Gooden and defensive back Delrick Abrams. Abrams made an unofficial visit to in May shortly after an offer from the Cowboys in late April, where he came away impressed not only by the football facilities but also by the growth of the university.

“The visit was very nice,” Abrams told Pistols Firing. “They’re building new facilities like for business and management, so school-wise everything was really good. Same for football. The weight room, the field, it was all very nice. When you walk into the locker room, I mean, the locker room is nice. I felt very comfortable there.”

Despite being listed as a cornerback, Abrams says safeties coach Dan Hammerschmidt is leading his recruitment. He also hosted him during the visit and says he sees a little Tre Flowers in him as a player.

“They want me to play strong safety,” said the 6-foot-3 Abrams. “They said they like long safeties like Tre Flowers, so they see me like another safety like him when my game gets better. So I felt comfortable with that.”

Abrams is a 2018 prospect, meaning he’ll be eligible to play at the Division I level in 2018 and 2019. He’s garnered offers from major programs like Arkansas, Colorado, Mississippi State, West Virginia and others, but says OSU is among the schools giving him the most attention.

“OSU and Colorado are recruiting me the hardest right now,” he said. “I talked recently with Mississippi State to set up an unofficial visit and I’m going to camp at Alabama soon.”

Abrams says other schools are considering making offers right now but he feels like his recruitment might just be taking off.

As for a top list of schools or a decision, Abrams says a commitment — which he plans to do before the football season — won’t end his recruitment.

He’s going to make a decision and weigh his options again before he jumps to the next level. But a potential package deal with him and Gooden, who came away impressed with his recent unofficial visit, is something the OSU coaches are pitching.