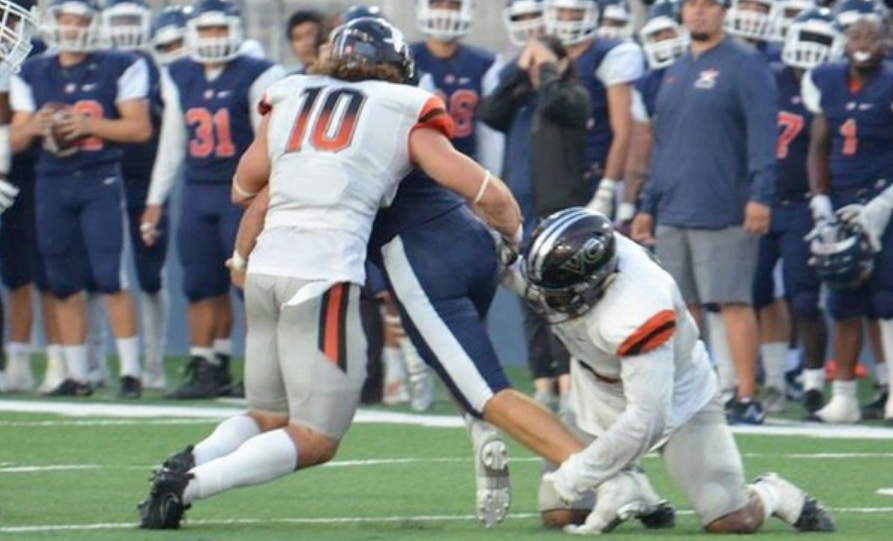 Carlson made an official visit to OSU earlier in the week but followed it up with an official to Utah, where he shut it down and committed publicly a day after his official wrapped.

Blessed to say I’m committed to The University of Utah! I’m thankful for everyone that believed in me and helped me through this whole process? #GoUtes ?⚫️ @Utah_Football @Colton_Swan @UtahCoachWhitt @CoachMoose @michaelhaydon8 @VCPirateFB pic.twitter.com/rXW17q2ZPE

Though OSU could have put to use Carlson and his big frame at outside linebacker or at defensive end in 2019 as a late addition to next season’s roster, it’s a decision that fulfills a goal for him. His junior college coach tweeted Saturday that he had his sights on playing in the Pac-12, and he’ll do exactly that in 2019 for the Utes.

OSU is thin on experience and on depth at defensive end after losing Jordan Brailford, Cole Walterscheid and Jarrell Owens this offseason. The Pokes bring back a number of talented pass-rushers in Mike Scott and Brock Martin, as well as rising youngsters Tyler Lacy and Braden Cassity. OSU’s 2019 recruiting class is also littered with young talents who could potentially be thrust into playing time early.