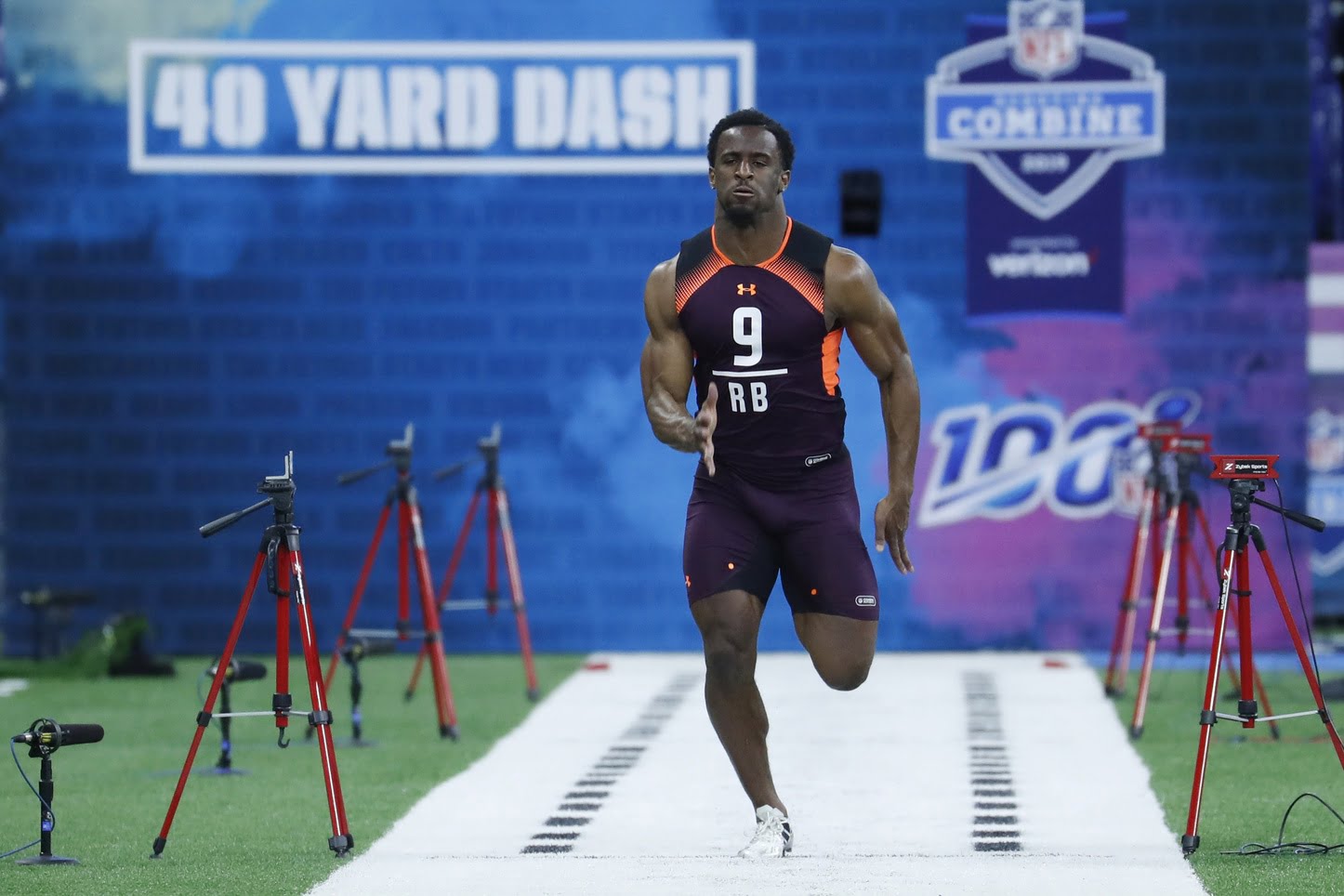 If you saw No. 43 in purple flying down a sideline, you’d probably think you were in Manhattan, Kansas, circa 2003 watching Darren Sproles. However, that could soon be the scenes in Baltimore with Justice Hill.

The Ravens announced their rookies’ numbers Friday. Hill was unable to keep No. 5 because NFL rules allow only quarterbacks, kickers and punters to wear single-digit numbers. He wore No. 27 his freshman season at OSU, but it was probably best to stay away from Ray Rice’s former number. Hill’s jump from No. 5 to No. 43 was quite drastic, unsurprisingly Hill pulls it off.

Hill’s rookie minicamp has come and gone. The last game Hill played in during his time as a Cowboy was Nov. 10, against Oklahoma. The Ravens also drafted two players who were across the field from Hill that day in wide receiver Marquise Brown and offensive lineman Ben Powers. Hill seems to have had a good time with his former rivals at the Ravens’ minicap.

Based on that picture, it seems as if former Penn State quarterback Trace McSorely had the most fun at rookie minicap, as he later tweeted out, “Missed the memo about the mean mug.”

Most notably from that picture is how jacked Hill his. He is listed at 5-foot-10, 200 pounds on Baltimore’s roster, but it looks as if he recently did a Dragon Ball Z fusion with J.D. King.

There’s a lot of excitement around the Ravens right now after they acquired Hill and Brown. Those two alone to go with second-year quarterback Lamar Jackson set Baltimore up to play a fast, exciting brand of football. There is still a lot to learn for the young pups, though, as Hill pointed out himself.

“It’s just more advanced,” Hill said. “Another level. Every level gets a little bit more difficult, and the playbook is a lot larger, so you just gotta study. But, it’s something that we all can handle, and we have. We’ll be able to come out here and play fast.”