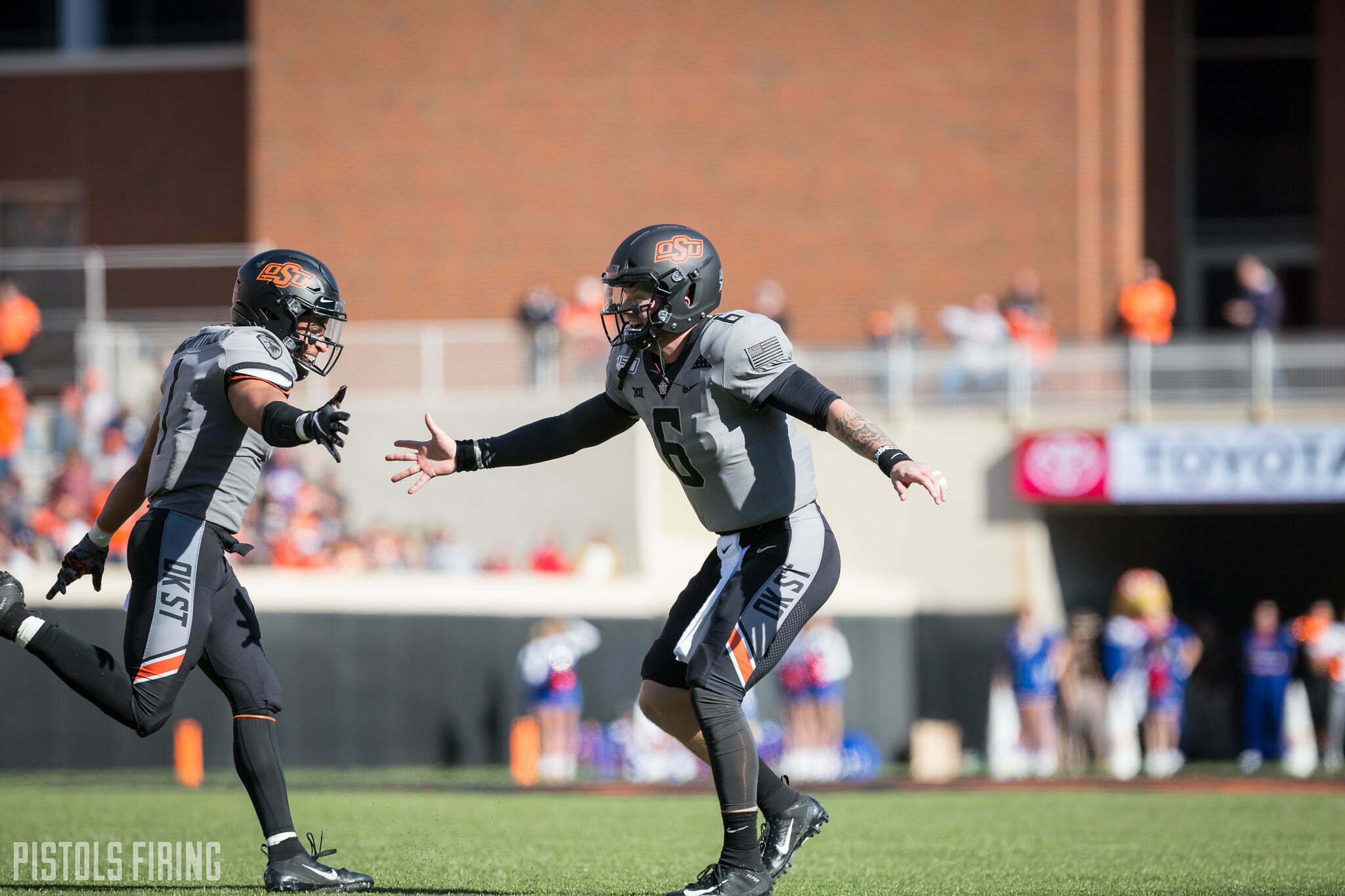 The Cowboys kept their win streak alive, rolling over the Jayhawks with relative ease on Saturday. It marked OSU’s third-straight win and, although that W did come at the expense of Kansas, I think we now have enough data to call this a full-blown comeback.

OSU’s offense his the ground running, with 74 rushing yards and two scores on the ground in the opening period thanks to Chuba Hubbard and Spencer Sanders. That 14-0 lead would only balloon from there thanks to some stingy defense by the Pokes. The rout was on.

The defense was good throughout. The offense took deep shots when they presented themselves, but was efficient and effective for most of the game. Sanders — who left in the second half with OSU comfortably ahead — didn’t commit a turnover for the first time since the McNeese game in Week 2.

Special teams was a different story. Tom Hutton was a bit inconsistent with his placement and averaged just 30 yards per punt while Matt Ammendola turned in the worst game of his career, going 1-for-4 from 3-point range. Carson and Kyle owe him a huge apology for talking him up on the PFB Podcast a couple of weeks ago.

All in all, it was the type of blowout you would expect against a three-win Kansas team at home. The Jayhawks didn’t score until the fourth quarter and a garbage-time TD made for a final score that was closer than the game was.

Who Earned a Helmet Sticker?

I’m going a little off the beaten path with both helmet stickers today. Neither guy would probably earn this week’s MVP based on his stat line, but both showed out in a big way.

I already talked about the efficient game that Spencer Sanders turned in before aggravating an apparent hand injury, but how about Dru Brown coming in cold off the bench and completing this sweet deep ball to Dillon Stoner on just his second throw?

Brown hadn’t seen the field since Homecoming but, from all accounts, has been the consummate pro. He finished 3-for-5 for 70 yards and that score.

Mike Gundy called Sanders’ benching “precautionary,” but if Brown does have to fill in at QB1, he appears to be more than capable of running OSU’s offense.

If you didn’t watch the game and looked at only his stat line, you’d think Trace Ford had little impact other than his second-quarter interception. You’d be wrong.

Despite recording just one tackle, the true freshman was disruptive throughout the game and, most impressively, continues to play like a seasoned vet — not someone who was stealing bases against high schoolers a year ago.

Bonus points for breaking up KU’s trick play and hauling in the first interception of his career.

1. Assuming Sanders can go, I’m just generally curious about how he plays each week. His efficiency has been up and his turnovers have gone done as the offense relies even more heavily on its bellcow, Chuba Hubbard.

But give credit to Sanders. It’s a conscious decision to buy into the coaches’ plans, which may or may not contradict his instinct to go for the home run play every time. I’m just excited to see how he continues to grow and mature, and what that could mean for OSU moving forward.

2. As far as the game goes, I think it’s more about OSU than it is about West Virginia. The Cowboys have shown (so far) to be much improved from the erratic, undisciplined team that raised our collective blood pressure last season. But this is a trap game if they’ve had one this season.

West Virginia — now 4-6 and ninth in the Big 12 — just ended a five-game skid with a big win over Kansas State. On the other side, the Cowboys know the Sooners will be waiting when they get home after Thanksgiving. Can OSU take care of business on the road in spite of the win streak, the outside noise, the perception of WVU and the upcoming Bedlam game?

I’ll go with this sweet deep ball connection between Spencer Sanders and his new No. 1 target Dillon Stoner for 51 yards and six points.