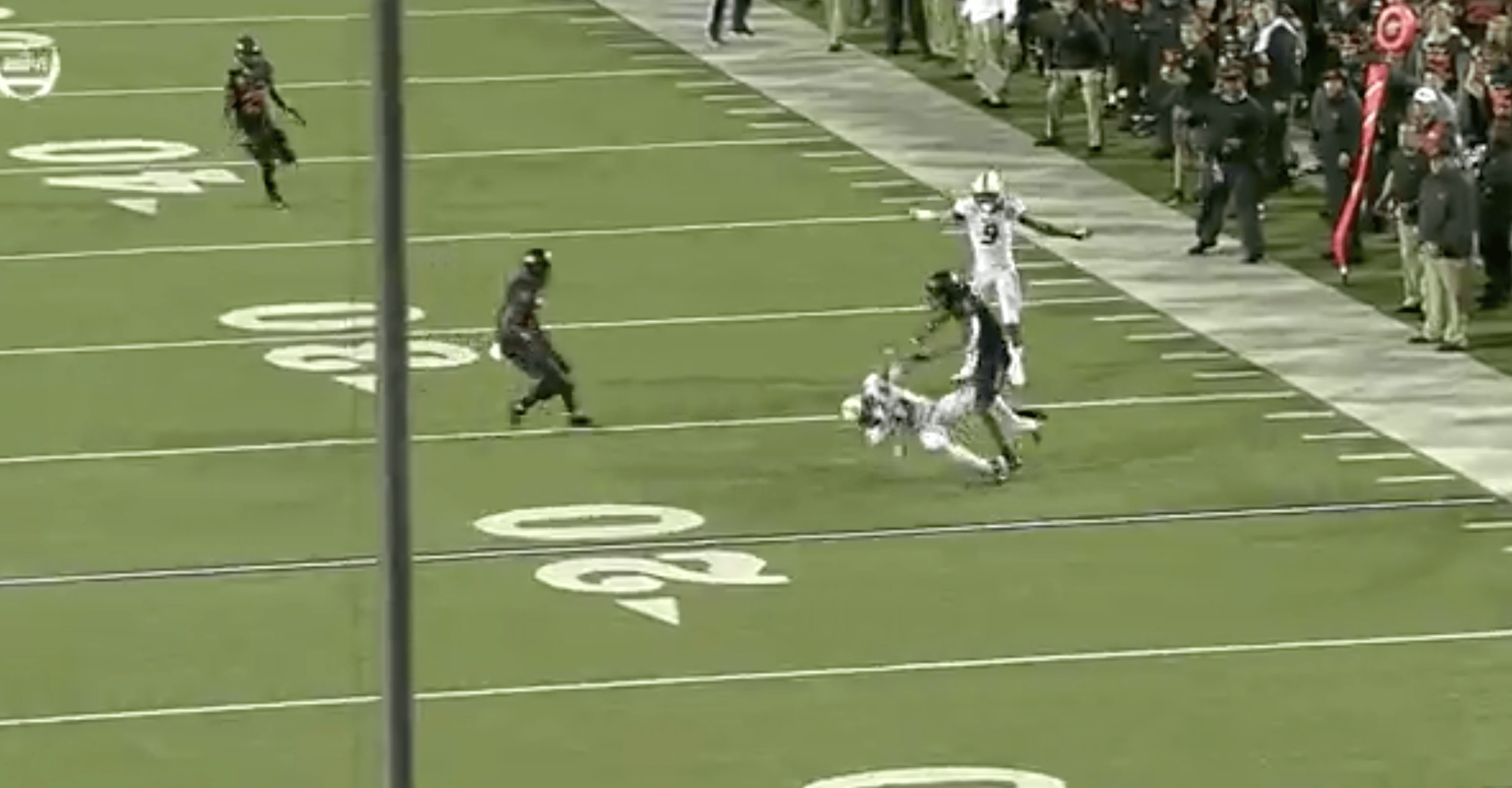 MEMPHIS, Tenn. — OSU is running short on cornerbacks. Following Rodarius Williams’ ejection in the first half for targeting, his replacement Kemah Siverand was ejected in the second half for the same penalty.

Siverand destroyed Mizzou wideout Dominic Gicinto at the beginning of the fourth quarter with this monster hit. The play wasn’t initially ruled a penalty, but the officials looked at the tape and tossed Siverand.

He has been replaced by Bryce Balous.