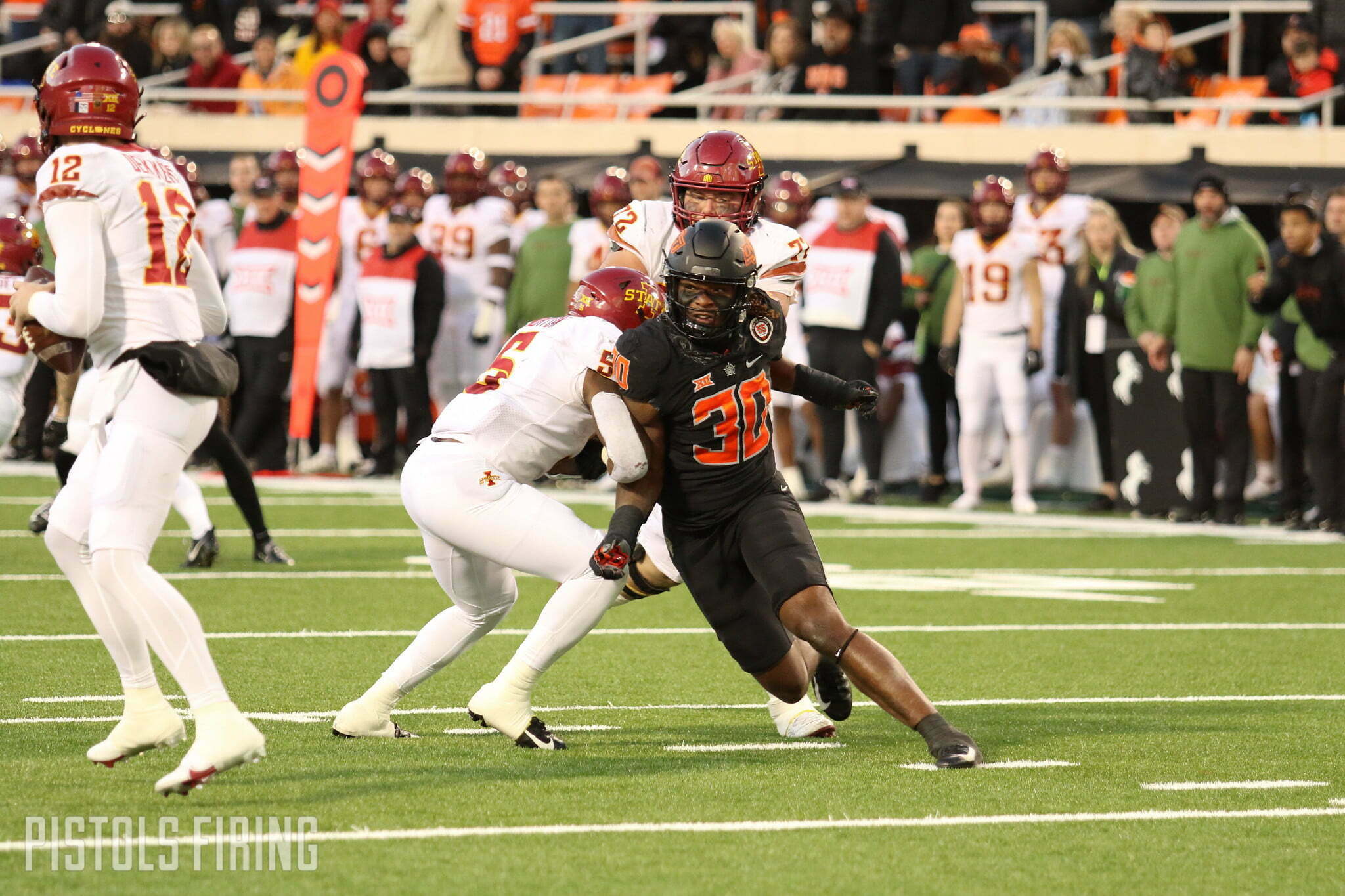 It’s been a wild Monday for all of college football, and Oklahoma State hasn’t escaped the craziness. But, there is at least some good news for the Cowboys on the opening day of the transfer portal.

Star defenders Collin Oliver and Kendal Daniels announced they are returning to Oklahoma State for the 2023 season. It started with this tweet from Daniels:

Then Oliver responded with a picture of OSU wide receiver CJ Tate before Oliver made a solo tweet of “Loyal and true”:

The duo are the back-to-back Big 12 Defensive Freshman of the year, with Oliver winning the award in 2021 before Daniels kept the hardware in Stillwater for the 2022 season.

Oliver, a true sophomore, has 15.5 sacks, 23 tackles for loss and 56 total tackles in his first two seasons on campus with a chance to improve upon those stats at the Guaranteed Rate Bowl. He was a Freshman All-American last season, a season in which he had 10.5 sacks a year removed from playing high school ball at Edmond Santa Fe.

After redshirting in 2021, Daniels, from Beggs, burst onto the scene in 2022, something everyone saw coming. A 6-foot-4, 205-pound safety, Daniels is a menace in the box or in the secondary. In the regular season, Daniels had 69 total tackles, 5.5 tackles for loss, three interceptions and a forced fumble.

The two were also highly touted high school prospects in the state of Oklahoma, making their returns all the more welcomed. Both were four-star prospects in OSU’s 2021 class with Daniels being the No. 101 player in the cycle and Oliver being No. 439.