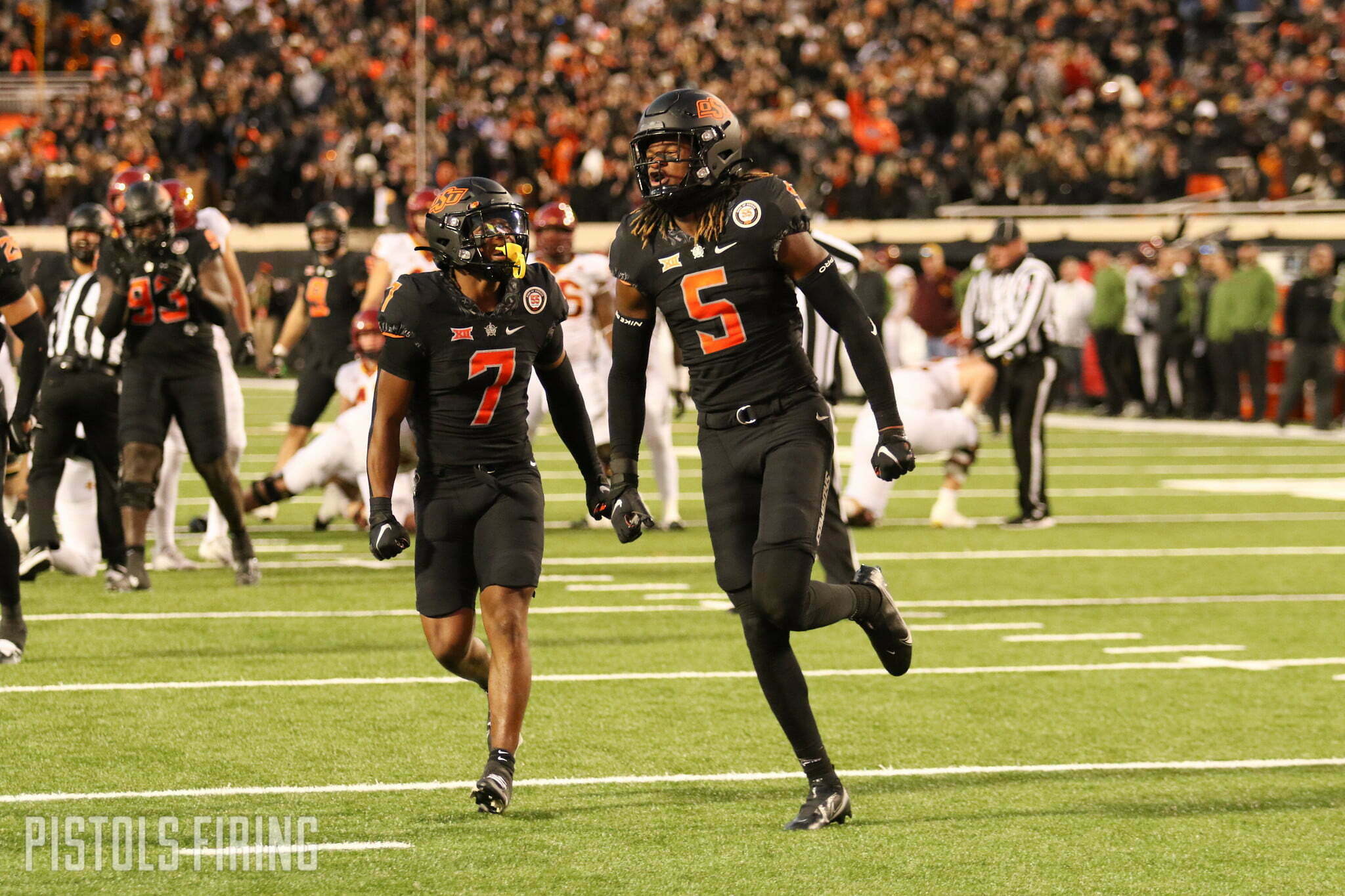 Kendal Daniels has been on a tear for his entire true freshman season, but his production has exploded over the last two weeks. Now he’s finally getting recognized by the Big 12.

Daniels was announced Monday as the Big 12′ Co-Newcomer of the Week, sharing the honor with Kansas State safety Drake Cheatum.

Here’s a rundown of his big performance which played a pivotal role in the Cowboys’ win.

The redshirt freshman safety created two turnovers, forcing a fumble and then grabbing his third interception of the year, which leads all freshmen in FBS. He followed up his career-high 11 tackles against Kansas by tying a team-high with 10 tackles. It’s his third double-digit game this season. He also added 1.5 tackles for loss.

Daniels is making a case to follow Collin Oliver as the league’s Defensive Freshman of the Year. With two regular season games to go, Daniels leads all Big 12 freshmen in interceptions, tackles, solo tackles, tackles for loss and passed defended. He’s also in the Top 10 in each of those categories among freshmen nationally, ranking first in picks and third in solo tackles.

This is Daniels’ first weekly conference honor and OSU’s 10th.