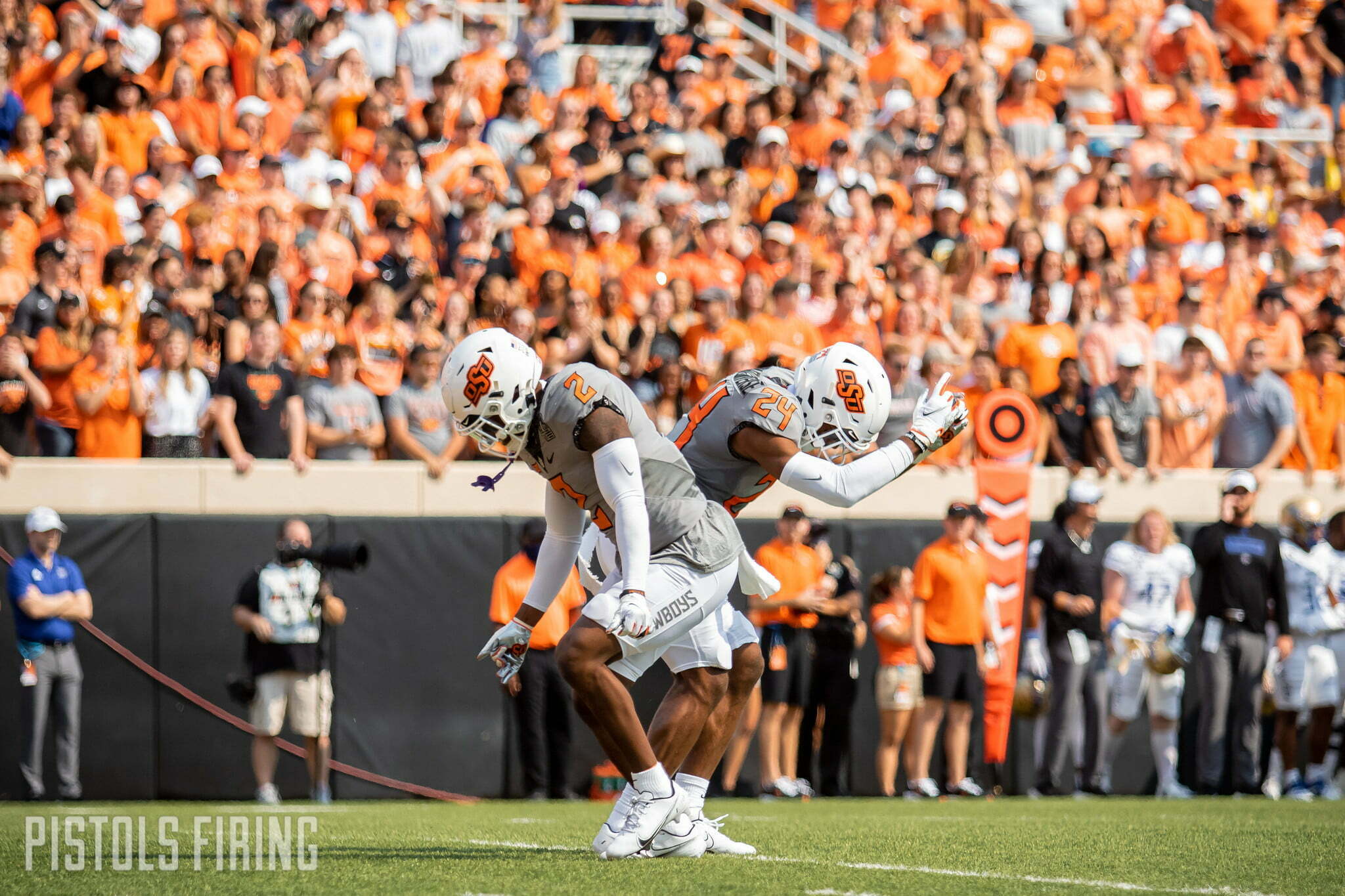 Oklahoma State’s conference-opener will be played under the bright lights of Boone Pickens Stadium. The football program announced Monday morning that the game, a Sept. 25 showdown vs. Kansas State, will kick at 6 p.m. from Stillwater. It will air on Big 12 Now and ESPN+.

OSU against all odds has made a habit of landing in night games thus far this season — call ’em the Primetime Pokes! — with the Week 4 game against K-State set to be its third primetime appearance in four games. They also aired in primetime in the season-opener against Missouri State and will kick at 8 p.m. on Saturday against Boise State.

OSU last season played in only one night game all year (games that kicked off after 5 p.m.), and that was a 41-13 loss to OU in Norman that began at 6:30 p.m. The prior year, OSU played Kansas State in a night game from Stillwater and won 26-13 in its second conference game of the season to improve to 4-1.