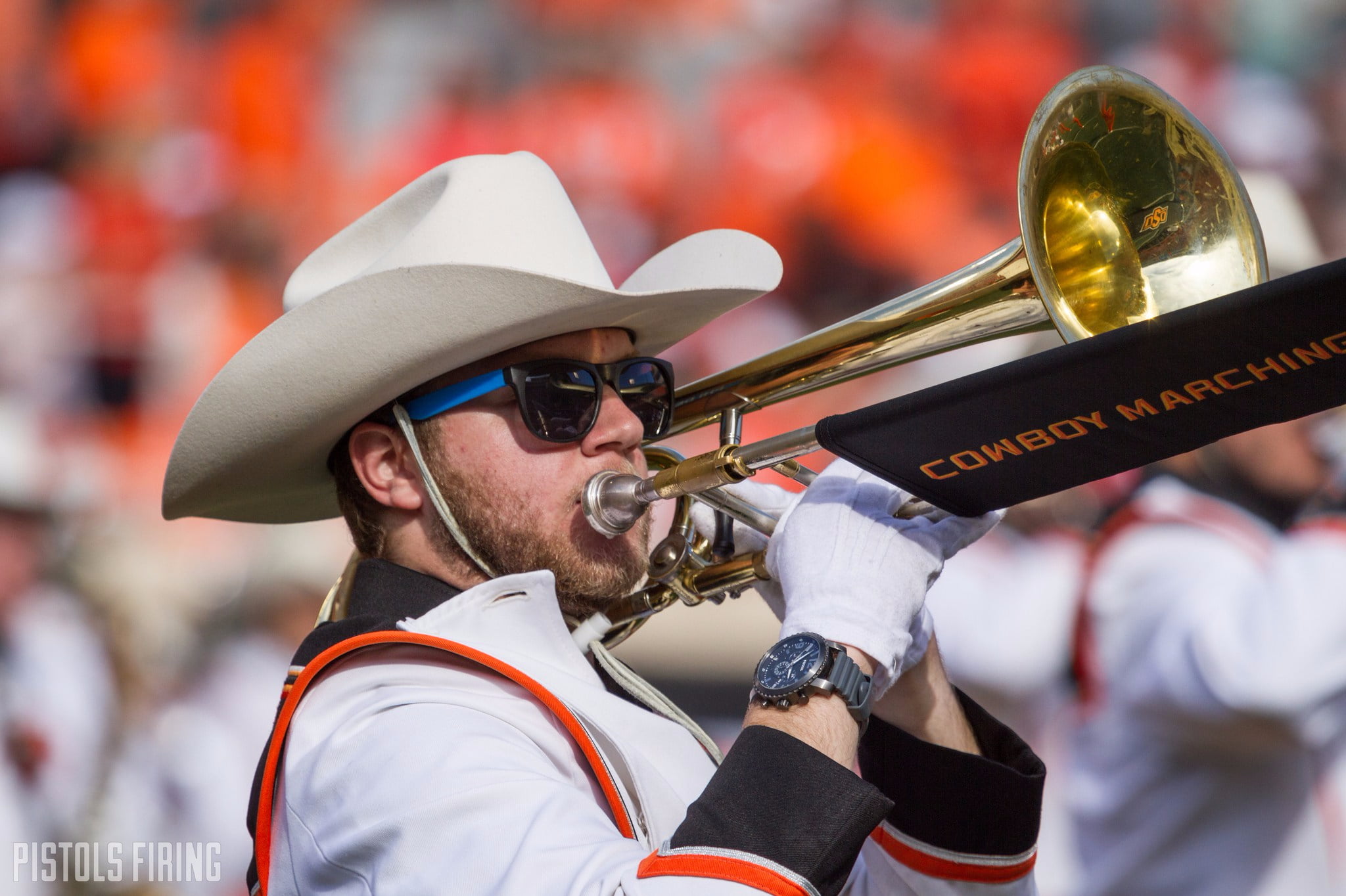 Only three (maybe four) Oklahoma State football games left. Where has the season gone. Let’s all just agree to enjoy them as much as possible.

That also means, only a few more chances for our players to catch up to the enemies.

Our picks from the enemy come courtesy of Luke Thompson, who covers the Wildcats for the SBNation site Bring on the Cats. Luke was kind enough to jump in last minute and help us out! 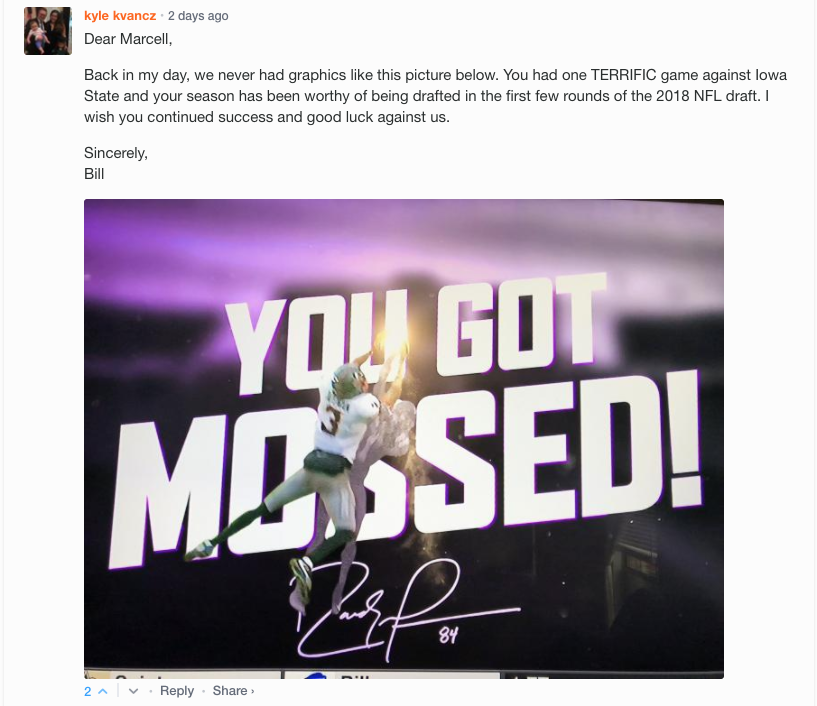 Now to the bets:

• Against the Spread: OSU (-17.5) – The Cowboys are big favorites over a team they’ve won five of the last seven against. But they’ve been outscored by 19 points during that stretch.

• More Rushing Attempts: OSU or Kansas State: Both teams are fairly balanced offensively, but Kansas State at this point is more of a running team than a dynamic passing team. However, the way OSU has been calling games early, and the way Justice Hill has been playing lately, could the Cowboys out carry the Wildcats?

• King of the Game: Defensive Line – It’s been awhile since we went to this side of the ball. Pick one defensive lineman from either team you think has the biggest impact in the game on Saturday.

So without further adieu…

Bet Against the Spread: Oklahoma State
If I want any chance of winning, then I need to gamble here. I have complete faith that Oklahoma State will win this game. But by 18 points? The last time the Cowboys won a game in this series by more than 10 points was 1988. Yes, OSU has won six of the last eight, but their average margin of victory in those six wins; 5.33 points. Still, things are falling apart for this Kansas State team. I think OSU wins big.

More Rushing Attempts: Oklahoma State
I go back and forth on this one. I think OSU plays with a lead for most of the game which forces Kansas State to throw to try and keep up. That means Gundy can just play “run the clock with Justice” for most of the second half.

Over/Under: Under
I think last week was a fluke for Oklahoma State. I’m going to guess they combine for 10 and hit the under.

King of the Game: Jordan Brailford
The defensive end leads the team with four sacks this season. I think he nabs his fifth this weekend and helps to shut down Kansas State’s run game.

Prop Bet: Oklahoma State finished with twice as many yards as Kansas State.

Bet Against the Spread: Kansas State
I know better than to assume this game would be that easy.

More Rushing Attempts: Oklahoma State
Both teams want to run the ball and both are pretty close when you look at the season numbers but I think the Cowboys go up by a couple of scores and Gundy and Co. try to run clock, with K-State playing a little catchup late.

Over/Under: Under
Ugh. Under, I hope. OSU had a rough game last week but a lot of those were mental errors by upperclassmen who should know better.

King of the Game: DeQuinton Osborne
You could probably pick one of several guys but I think DQ is going to have to be good to help OSU contain the K-State running game.

Prop Bet: QB Skylar Thompson is going to be starting just his second career game. Send help! At one point, Thompson looks like the next Collin Klein and strikes fear into OSU fans everywhere Or a wide receiver takes QB snaps and does the same.

Bet Against the Spread: Oklahoma State
OSU has been solid against the run for the most part and K-State will not be able to contain the potent Cowboy offensive assault.

More Rushing Attempts: Oklahoma State
Both teams are fairly balanced offensively, but Kansas State loves to run the ball, especially with the QB run. I just think KState will fall early behind the Pokes and be forced to abandon their running game earlier than desired leading to more OSU rushing attempts.

Over/Under: Over
Oklahoma State averages 5.6 a game, while Kansas State averages 5.5. OSU has committed 14 penalties in their last two games. Until that department get shored up, its hard for me to pick the under here.

King of the Game: Jordan Brailford
I really enjoy watching Jordan play and he is a graduate from my alma mater, THE Booker T. Washington in Tulsa, Oklahoma, so I am a little bit biased.

Prop Bet: Sort of game related, but I think the Texas Tech upset of TCU is announced by Larry Reece over the BPS loudspeakers and the sea of orange goes nuts.

Bet Against the Spread: Oklahoma State
Earlier in the week, I probably would have said K-State will find a way to cover just because this team almost always finds a way to stay close, somehow. But with all the Bill Snyder news serving as a potential distraction and some seriously concerning injury rumors, I can’t see how this defense stops the Cowboys, and the offense was never going to be able to keep up in a shootout.

More Rushing Attempts: Kansas State
This is tough. It might come down to how nice Mike Gundy wants to be, but while it’s competitive I think K-State will want to rush more to keep the OSU offense off the field, and that offense will probably get some big plays to limit the total numbers.

Over/Under: Under
This is by no means the most disciplined Bill Snyder team we’ve ever seen, but by this point in the season I’d like to think the penalties will be limited. Plus, there should be less if this turns into a blowout early

King of the Game: Will Geary
This is a bit of a sore subject given all the missed tackles by everyone last week, but since Kyle Cox told me on our podcast earlier this week OSU doesn’t have a major disruptor, I’m going to give Will Geary the benefit of the doubt.

Prop Bet: Well, we’ve been talking a lot about who’s calling plays, so I’m going to bet Collin Klein gets to call plays for a quarter. We’ll probably never know for sure if this happens, but presumably you’ll know when K-State runs the QB read every play on consecutive possessions…

Bet Against the Spread: Kansas State
Unfortunately, I do not believe OSU will cover (I hope I am wrong). Like the stats say, we have beaten them but not by much as they have actually outscored us over the last couple of seasons.

More Rushing Attempts: Kansas State
Oh boy – Justice (AKA Barry/Thurman Jr) Hill is having quite the season, to say the least #Hill4Hesiman – #SorrySinor. However, does Kansas State even pass the ball? Or do they even have much of an Offense? Their QBs have combined for a total of 218 pass attempts vs 391 RB carries. For perspective, OSU has 374 pass attempts vs 400 RB carries (I think the UT game gave us 100 of the RB carries). I am going to give the edge to Kansas State to have more rushing attempts. OSU will air out the ball to continue to raise Washington’s and Ateman’s draft stock.

Over/Under: Under
This is a good over/under question here! I think after last week’s silly penalties for OSU, Gundy will have them cleaned up. Then you have the wizard on the other sideline, I will take the under.

Prop Bet: I will create my own over/under here and state that the commentators (better not be Tommy) will mention the handwritten letters by Bill and Gundy at least 5 times during the game broadcast. Bonus points for bringing up Boone’s Bedlam letter to Gundy!