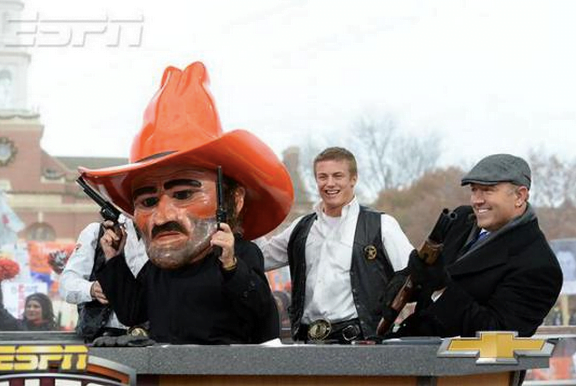 Mark Cooper interviewed Lee Corso in the Tulsa World today and it was pretty great. Corso churned out (unintentionally, perhaps) this hilarious quote.

Here’s what happened last year when he was given pistols and a rifle. I do love how Chris Fowler and Kirk Herbstreit are diving towards the Student Union and Marcus Smart doesn’t even move.

And I don’t think Herbs and Fowler were just putting on a show, either. I think they were genuinely concerned.

And of course this.