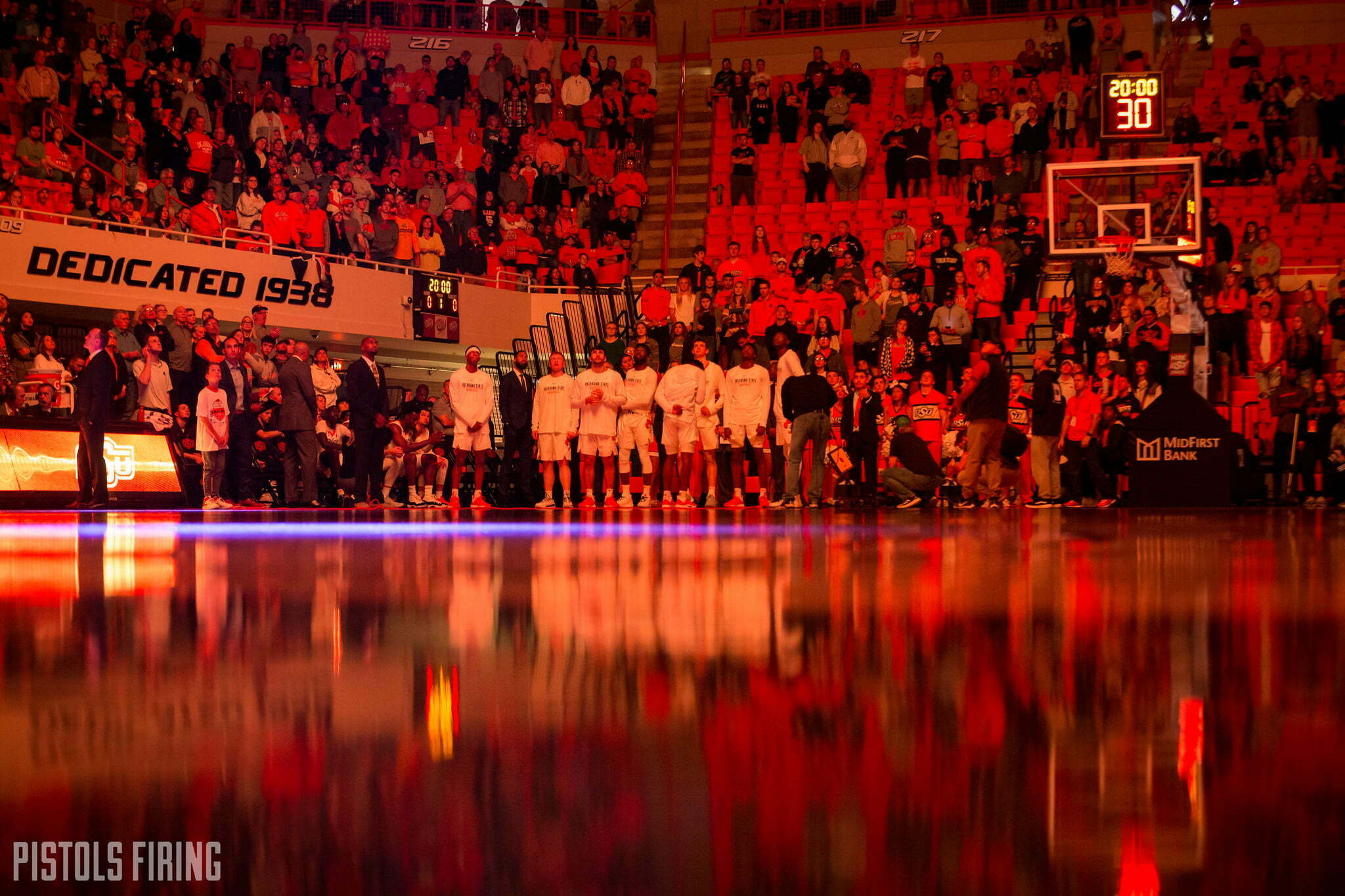 Even the NCAA is getting creative with its content creation these days. On Thursday — as the first round of the Dance was supposed to start — the NCAA put out this bracket of the best moments in March Madness history.

There’s an Oklahoma State slant, too, as John Lucas III’s game-winner against the fighting Jameer Nelsons to go to the Final Four got a No. 15 seed in the Elite 8 Region (bottom left as you’re looking at the bracket). 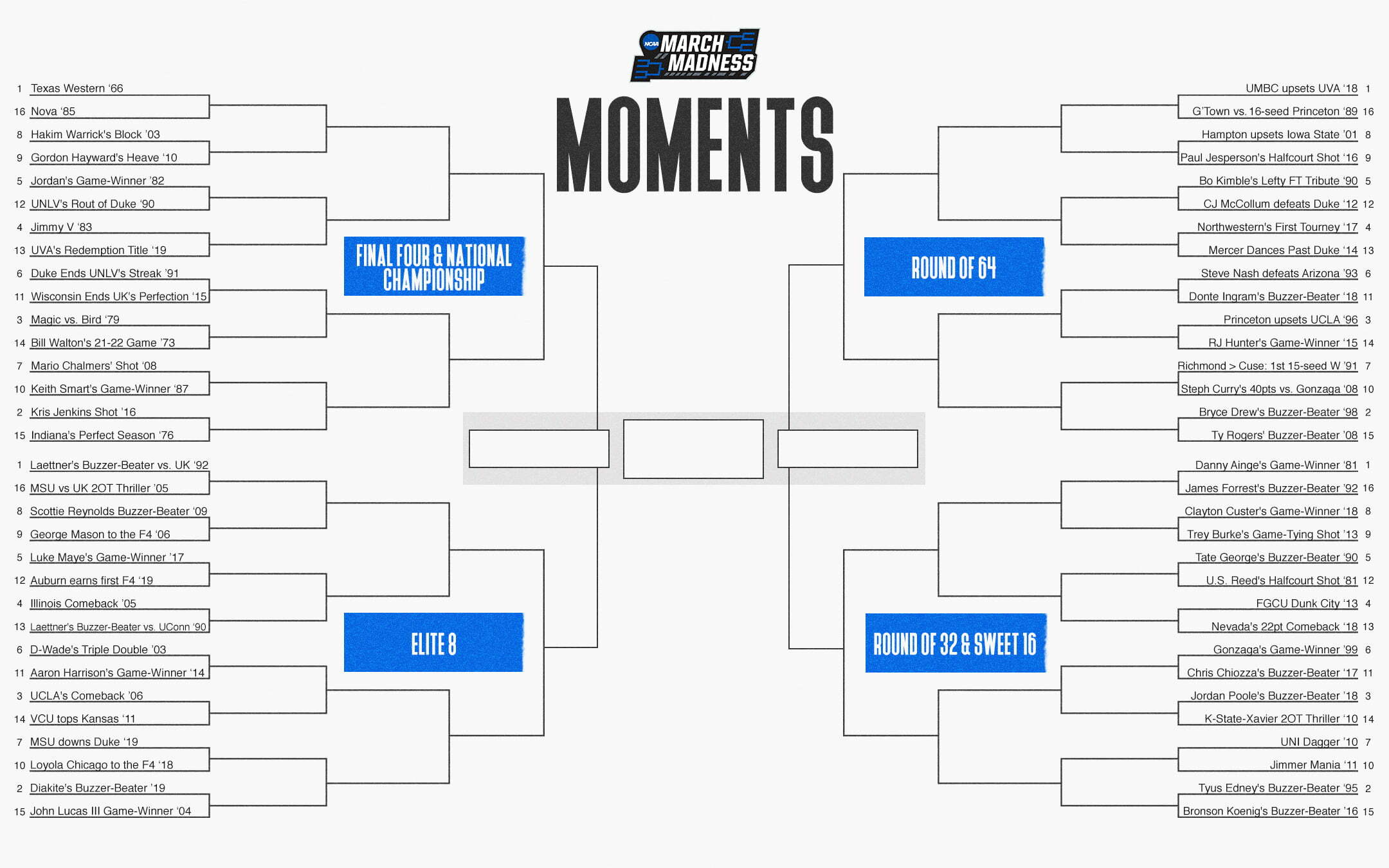 So of course we need to play this out and get OSU to the Final Four of this bracket. Here’s a closer look. 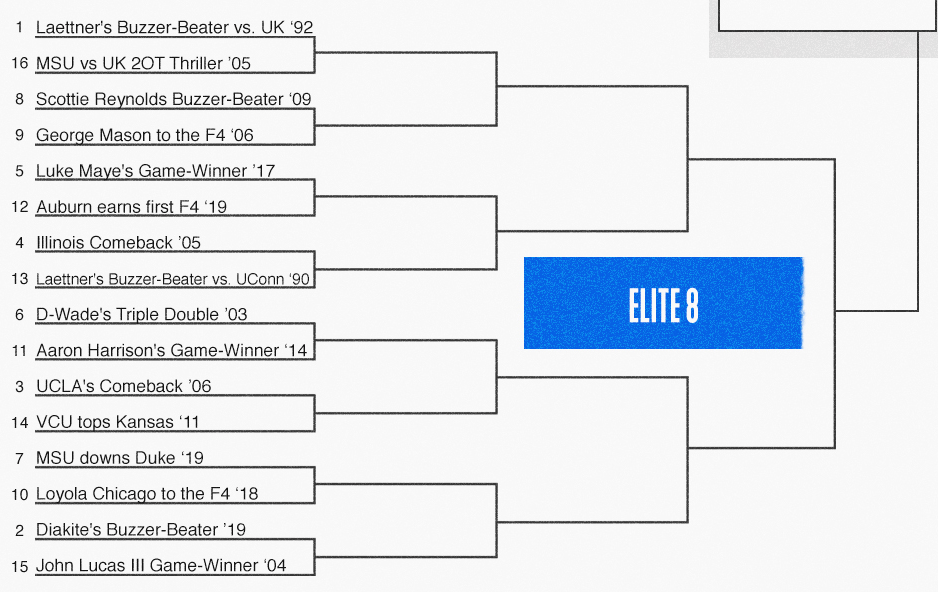 No. 2 seed Mamadi Diakite ties it up (R1) — This one is actually … easy? Diakite’s shot was great, but it was to tie the game against Purdue, not win it. I get that Virginia was the No. 1 seed and won it all, but Lucas’ was just better.

No. 10 seed Loyola Chicago (R2) — I’m presuming the upset here over No. 7 seed Michigan State in Round 1. Here’s the deal with Loyola — it wasn’t a great moment. It was a great two weeks, but they beat Kansas State by 16 in the Elite 8 to go to the Final Four. Cool. Lucas’ moment was iconic. In fact, how in the world was Lucas’ shot a 15-seed here?! Regardless, that’s 2-0 and onto the heavyweights in the Sweet 16 of our bracket.

No. 3 seed UCLA’s comeback (S16) — You know this as the Adam Morrison game, which actually happened in the Sweet 16. This is the Elite 8 Region, therefore I’m declaring No. 3 seed UCLA ineligible as Oklahoma State advances to face …

No. 1 seed Laettner’s buzzer beater (E8) — OK, I can’t do it. I can’t put 15-seed Lucas in over the most iconic basketball shot ever (?). As much of a homer as I am, I have to cede the way to Laettner, which will eventually win this faux national title (and the only one we get this year).