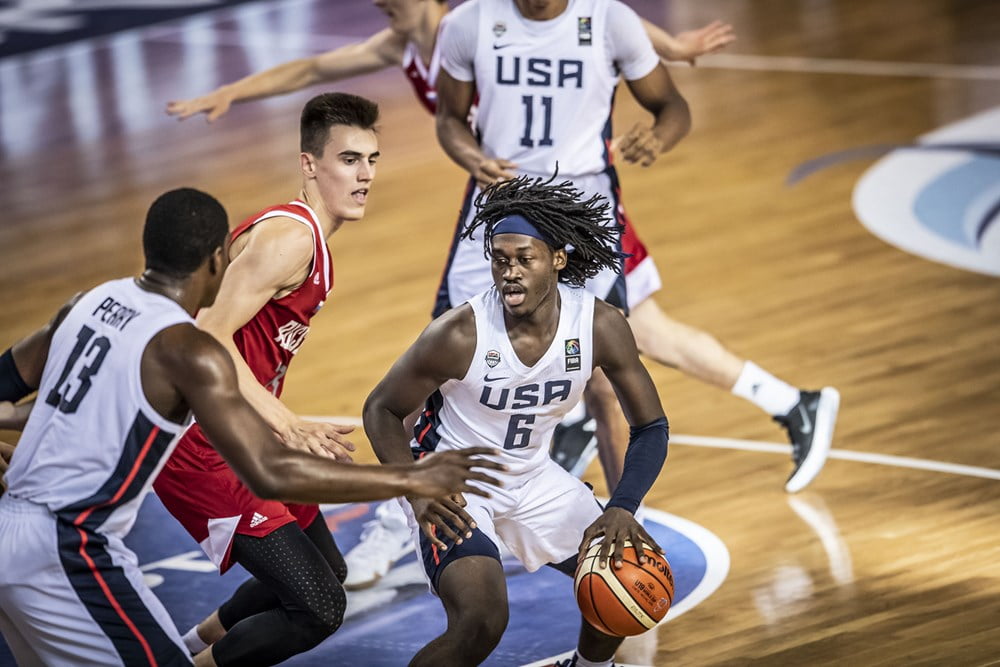 The sequel to the movie “Miracle” wasn’t made Friday.

The United States defeated Russia 95-80 in the quarterfinals of the U19 FIBA World Cup in Greece. With the victory, the Americans advance to play Lithuania in the semifinals Saturday.

The U.S. raced out to a 51-27 halftime lead, but the Russians responded out of the break, outscoring the Americans 30-17 in third quarter. The U.S. held off the Russian attack in the fourth to secure its 15-point victory.

It was a tough shooting day for Oklahoma State sophomore Isaac Likekele and OSU’s top 2020 target Cade Cunningham. The duo went a combined 2-for-12 from the field, both scoring five points in the game. As is the norm for the two playmakers, though, they found other ways to get involved.

Likekele ripped down seven boards to go with three assists and three steals. Cunningham and a game-high nine assists with his five rebounds.

Lithuania beat Serbia 92-85 on Friday to secure its spot in the semifinal. The U.S. already played Lithuania once, a game the Americans won 102-84 in the group stage. Cunningham scored 21 points against the Lithuanians that game, and Likekele had 11 points.

Lithuania actually finished third in Group A after losses to the U.S. and New Zealand, but the Lithuanians find themselves in the semifinals after defeated Australia and then Serbia in the bracket portion of the tournament.