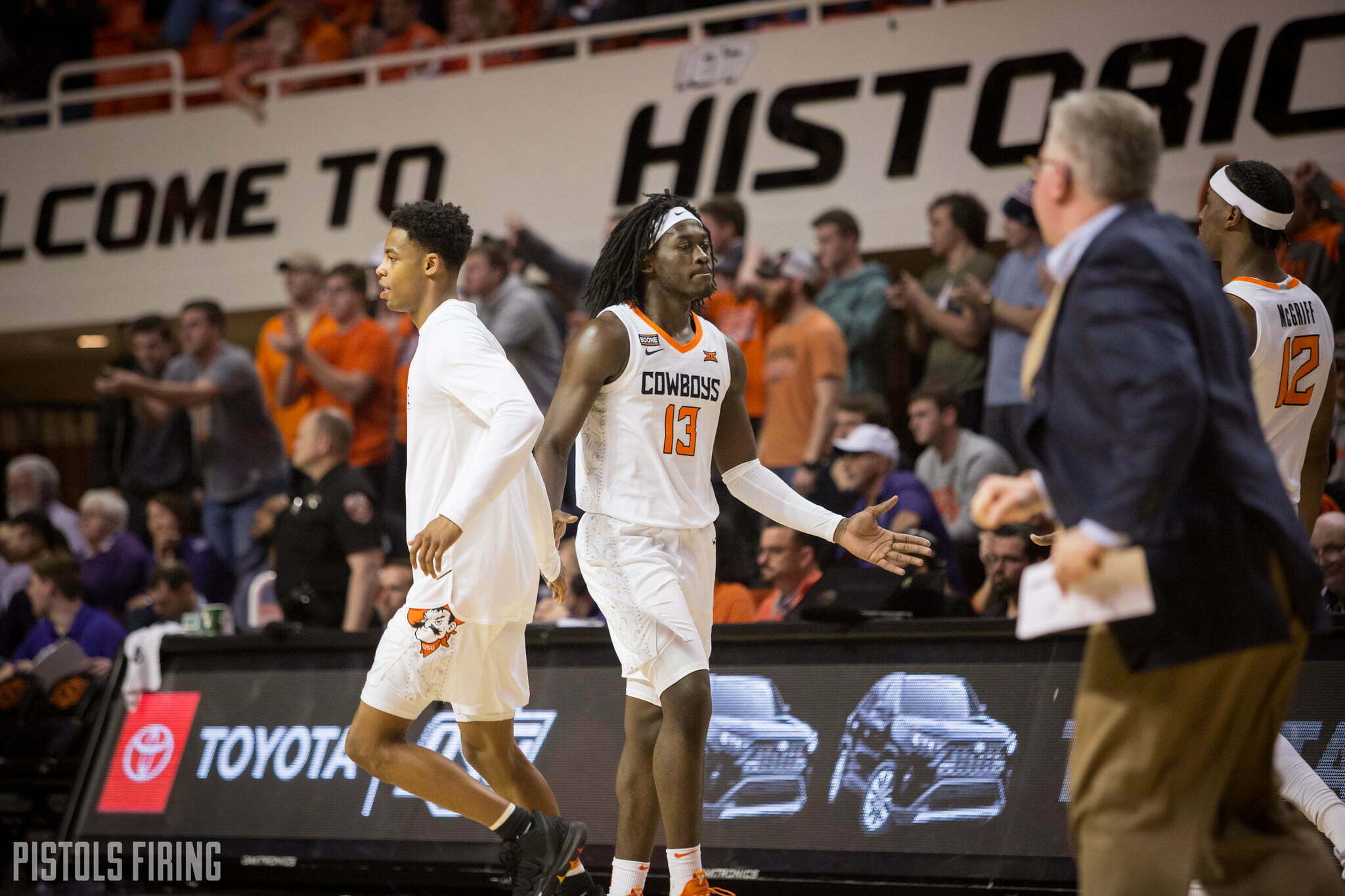 Since Isaac Likekele stepped on campus at Oklahoma State, he has been a leader, but his leadership abilities will be put to the test next season.

In summer practices before Likekele’s freshman season, he was already organizing his then-class of five as the Cowboys’ veterans were thumping them in scrimmages. He has always been one of the more vocal players in practices, but he also had players older than him to help.

Last year’s team captains Cameron McGriff, Thomas Dziagwa and Lindy Waters are gone, and now Likekele’s leadership might be more important to the Cowboys than his on-court performance.

“I feel like there’s really no excuse for me not to lead,” Likekele said this week. “The past two years I would lead then sometimes I might stop leading for a couple of minutes, but that’s because I knew I had Cam, Diz and Lin right there. But now I’m one of the most experienced guys, I don’t want to say oldest because I know I’m pretty young, but I’m one of the most experienced guys on the roster. So, I know I gotta lead the whole time throughout the whole season on and off the floor for these young guys.”

Boynton said though some fans were critical of McGriff, Dziagwa and Waters, it’ll be a tough ask to replace the character, work ethic and resiliency that group was able to instill. It’s something that Boynton has already brought up with his junior point guard.

“I’ve already had conversations with our returners about their responsibilities now in that regard,” Boynton said. “I already told Ice. We don’t have a senior returning to our program. We will have a senior in [graduate transfer] Ferron [Flavors Jr.] on our roster. He doesn’t know anything about Oklahoma State basketball. Isaac Likekele is our most experienced player period.”

One thing Likekele will have to do is get all of OSU’s backcourt players on the same page. Likekele, Cade Cunningham, Ferron Flavors Jr., Avery Anderson, Chris Harris, Keylan Boone, Rondel Walker, Donovan Williams and Dee Mitchell will all be listed guards on OSU’s roster next season.

That will be a lot of competition for playing time, and it’s important that competition stays healthy.

“You just gotta be ready to come in and compete. Then at the end of the day, we’re building team chemistry, we do things so it’s not an envy type of relationship. It’s a, ‘You my brother, so I’m going to destroy you so we can both get better’ type of deal.”