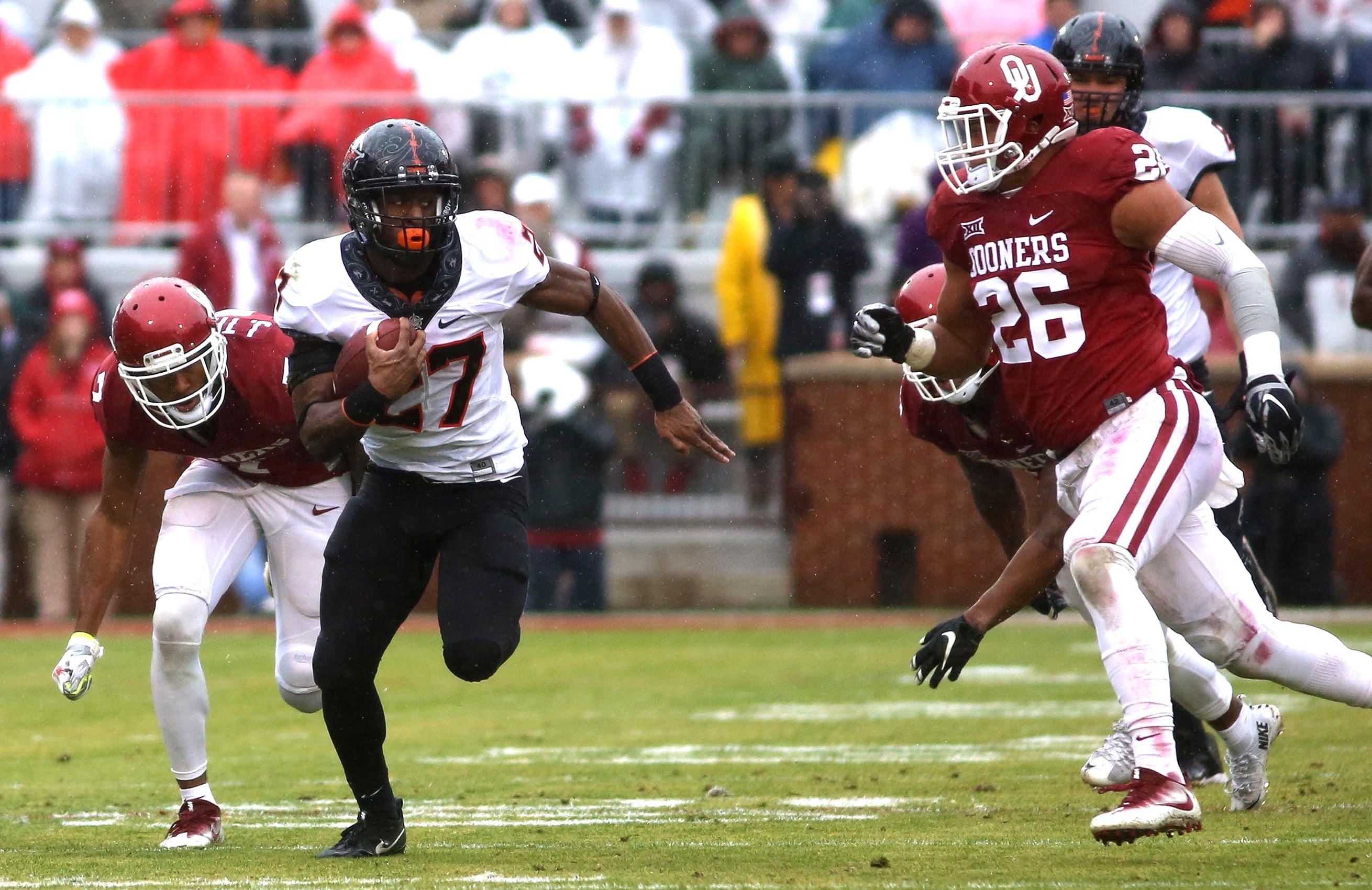 As we wind down looking at Bedlam (thankfully) I wanted to look at the drive charts to see where it went wrong for Oklahoma State. Hide your kids. Hide your wives.

Where did OSU lose the game? How about punting on five of the first six possessions? OU has one of the greatest offenses in Big 12 history. You knew they’d score. You had to get a lead there, and all you could do was get three points. Sad!

Oklahoma State actually won the field position game big time. It didn’t get points on the only turnover it got, though, and couldn’t put any sustained drives together other than right at the end of the first half.

OU essentially ended the game going TD-TD-TD-Fumble-TD-TD because Perine took a knee at the one with a few minutes left. That’s not how you close out a Big 12 title, but again, this game was lost by the offense in the first quarter.

That 2.92 number looks good because OU averages over 3.4, but if Perine scores it jumps to 3.46 so it’s really not all that impressive. Making them start on their own 21 was, though. #Sinor4Heisman. Also, how about those final six drives for OU? All over 50 yards, four (should have been five) TDs. Whoooo boy, Lincoln Riley gonna get paid.