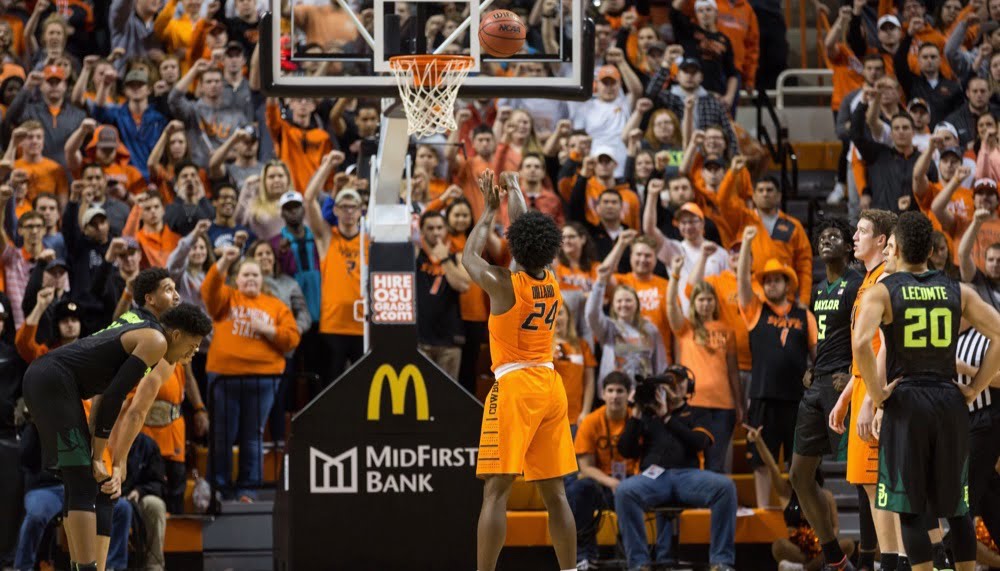 Oklahoma State heads to Kansas City for the 2017 Big 12 Tournament on a two-game losing streak but with all the optimism in the world still in tow. The Pokes actually might have had a better regular season than you thought. I put together this chart of regular season wins plus Big 12 tournament seed in a given year since Travis Ford took over in 2009.

This year is actually one of the better years in recent memory. Brad Underwood won a Travis Ford-like amount of games (nine), but OSU beat the teams it was supposed to beat and thus got a solid seed. That 2009 season is hidden behind 2010, by the way, which is why you can’t see it. Anyway, Oklahoma State will take on Iowa State on Thursday for the third and final time this year. Here is a look at the schedule of events including when OSU could play all three of its games.

Here is the full bracket. Oklahoma State was 7-8 in the Big 12 Tournament under Travis Ford.