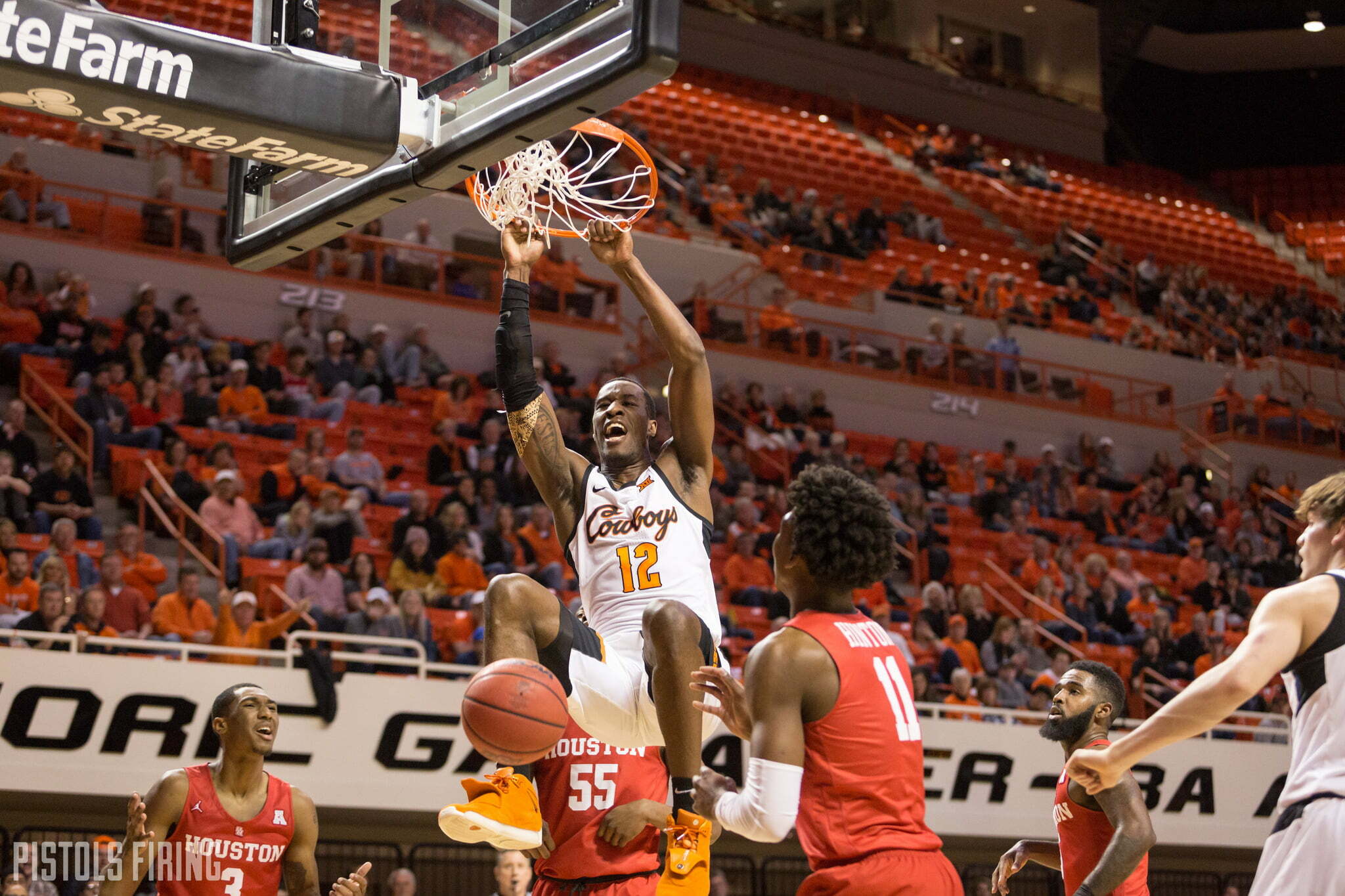 Cam McGriff came to Oklahoma State as a high-upside physical freak. A 19-year-old in a 25-year-old’s body. As a rookie he was raw, but drew praise from seniors like Phil Forte, who said, “I don’t think I’ve had as much respect for a freshman since I’ve been an upperclassman as him.”

In Year 3, he is Oklahoma State’s best player and an unquestioned leader on a criminally shorthanded team just trying to keep its head above Big 12 waters.

How the rest of 2018-19 pans out is yet to be seen, but McGriff is unlikely to leave to test NBA waters before his final year. If nothing more, lack of team success would keep him off most scouts’ radars. But when his final days in Stillwater are done, how will he project as an NBA prospect?

Let’s take a look at McGriff’s game today based on where he’s come from, and how he projects at the next level.

McGriff leads the Cowboys scoring 13.7 points per game to go with 8.3 rebounds (second in the Big 12) and 2.1 assists. That’s comparable to what he averaged as a senior in high school (14.3 points, 7.4 rebounds and 1.6 assists), and shows just how far he’s come as a player in two-plus years.

Needs to work on

McGriff has made his hay in college by being bigger, stronger and more athletic than most of his counterparts, even in the talent-rich Big 12. But he would not enjoy that luxury in the NBA.

His strength and athleticism will transfer to the pro level, but McGriff is a bit of a tweener. At 6-7 a lot of teams would look at him more as a small forward or wing than the bruiser he has been at OSU. His best bet is to tweak his game.

It’s a similar issue to that which Le’Bryan Nash faced coming out (except that Nash was a more prolific scorer). McGriff needs to be able to create his own shot, handle the ball when needed, and he needs to improve as a 3-point shooter. He has a decent stroke and shot 36.8 percent on the year as a sophomore, but that has dropped slightly to 34.7 percent through 18 games this year as his attempts have increased from 1.6 to 4.0 per game. 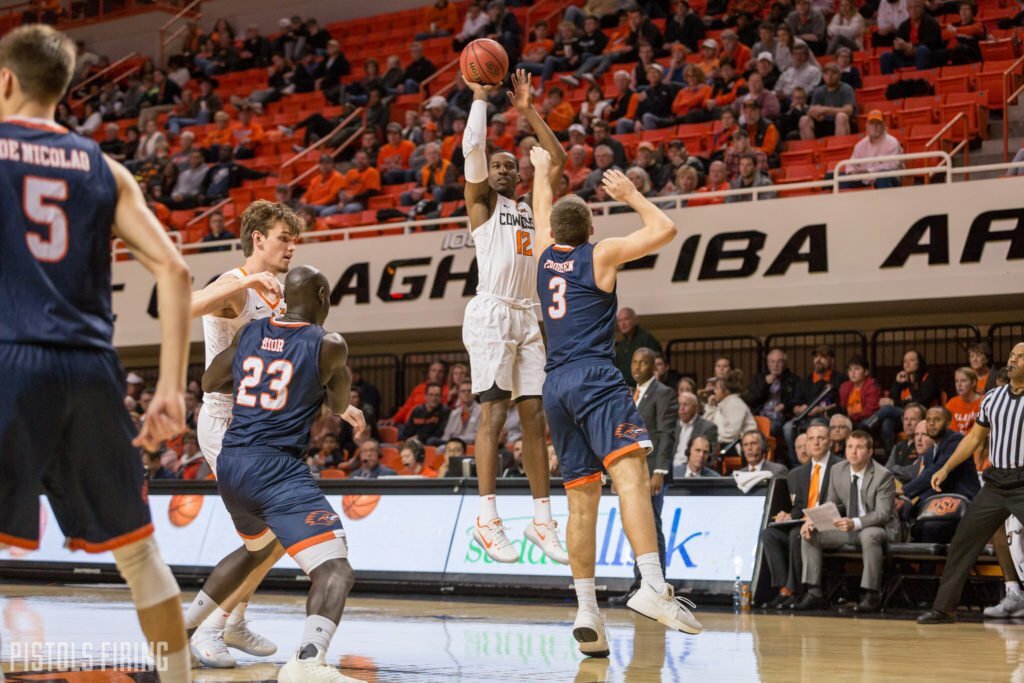 For that matter, McGriff has seen a dip in his overall efficiency as he’s shouldered more of a scoring load this season. His field-goal percentage fell from 48 percent last year to where it sits currently at 39.5 percent. According to KenPom, his offensive rating went from 13th-best in the Big 12 in league play as a sophomore (117.2 according to KenPom) to 106.2 through six conference games this season.

McGriff will need to become a defensive stopper. He would have to show scouts that he can stay in front of smaller, more agile guards, but his willingness to take a charge and athleticism showcased as a shot blocker are a plus. For him to have a shot as a pro, McGriff needs to use all of those tools and be cerebral defender. It’s what’s between the ears that would ultimately allow him to be a next-level defender.

McGriff is an exceptional athlete for his size, but doesn’t boast the measureables or upside that make NBA general managers swoon. And he hasn’t yet put up the numbers or showcased the skill set to be a first-round draft pick. He could find his way into the NBA by way of the G League, but would ultimately need to fill the role of a utility specialist, like as a 3-and-D guy (again both areas in which he needs to improve).

Marshall Scott brought up an interesting comp for McGriff in Draymond Green. The two have similar size but McGriff would undoubtedly out-athlete the Bay Area heel. But as a multi-time all-star and former Defensive Player of the Year, Green’s career represents a best-case scenario for someone like McGriff. Quincy Acy, who Marshall also brought up, may be a more realistic comparison, but that would still require some work over the next two seasons.

The biggest factors for whether or not the Crime Dog makes it as an NBA player will be fit and wit. Just finding a spot and sticking would require improvements on both sides of the ball. But McGriff has shown to be a hard worker and has an ability to improve in a short time. If anyone on this roster is capable of molding his game into that of a more desirable prospect, it’s McGriff.