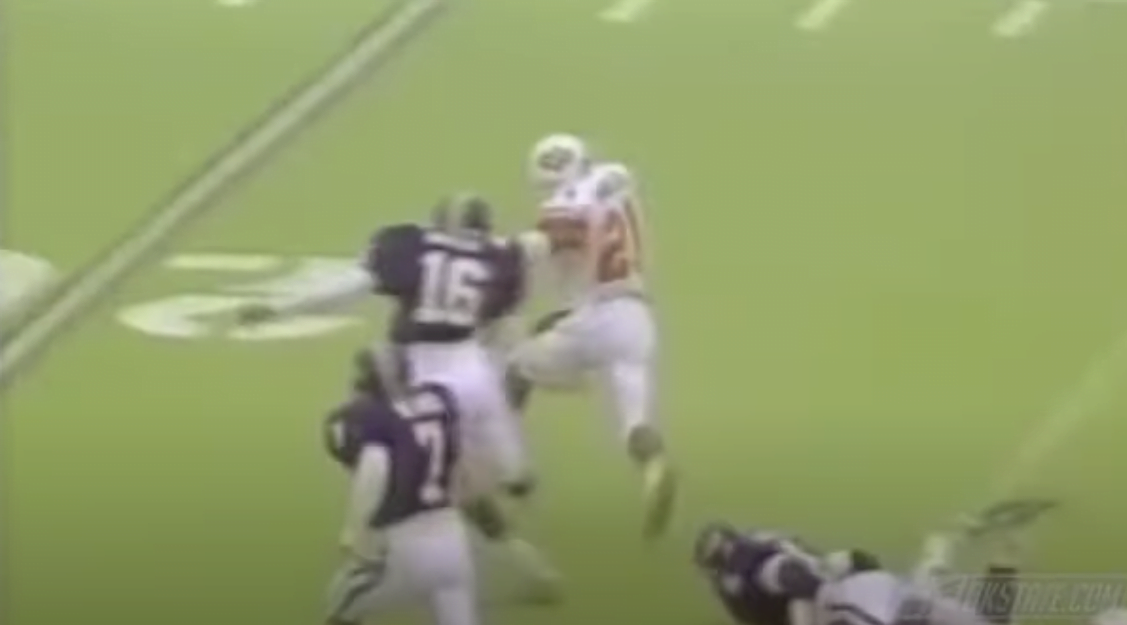 One thing I’ve been wanting to do is walk back through all of Barry Sanders’ games from the 1988 season and write about them individually. That’s what this series is about. Old articles, quotes, stats and tidbits you may have missed or didn’t know about.

Things got real starting with this game. Barry toted it 37 times for 320 yards and three TDs. The 320 yards was a new school record at the time (which stood for barely more than a month) and one of four 300-yard games that season.

Here’s a look at the most rushing yards in a single game in OSU history. 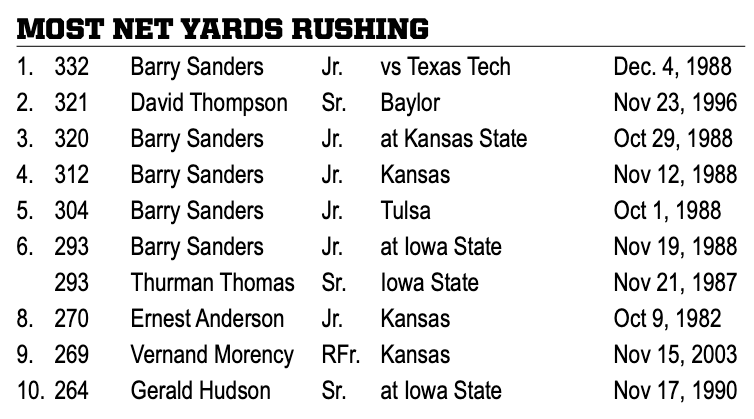 *Note this doesn’t include anything Chuba did in 2019.

OSU was ranked 12th in the country, favored by 38 and should have walloped KSU in Manhattan, but they didn’t (the sub-headline in The Oklahoman the following day read, “OSU escapes K-State 45-27”). Barry carried the day with his 320 yards (second-most in Big Eight history at that time), and OSU rallied from an early 14-7 deficit after an onside kick put them in a hole.

“Once it started up, once it really got going offensively … another man among boys deal,” said Pat Jones recently about this game and Barry’s performance. “It was always big when Barry went back to Kansas because more of his family was always around. He’s a native of Kansas. Once it started with him, he just literally ran wild.

“We probably needed a bunch of those yards that day with them because we were scrambling a bit.”

The 320 yards brought Barry to a total of 1,476 on the season (remember, the season was barely halfway over) as he kicked his Heisman campaign into another gear.

“He had how many?” asked KSU coach Stan Parrish after the game in The Oklahoman. “Three twenty? Lord, deliver me. I told the kids I thought they did a pretty good job on him.”

Compared to the rest of OSU’s slate, Kansas State did kind of do a decent job on Sanders. His yards-per-carry numbers coming home were an absolute joke and probably buoyed by QB1 and Sanders’ backfield partner (and now OSU’s head football coach).

Mike Gundy told a story recently about how the coaches wanted Barry to go back in the game late to get the all-time single-game rushing record (357 yards at the time). Sanders declined, though, according to Gundy.

“Records didn’t mean anything to him,” said Gundy. “Individual accomplishments weren’t important to him. All he had to do is go back out for one more series.”

This was also the game after which this fun little tidbit recently arose.

[OSU teammate Jason] Kidder can attest, most notably from sitting next to him while traveling home after a win at Kansas State, where Sanders had just rushed for 320 yards. “Everybody else is cutting up,” Kidder said. “And he’s asking me if I can help him with his math homework.” [ESPN] 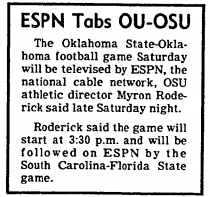 I would have enjoyed covering Barry Sanders’ Heisman season (if the internet had existed at the time and I wasn’t, you know, 3 years old).

The closing stretch will be fun to look back on. OSU’s eighth game of the 1988 season was against Oklahoma, and it was on ESPN, which was a big deal at the time as evidenced by this little note in The Oklahoman following the Kansas State tilt. Back with that one next week, but for now enjoy these highlights from what at the time was the new school record for most rushing yards in a single game.