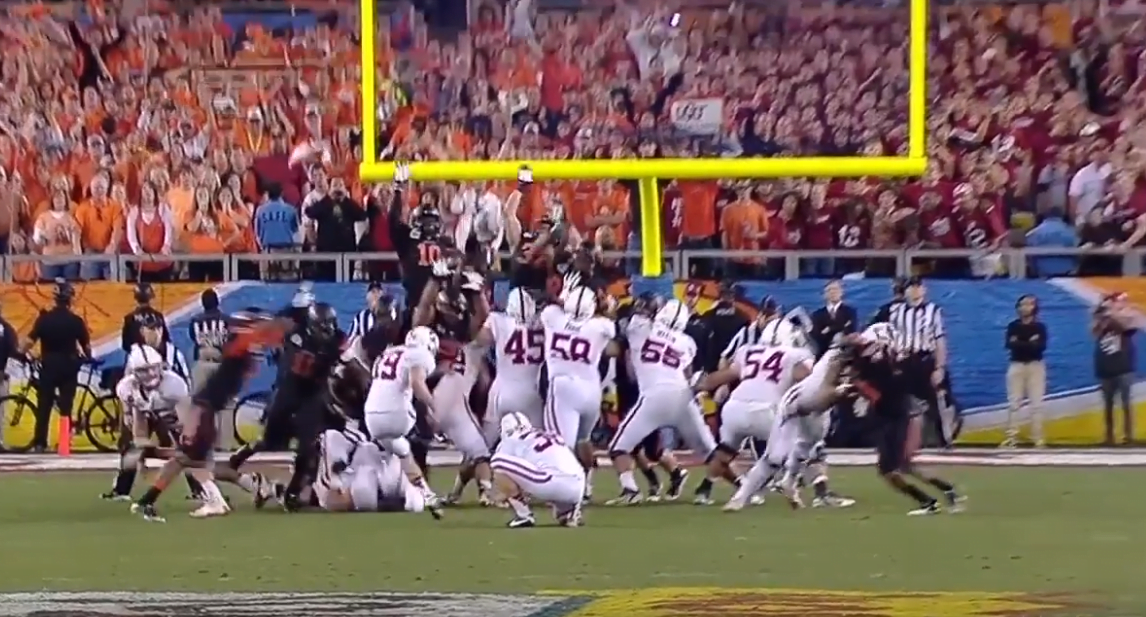 This has been a lot of fun thus far. We enter the fourth quarter of the Fiesta Bowl with Oklahoma State trailing Stanford 28-24. Here are some links if you need to catch up.

• Stanford starts the fourth with a 30-yard Jordan Williamson field goal, the only field goal he’d make in the game. It’s 31-24 Stanford.

• Williamson’s ensuing kickoff went out of bounds. Talk about a rough day at the office.

• Oklahoma State goes 60 yards in eight plays and caps its drive off with a 17-yard Justin Blackmon touchdown reception. Make it six catches, three touchdowns and 158 yards for Blackmon to this point. Nuts. It’s 31-31.

• It was a big drive for Josh Cooper, who caught four balls for 34 yards. 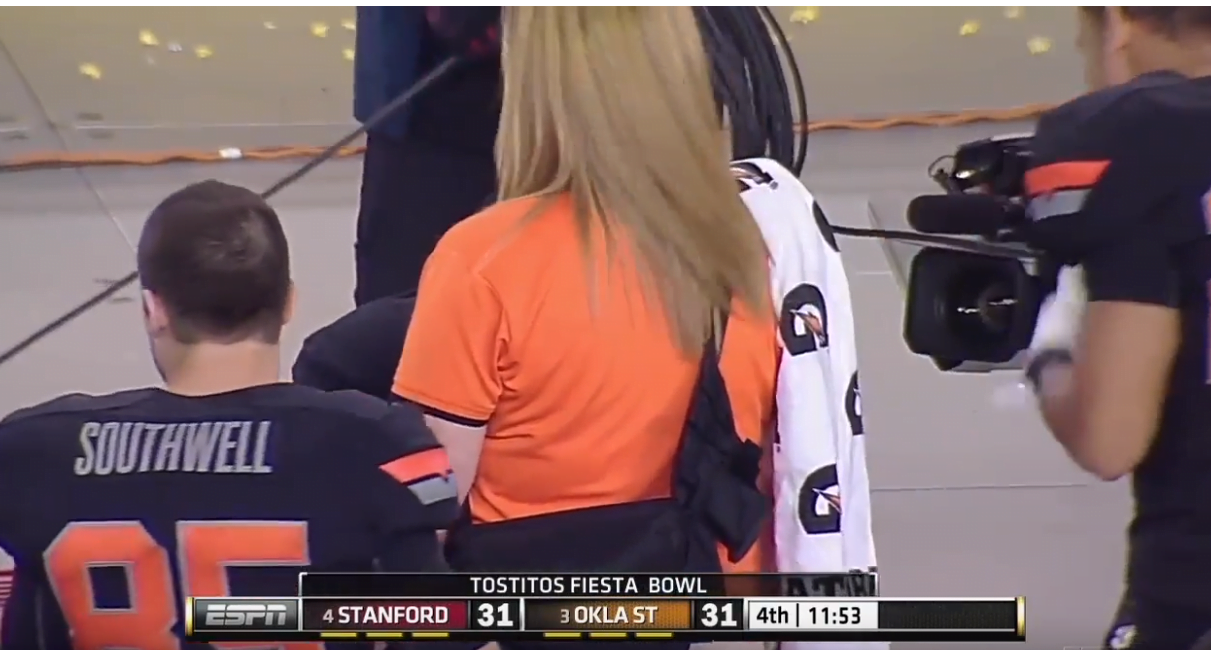 • Stanford responds with another classic Stanford drive, going 69 yards in 13 plays while taking 7:13 off the clock. It ended with a 1-yard Stepfan Taylor touchdown run. It’s 38-31 Stanford. OSU still hasn’t led in the game.

• The clash of styles is so much fun to watch. It’s like if Mike Tyson and Floyd Mayweather were somehow in the same weight class. One team is seemingly going for knockout blows only, the other is taking a more methodical, tactical approach.

• On the Cowboys’ next drive, they get stuck in an early fourth-and-4 from their 30. Gundy goes for it with under four minutes to go, and Justin Blackmon turns a simple slant route into a 21-yard gain. Every one in the tri-state area knew Weeden was going to Blackmon, but there was nothing Stanford could do about it.

• That play seemed to suck the air out of Stanford’s defense. Weeden follows that fourth-down play up with completions for 19 and 16 yards, and those Nor-Cal boys are gassed.

• Now at Stanford’s 4, Weeden gives it to Joseph Randle, and he takes it in to tie it up at 38. Randle struggled all night and finished with only 23 rushing yards, and, as a team, the Cowboys finished with 13 rushing yards AND WON THE GAME (spoiler alert). 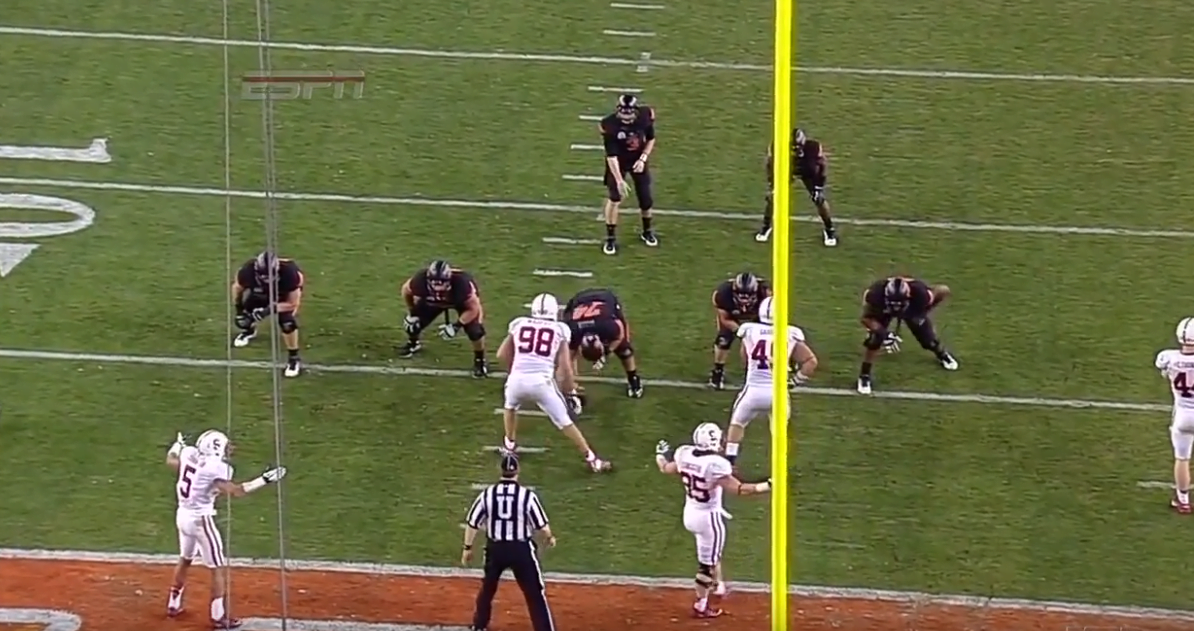 • With fewer than three minutes to go, the Stanford offense has to pick up it’s pace, and the Cardinal look good doing it. I don’t think I appreciated how good Andrew Luck was watching this game live.

• Stanford gets it to the OSU 17, smack dab in the middle of the hashes, and out comes Williamson with three seconds left.

• Timeout Gundy, as he ices the redshirt freshman.

• Stanford resets. The snap is good, the hold is good, but the kick might have not went through a set of goal posts sat up next to the actual goal posts. He hooked it left, just as he did in the first quarter.