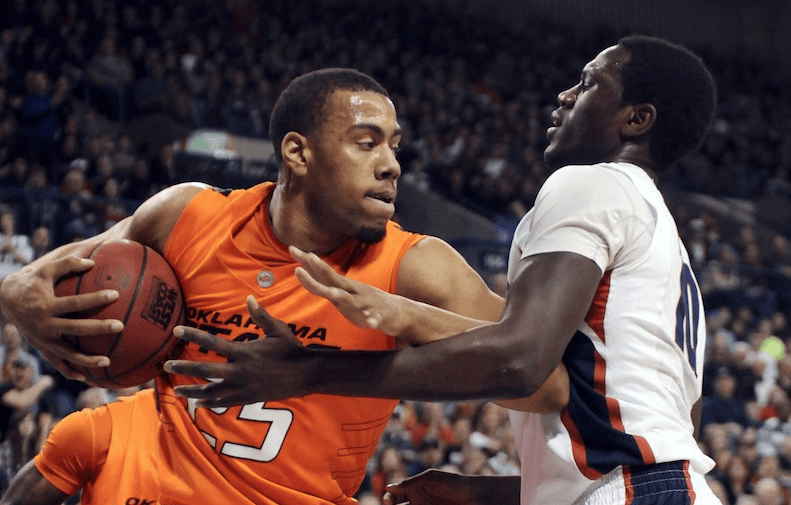 Williams was supposed to anchor an interior that would be admirable, if not downright good, down the stretch of the 2010-11 Big 12 season.

As you know, he never played in March that year.

He’s going to this year.

According to the Dallas Morning News, Williams “might be this college basketball season’s least known, most compelling comeback story.”

Williams is playing for Texas A&M-Commerce and averaging 18 and 11 for them in his senior year as a 25-year-old.

“Going from being behind bars to being here, just being in a locker room, humbles me and makes me appreciate everything,” said Williams.

Three other tidbits that were interesting:

• On one occasion, he says, he was pulled over by police, who after seeing his record teased him for blowing his OSU scholarship.

• (A&M-Commerce coach) says a friend who is an NBA scout told him that had Williams accepted the plea deal and finished his career at OSU, he could have been a second-round pick.

The whole thing is a really great read and again paints a picture of somebody who, if not innocent, could not seem more innocent. Either way, he’s going to have a life post-hoops.

Williams says that among his many blessings, perhaps the most gratifying is that he’s earned enough credits to get his degree in university studies, with disciplines in sociology and educational psychology.

He’s already making plans for family and friends to see him walk the stage in May. At Oklahoma State.