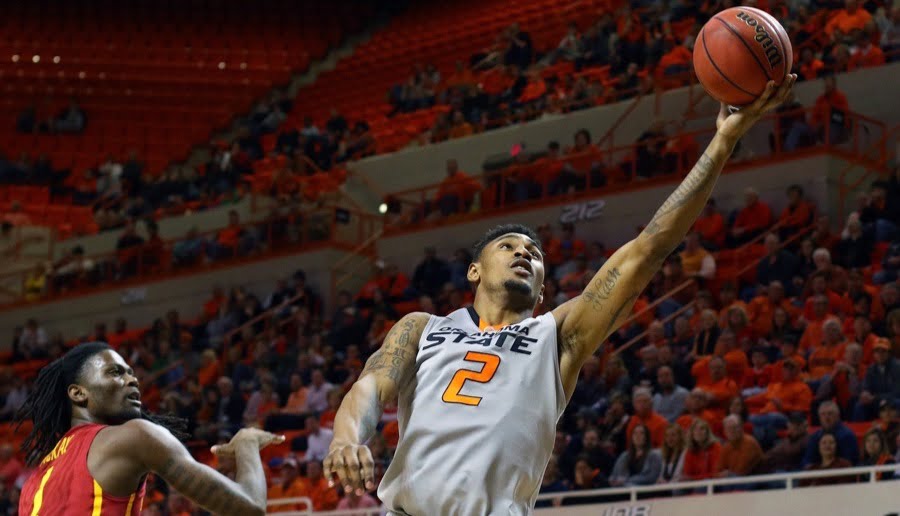 Is this guy a top 10 basketball player ever at OSU? (USATSI)

It’s been too long since my last mailbag — apologies for that. I blame   pretty much pure laziness for not having done one of late.

@pistolsguy OK Srate goes on a multi game winning streak and loses in the sweet 16. Ford is snatched up by another team. Who do we hire?

Wait…who is hiring Travis Ford if he takes OSU to the Sweet 16?

Look, I’m not thrilled with what Ford has done at Oklahoma State over the course of his career but he has OSU ranked No. 22 right now.

Presuming he wouldn’t leave for a worse team and a historically great team that isn’t good right now (Indiana) wouldn’t hire Travis Ford, who else is hiring Travis Ford?

As this is a hypothetical and I did in fact tell you to ask me anything, I’ll presume that Tony Bennett is leaving for the Orlando Magic, Ford gets the UVA call, flees for the ACC (is that the conference they’re in?) and we have an opening.

All that to say…I’m still on the Doug Gottlieb train.

I would usually opt for the former but Gottlieb has the pedigree and wants it badly enough that I’d hand him the reins unencumbered.

@pistolsguy No Cowboys at the combine this year. Who do you think will be invited next year (if anyone)?

Kevin Peterson, Emmanuel Ogbah, Chris Carson and Jimmy Bean. Maybe Trace Clark and Devin Davis (if he can get healthy). Those would be my candidates.

By the way, why aren’t James Castleman and Josh Furman there?

If Blake Bell can get an invite, this guy should, too:

@pistolsguy Who are the starters at cornerback?

Sort of an underrated question here with Ashton Lampkin back and my man Ramon Richards with a Big 12 season under his belt, not to mention Michael Hunter transferring from Indiana.

It has to be Peterson and Lampkin, though.

But how deep is the secondary?! (Answer: Really deep).

The real question to me is whether No. 1 and No. 6 can be better than Gilbert and Peterson were in 2013? The answer is probably “no,” but it’s not like “can JW Walsh be the next Brandon Weeden” out of the question.

I would keep Ford and can Yurcich. I’m pretty sure you can plug a number of folks into the Yurcich position and get similar (or better) results.

Sean Sutton (and his fainting spells) proved that you can’t plug anyone into the head hoops position at Oklahoma State.

Honestly, I’m not sure what the infatuation is with hating on Ford this season. Overall, sure, but not with a 17-9 team in this year’s Big 12.

It’s not like Eddie was pumping 33-4 teams that were No. 2 seeds every season…but we’ll get to that.

@pistolsguy you cant possibly think ford is a good coach can you? I realize you try to spin it on the positive side, but really? X's + O's?

I don’t think Ford is an elite coach by any means, but there’s a case to be made that he’s a halfway decent one and that No. 33 was just his weakness for two seasons.

I don’t know enough about Xs and Os to definitively say one way or another whether Ford is good at them and I’m willing to say that most people who legitimately (not out of sarcasm that is birthed from frustration) whine about them, don’t either.

It’s not like there are college or NBA squads teeming with super savvy play-callers at the end of games. “What about Brad Stevens and Gregg Popovich?” Oh cool, just two of the 15 best basketball coaches on the planet, where do I sign up?

Oklahoma State has been fun as hell this season with Anthony Hickey doing Anthony Hickey things, Le’Bryan having a big boy senior season (more on that in a second) and an out-manned squad beating teams it probably shouldn’t.

But for sure, we should we keep trotting the “Ford sucks” narrative out there despite all of that.

@pistolsguy Stupid question, but I love those. Better "Get Away From The Cops Speed": @CastlemanJames or @CoachGundy?

How far are they running?

Also, seems relevant, is Gundy chasing an escaped goat from his farm?

@pistolsguy do you really see OSU as a possible playoff team next year like some have predicted. Over/Under on W&L?

Not really. There are a number of problems, not least of which is that I’m not sure this defense is as good as folks are making it out to be.

Are we not concerned at all that Ofa and Castleman are exiting stage right from a defensive front that has been terrific over the past two seasons?

And consider this — what if Tyreek gets tackled at the 40 in Norman and OU wins (something that happens like 98.5 times out of 100)? Is anybody making noise about OSU in a playoff? Probably not.

Am I glad it happened? Absolutely — but I think this is realistically a 10-2 type team (which is still really, really good!) but not one of the four best in the country.

@pistolsguy Do you consider LeBryan to be one of the top 10 players in #okstate basketball history?

Statistically and anecdotally I think he probably would be considered in the top 10. Eras are tough, too. What if Bob Kurland and Le’Bryan squared off in GIA one-on-one as 21-year-olds. Nash would beat him, right? And Kurland is considered one of the best ever.

The problem I have with Nash as a top 10 player like Country, Tony Allen, Byron Houston, Desmond etc. is that Nash has never, I repeat never, won a NCAA Tournament game.

If you’re really a top 10 player in a school’s history at some point you have to toss the team on your back and drag it to the second round or Sweet 16.

Of course Marcus Smart didn’t do this either and he’s almost definitely a top 10 player ever. He also got drafted in the top 10 of the NBA Draft.

I’ll say Nash is right on the brink and a win (just one) in this year’s NCAA Tournament cements his status as one of the 10 best to ever play in Stillwater.