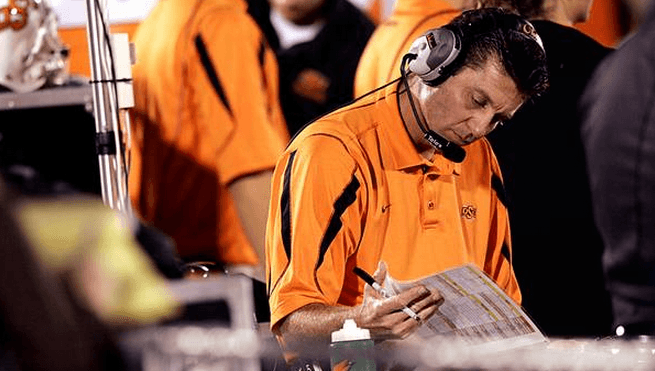 Welcome back to Mailbag Wednesday — where the JW hate is not real, the Tyreek love is, and the takes are so hot you might need a fire-retardant suit to handle them.

Let’s get to work…

@pistolsguy Who would you rather go on a double-date with? Gundy & Kristen, Glenn & Jeannine, or Boone & Madeleine?

Coming out of the gate hot, I see. I feel like Gundy would be the type who would complain about the temperature of his food and potentially send it back which would be annoying and uncomfortable. Spencer might order soup and then just open the back of his throat, pour it in, leave a $20, and go watch some film.

I think the obvious answer here is Boone. First, he’d definitely pay. Nobody his age with that much money goes to dinner with somebody my age and doesn’t pay. So that would be cool.

We’d go somewhere baller, for sure — I might have to dust off the sport coat which would be fine with me as long as the food was good, which it would be. Plus, as Will pointed out, things could get interesting PFB-wise…

@Sugar_Skull_PP @pistolsguy Boone for sure. Can you imagine how quotable that guy would be after putting away a few bottles of wine?

By the way, I don’t think Madeline is in the picture anymore. If she was, I sure as HELL wouldn’t mention Ofa Hautau.

.@pistolsguy On a scale of 1 to JW on the roof of the stadium how comfortable are you with Yurcich at the reins of our offense?

This made me laugh, if nothing else. OSU was No. 41 in the country in 2013 in points per drive which is decent, but not great. They’ve been pretty average again this year, too.

He’s certainly not blowing me away with his work but again he’s following Dana and Monken which is like Toni Kukoc trying to become the alpha dog in Chicago after Scottie and Michael said so long. It’s just never going to look the same.

@pistolsguy if you put every OSU athlete the last 5 years (wrestlers excluded) in a steel cage death match, who is the lone survivor?

What a question! I’m going back to the 2009 football team because technically that’s the 2009-10 school year which is five calendar years from now (and I wanted Dez to be included).

Dez, Justin Gent, Torre Johnson would be my sleepers because I think they might all be a little insane.[1. Justin Gent?! Yeah, the same Justin Gent who tried to take his helmet back from the training staff after he got concussed in a game.]

I’m going to say Jeremy Smith[1. I would say Mocco but he wrestled too so I’m taking him out of it. He’s disqualified because of the singlet.] would win because there has to be something he’s elite at with that kind of body, right? Torre would scare me, I wouldn’t want any part of him or Crazy Dez if they got going.

There are other questions, though: How many elbows would Soucek and Gaskins land? Who would be out first? Probably Alex Budke or a golfer, right? Could Brandon Weeden knock someone out by throwing a football?

Would Herschel Sims try to steal everybody’s money while they all fought? Would the Cox brothers, the Chelf brothers, or the Koenig brothers last longer collectively? Would JW punch right-handed or left-handed?

This could be a series of posts — maybe a book.

@pistolsguy is Tyreek not scoring a touchdown through 3 games a Yurcich problem or a Tyreek problem?

Well the first game he was just a little unlucky but the last two games it’s kind of felt like he was the oversized kid in peewee who just gets the ball and has 11 guys chasing him.

That’s a Yurcich problem to me — though one that’s easily correctable. 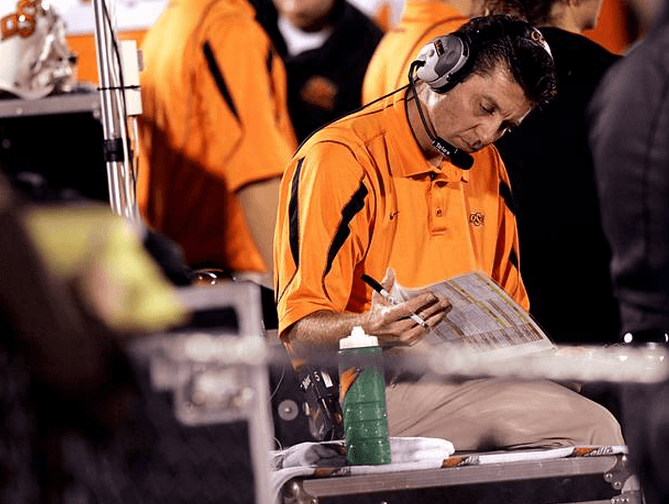