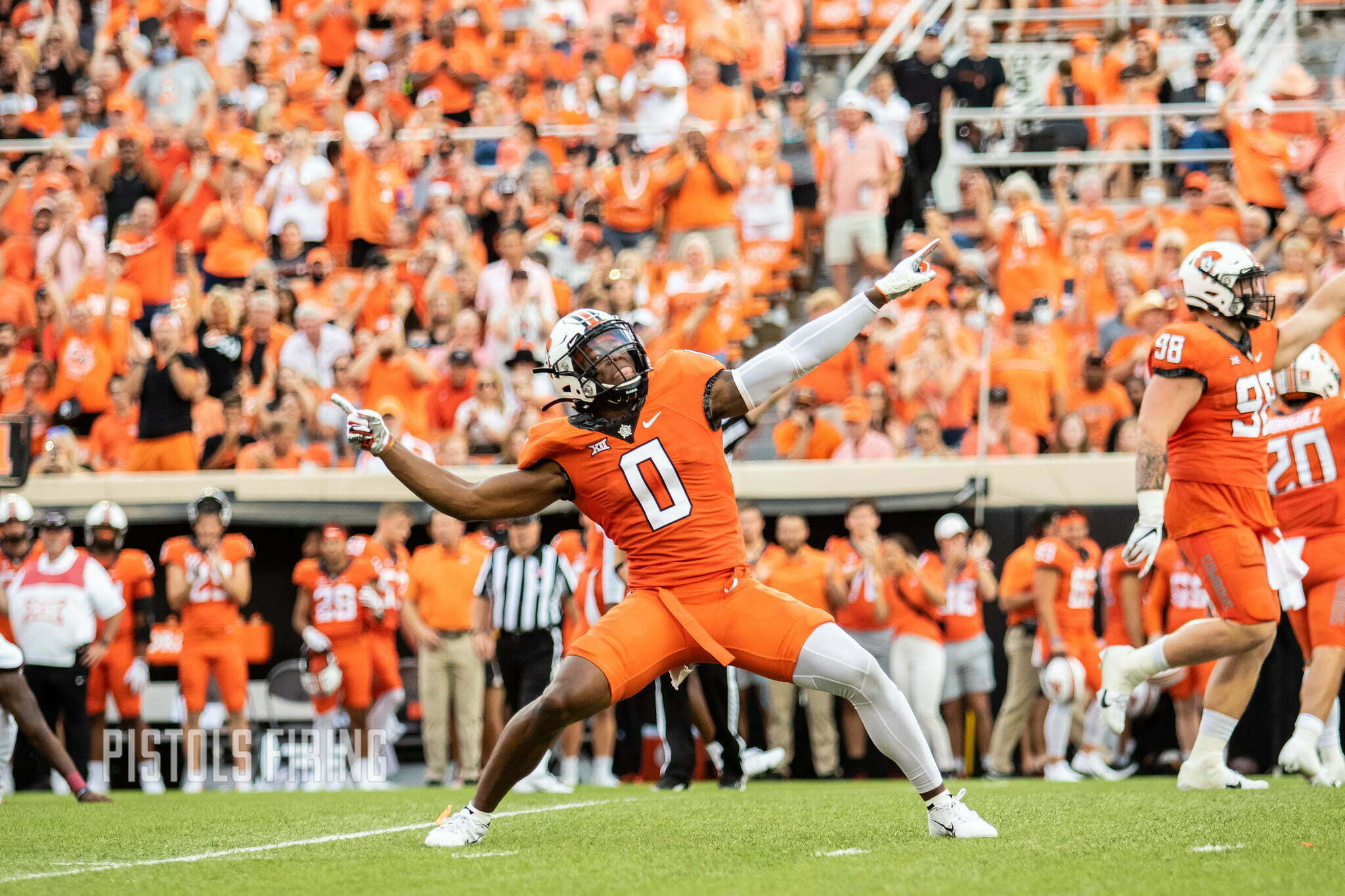 A quintet of rookie Pokes made 53-man NFL rosters Tuesday as part of the league-wide hunt to narrow rosters ahead of opening week.

Malcolm Rodriguez (Detroit), Devin Harper (Dallas), Christian Holmes (Washington), Jaylen Warren (Pittsburgh) and Josh Sills (Philadelphia) all made it through the final roster cuts of the preseason. Just because they’ve stuck to this point, however, doesn’t necessarily mean all five will stick when the NFL season gets kicked off in nine days. With the massive amounts of cuts from Tuesday, there is still some roster shuffling to be had.

OSU’s linebacker tandem from last season, Rodriguez and Harper were each sixth-round picks. Rodriguez has already become a bit of a folk hero thanks to HBO’s ‘Hard Knocks.’ Harper had 16 total tackles in the preseason, which tied for 16th in the NFL. Those two standing out isn’t too big a surprise to anyone who watched them combine to make 219 total tackles last season.

The newly named Washington Commanders took Holmes in the seventh round after the former Missouri transfer had 36 tackles, seven pass breakups and in interception last season. Those in the nation’s capital seem high on the rookie corner.

“I think some of young guys have really stepped up,” Washington coach Ron Rivera said. “Christian Holmes is one of the names that comes to mind. He was a late-round pick, and a lot of times you try to slide a kid by and put him on the practice squad, but he had a really strong camp. He really did. He did a lot of good things. He showed his worth very quickly. I think he’s a guy that, I’m not necessarily going to say surprised, but he did work himself onto the roster.”

Warren has a shot to be RB2 with the Steelers after a solid camp and preseason. Warren had 48 rushing yards in three preseason games. He was also an effective receiving option out of the backfield, catching a touchdown pass. He has also made a few highlights as a blocker. The team cut former draft pick Anthony McFarland earlier in the day, which signaled Warren, as expected, was going to be on the final roster.

Sills, an undrafted free agent signing from the Eagles, primarily played left guard for the Cowboys but injuries throughout his time in Stillwater saw him shuffle to a few spots. Sills was probably the biggest surprise among rookie Cowboys making rosters, but it sounds like that versatility he showed had something to do with it.

“When you talk about Sills, he’s 6-5 and 330 pounds,” Eagles GM Howie Roseman said. “He’s got long arms. He’s powerful. He’s versatile. He can play inside or outside. Now, I’m not putting him in Canton. Listening to my own description, it sounds unbelievable. But the guy’s got talent in his body.”

Now it’s all about sticking for this group. Like mentioned earlier, with the massive amount of cuts, another team might want a player one team cut and will have to make room to make the signing, but this is an excellent step for the program to have five guys with a shot at a rookie season in 2022.