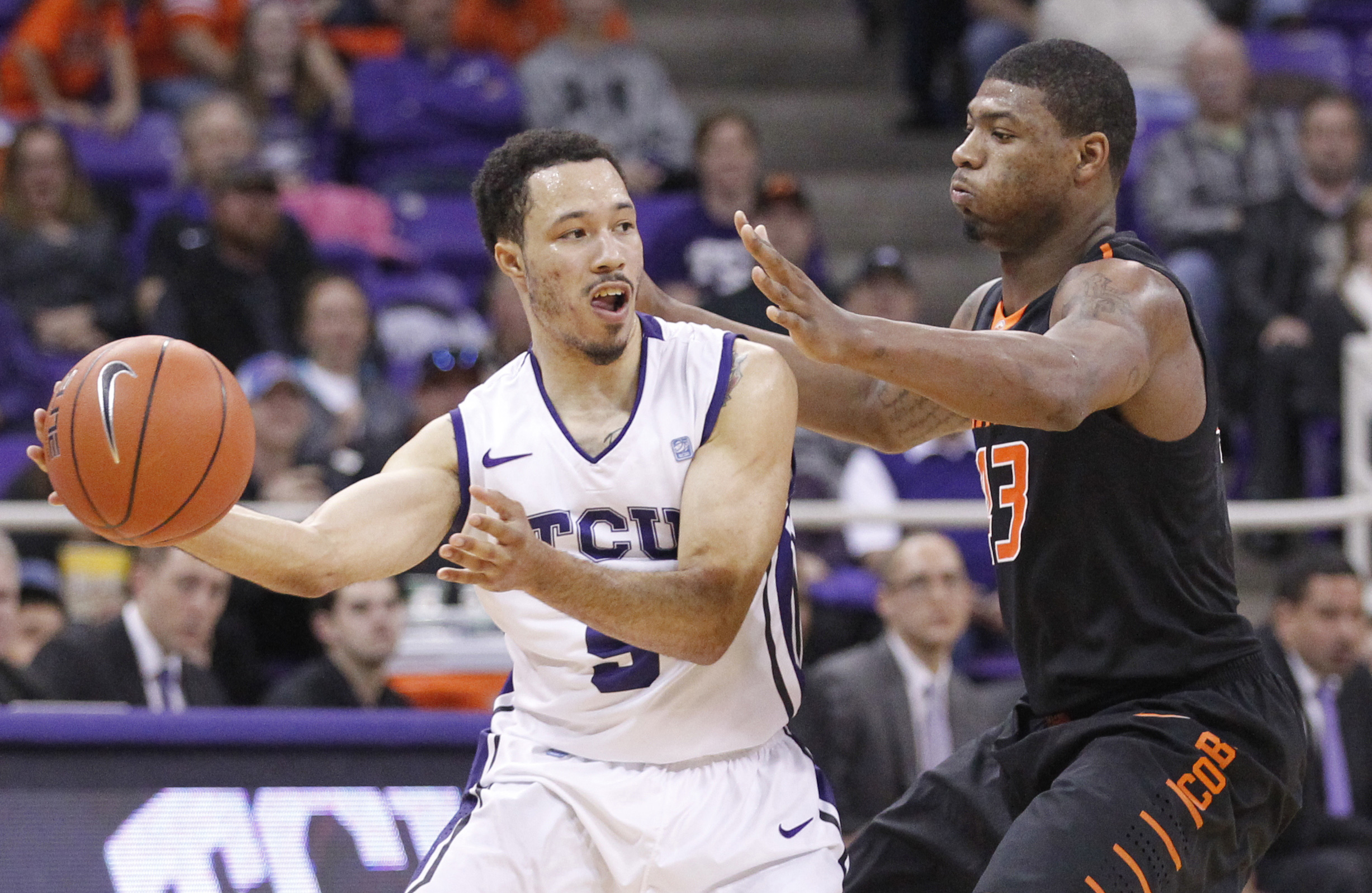 Below are Marcus Smart’s conference-only statistics for his two seasons at OSU. He played in 19 conference games as a freshman and he has 12 under his belt so far this season.

It’s not news to anyone that Smart hasn’t been shooting the ball as well this year from beyond the three point line…the interesting thing to me is that he has been able to keep his efficiency figures at high levels despite his poor outside shooting. How? 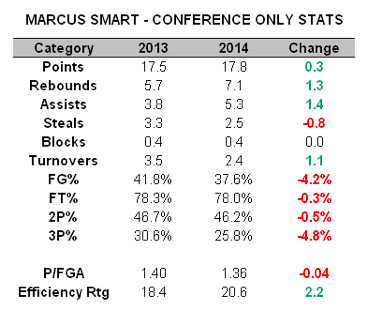 For starters, Marcus is getting more hustle points: more rebounds & assists, fewer turnovers (also fewer steals, but 3.3 steals/game was a ridiculous number last year). Also, while his free throw percentage has basically remained the same, he is getting to the line more often (almost 1 more time per conference game).

Put shooting aside, and the rest of his game is just fine. If he manages to find his shot over the next couple of weeks, we could be in for a wild ride.