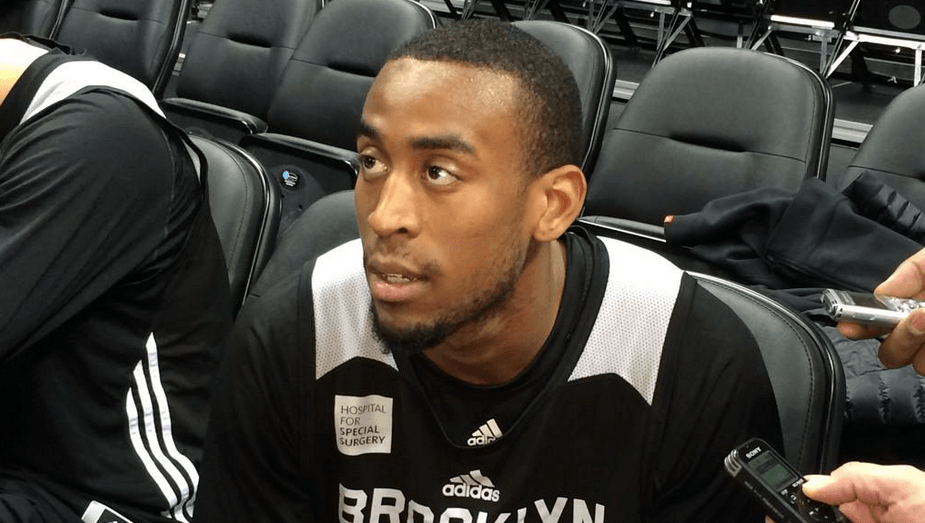 Markel Brown before his first NBA start. (via Twitter.com/BrooklynNets)

On Monday night when Bojan Bogdanovic went down with a sprained left ankle (not something I ever thought would come out of my keyboard), Markel Brown was thrust into the starting role for Brooklyn at Denver.

How about 10 points, 11 boards, four blocks, two steals and an assist in his first-ever NBA start.

“I didn’t realistically think about even playing that much,” said Brown. “But I’m happy with the outcome, I’m happy we were able to get the win, and I’m happy I was able to contribute and help the team out.”

The performance included a decent (by Markel standards) alley oop from Deron Williams and a pretty crazy block  to end the first quarter.

“I know it’s been tough on him this year, not really getting much time, but it speaks a lot about him to be patient and sit over there, and he stepped up in a big way.”

It’s just the second double-double posted by an OSU alum in the NBA this season (Tony Allen had the other one). If this keeps up, as Nets beat writer Tim Botemps pointed out, Brooklyn is going to fall in love with Markel.

If Markel Brown stays in the rotation, don't think it'll take long for him to become the fans' favorite player by a mile.

The Nets seemingly held some sort of “this guy needs a nickname” chat on Twitter after the game which resulted in the submission of something I would have thought of.