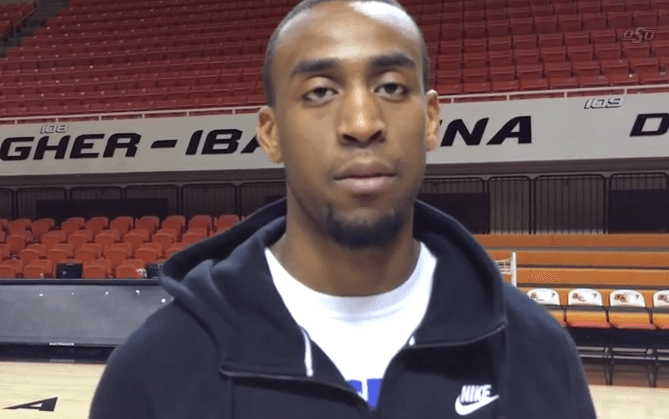 Markel Brown hasn’t had the rookie season I envisioned. He’s only averaging two points and a rebound per game in 17 games for the pathetic Nets, but he recently dropped by GIA over All-Star weekend to talk about his memories in Stillwater.

Let me jump in here — I ranked all of Markel’s college dunks here.

“I remember my first Bedlam, Marshall Moses saying ‘this game will be nothing like any game you’ve ever played,'” added Brown.

OSU won that game way back in 2011 and Brown added 10 points and four boards as a freshman. He went on to talk about how much he loved Stillwater and specifically GIA.

“It molded me, it shaped me as a player and a person,” said Brown. “You don’t get facilities like this in the NBA. The NBA is more of a show. College is more pride and passion.”

I love these videos OSU has put together of former players — the Dez one was great — and the highlights made me miss Markel. His career feels like it was a little bit lost, or maybe just a bit under-appreciated.

Still, it was great to see him back in town for a weekend.