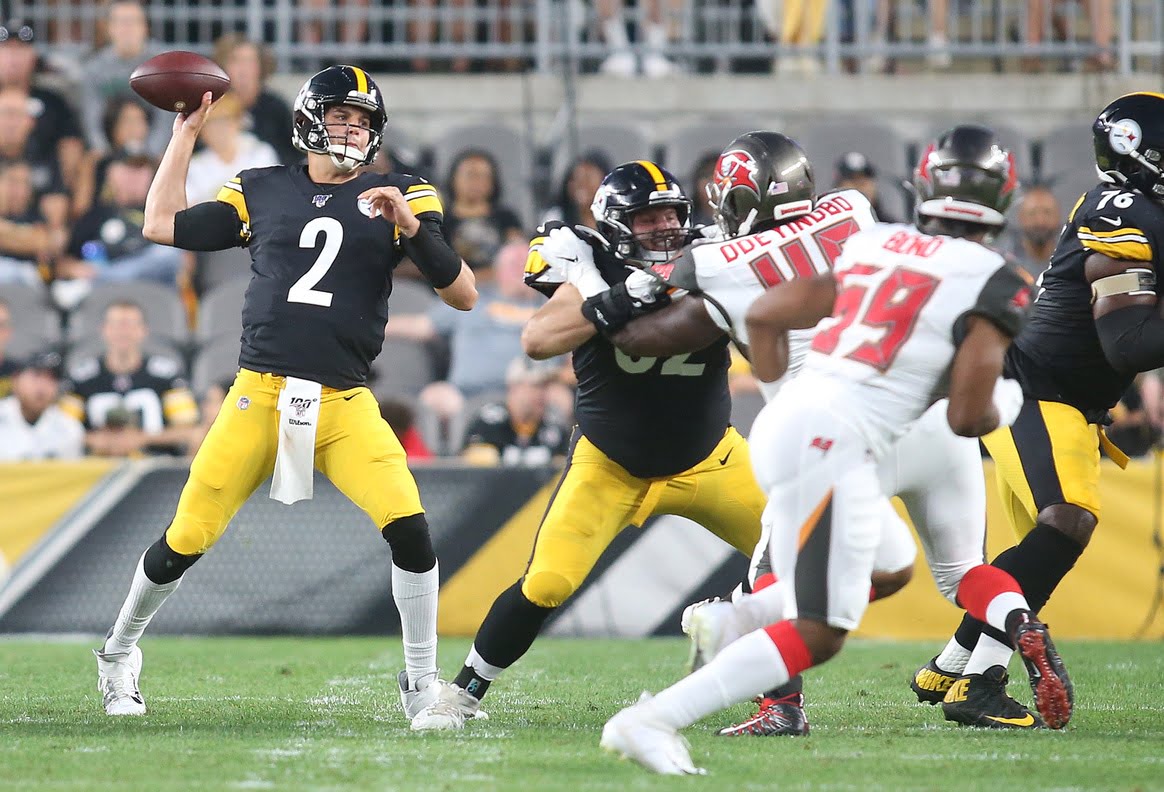 Mason Rudolph and James Washington each took the first step toward his 2019 goal on Friday night — Rudolph aimed at the job of Ben Roethlisberger’s backup and Washington as a featured role in the Steelers offense post-Antonio Brown.

Pittsburgh opened its preseason slate with a 30-28 win over the the Tampa Bay Buccaneers with both former Cowboys sharing the spotlight. First, it was Washington who commanded retweets with his dazzling 43-yard grab in the opening quarter over Tamp Bay DB Vernon Hargreaves.

Washington followed it up with another, nearly impressive play that kept a drive alive on this third-and-21, both from the hands of Rudolph’s chief competitor for reps, Josh Dobbs.

Josh Dobbs may be building some chemistry with James Washington. Converts a 3rd and 21 here. pic.twitter.com/71RW01qig9

Washington would then hook up with his former teammate for an 8-yard score on this back shoulder connection reminiscent of their college days.

“He’s put a whole lot of work in this offseason physically,” Rudolph said of Washington to Steelers.com. “He dropped some weight, got in better shape, got in his book, stayed in Coach (Randy) Fichtner’s hip. He’s not busting mentally. He’s on his P’s and Q’s and he understands our offense. He understands all the spots instead of his one outside spot. He’s just more comfortable and you’re seeing the positives on the field.” 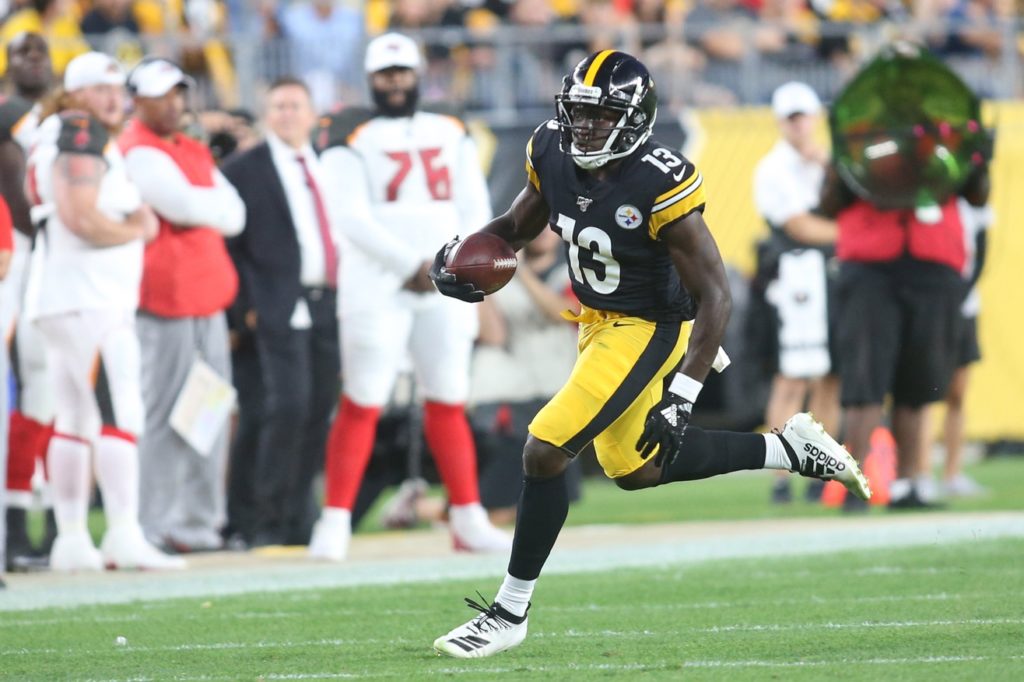 “I would say I’m a lot more comfortable than I was last year, but it was just the first preseason game,” said Washington. “Just got to keep building off this one. Can’t get too high on a game. You’ve got to stay steady and keep going.”

For Rudolph and his conquest to overthrow Josh Dobbs as QB2, the night couldn’t have gone much better. The second-year passer took over late in the second quarter and immediately led the offense to a seven-play, 64-yard touchdown drive that ended with a familiar sight — that back-shoulder TD connection with his college teammate.

Rudolph ended the night 5-of-8 for 91 yards while captaining the Steelers offense in four series which resulted in 17 points. He threw touchdown passes to his favorite target, Washington, and then to rookie tight end Zach Gentry, and another of his drives end with a field goal.

Rudolph credits experience with his strong showing on Friday night.

“The second year makes all the difference in the world,” Rudolph said. “I felt it coming into the spring, just the comfortability and understanding the offense. New guys coming in and you’re not the newest guy and you’re helping them adjust and helping the communication process with the new receivers and linemen. I thought it was fun, but yeah I think the second year it’s everything.”

Along with Dobbs, Rudolph also has to compete with undrafted rookie Delvin Hodges, who has stolen some of the buzz so far in camp. But Rudolph had the more complete, productive game of the three on Friday.

“Not an extended look, but I liked what I saw,” said Pittsburgh head coach Mike Tomlin of Rudolph’s performance. “He’ll continue to write that script, not just him but all of them. I liked what I saw from all three guys that played under center tonight.”

With three preseason games remaining, Rudolph still has his work cut out for him to secure that covered No. 2 spot behind Roethlisberger.

But one former Poke is ready to crown Rudolph a starter — or maybe he’s campaigning for targets in a hypothetical future pairing of OSU alums.

I’m not being biased I promise…@Rudolph2Mason look like a starter in this league..keep killing brotha

Neither Rudolph or Washington has necessarily stolen headlines so far in camp with Washington reported to be behind offseason signee Donte Moncrief in the receiver pecking order and Rudolph entering the summer at QB3. That was until Friday night.

It’s just the first week of preseason, but both former Pokes made a statement that they are very much relevant in two of the biggest position battles facing Pittsburgh this preseason. Let’s see what they can do next week.