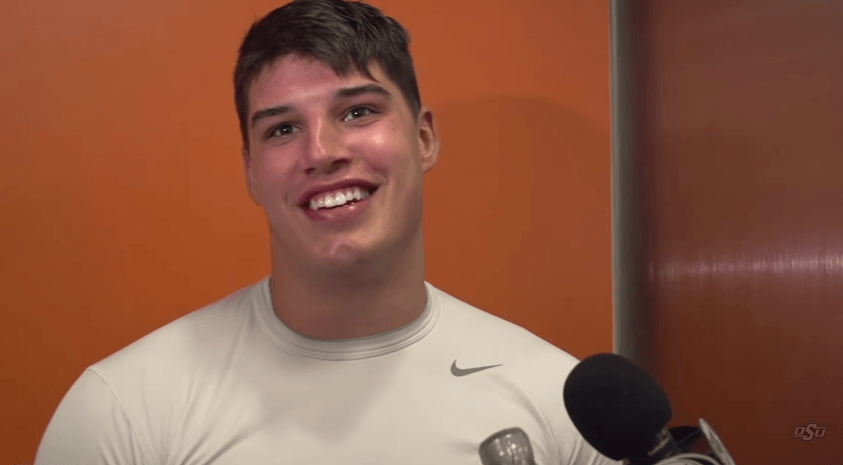 Mason Rudolph talks about his development as a Cowboy. (YouTube)

It’s been Mason Rudolph time for a few months now which is exciting and, honestly, a little bit unknown. I do think it’s kind of fun to hear QB1 talk about what’s going on with his squad and what he expects from the year.

“Everybody’s got that extra level of energy,” said Rudolph at the end of last week. “Comparing last year’s spring practice to this, this is 10x better. We’re ready to go now.”

I know a lot of that “10x” statement is predicated on Rudolph actually understanding what’s going on with the offense, but still, it’s telling.

“I think this team is confident,” said Rudolph. “I don’t think it’s just me. The energy level is just high. We’re kind of antsy for the season to start.”

I think we all are.

Also, Robert Allen asks Rudolph about a picture “that kind of went viral” which was a shot of Rudolph, Trevor Knight, Daxx Garman and Baker Mayfield on spring break a couple of weeks ago. Rudolph laughed about it.

“With so many quarterbacks in the house, you gotta take a picture eventually just to feed all you guys on Twitter. We had a good time. We try to not worry about football on spring break and just kind of hang out and be college guys.”