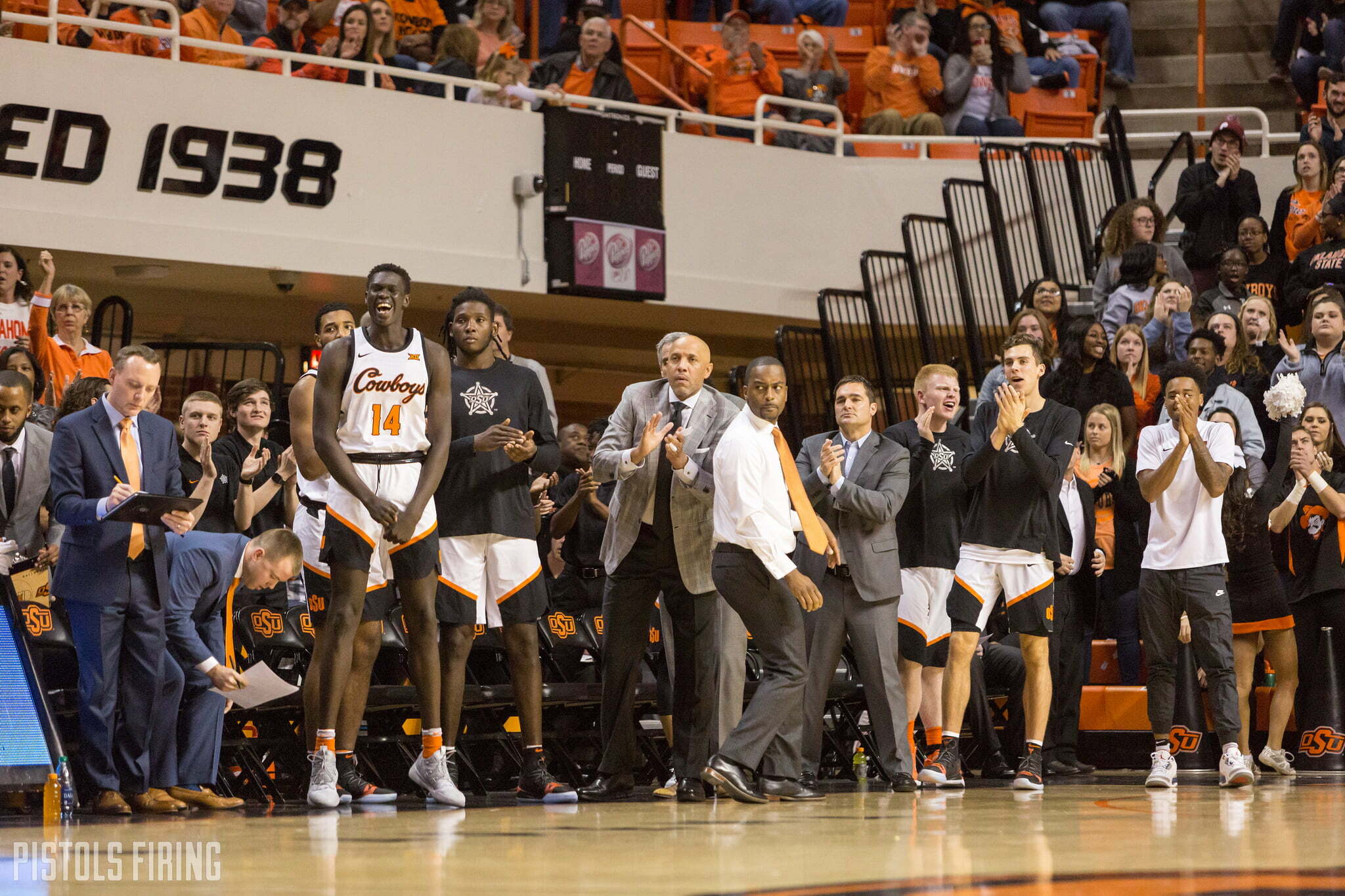 STILLWATER — Saturday will be the first time nine of Oklahoma State’s 13 players are suited up for a Bedlam game.

Walk-on Luke Major, from Oklahoma City, knows what the rivalry is about, and transfers Michael Weathers and Curtis Jones have seen the game from the bench waiting to become eligible, but for Isaac Likekele, Yor Anei, Kentrevious Jones, Maurice Calloo, Duncan Demuth and Mike Cunningham, this will be their first time finding out about Bedlam on Saturday when the Cowboys travel to Norman.

“If we win, it won’t count as two wins or one and a half wins or anything like that, but there will be people walking around with a little bit more pride, and the people that support us matter to us.”

Boynton said on a national level, the game is underrated. Since Boynton came to OSU as an assistant for the 2016-17 season, OU leads 408-407 in total points, despite winning only one game. That one win came last season in Norman, when the Sooners routed OSU 109-89.

Boynton has said a few times this year that he didn’t think then-grad transfer Kendall Smith understood the intensity an away Bedlam demanded, something Boynton said he hopes the Cowboys’ tough nonconference schedule can help with.

“There’s definitely part of it, you gotta see, there’s no doubt,” Boynton said. “You can’t simulate the atmosphere or the energy or the angst. I certainly wouldn’t even try to simulate some of the things they may hear. That part of it, their teammates can tell them about.

“Cam (McGriff), Thomas (Dziagwa) and Lindy (Waters), Trey Reeves, they’ve been down there. They know what it’s like, but they’ll get down there, and they’ll see it for themselves. I hope it doesn’t catch any of them off guard. That’s also why we went into some of the environments we went it this year.”