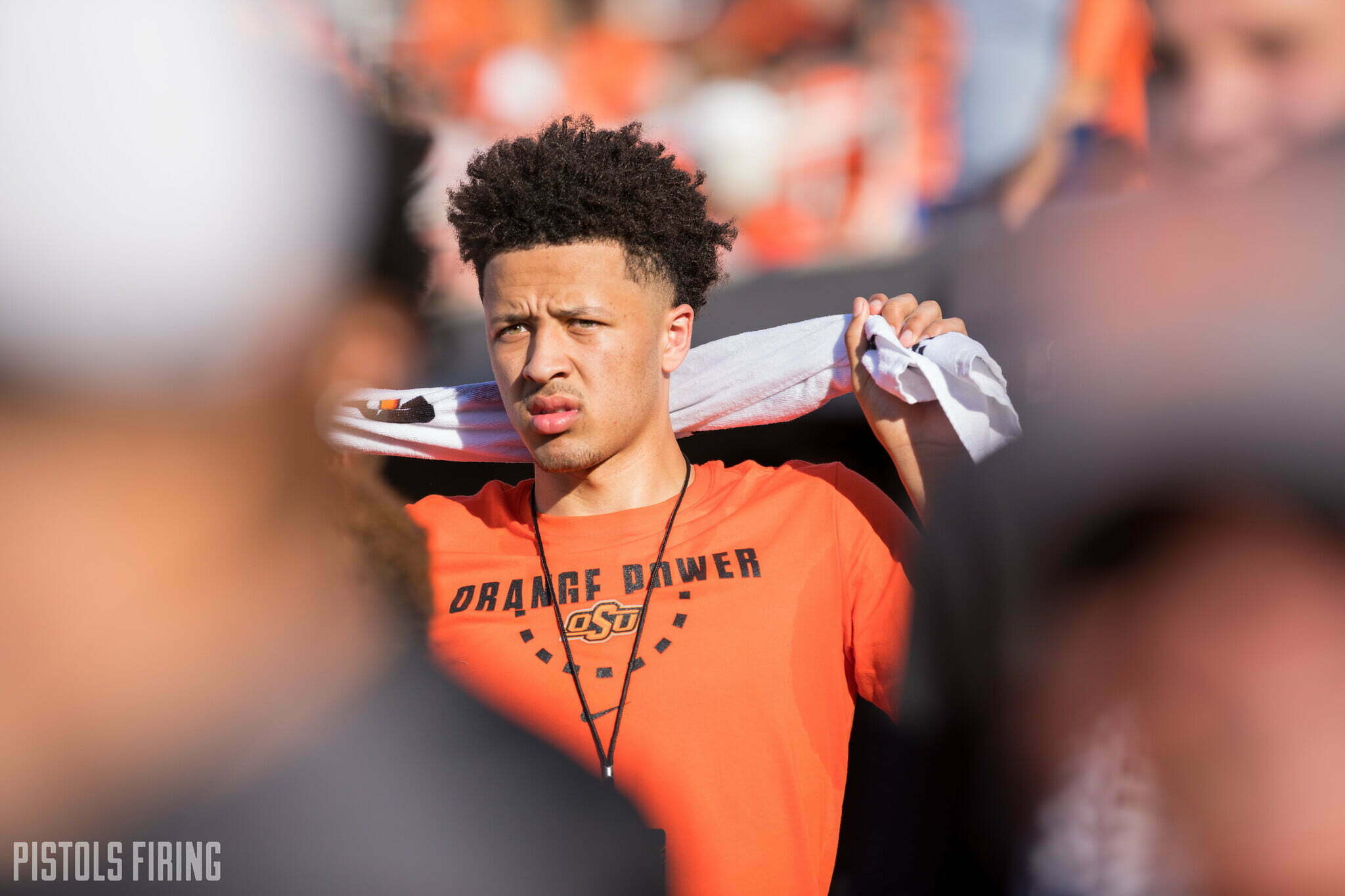 Imagine it was something that few had any confidence you could build, and that even fewer could had built themselves given the situation you started with. Then imagine that right before you put the finishing touches on it — out of the blue — someone took a swing at it with a 10-pound sledgehammer. Hell, let’s just call it a wrecking ball.

Mike Boynton is the would-be architect in this analogy and the NCAA is the faceless entity playing the part of Thor.

Prior to Friday’s announcement that the NCAA had levied strict penalties against his program, Boynton had laid the groundwork and assembled all the pieces for a legitimate Oklahoma State basketball team that (at worst) should contend in the stacked Big 12 and (at best) … I can’t even go there right now.

Unfortunately, trouble is not foreign to Mike Boynton at OSU. As an unknown head coach, he was questioned in Year 1 and subject to a FBI investigation that has now come full circle. Then he had to excuse several of his top players in Year 2 before getting bitten by the injury/illness bug in Year 3. But that’s nothing compared to Boynton’s latest and ongoing turmoil.

Looking forward to his fourth season, and what very well could (and should) have been his first to reach the NCAA Tournament, Boynton found out on Friday that even if his team goes 18-0 in conference play next season, it will not go dancing.

He was ready to finally enjoy some reward for his recruiting and coaching efforts when a hefty penalty, based on events and actions unrelated to his head coaching tenure — and ruled to have not benefited his employer — might just be enough to undo all of his hard work.

The NCAA handed down severe sanctions that included a 2020-21 postseason and the loss of three scholarships over the next three years, among other things, under the facade of a legitimate Level I violation.

The layers of Boynton’s personal frustration, sadness and bewilderment were audible but, somehow, he spoke first and foremost about his players.

“There’s obviously a little bit of confusion and concern on their part, and rightfully so,” said Boynton on a Zoom press conference on Friday. “I’m going to be here to support any decision that any of them decide to make and I told them that directly.”

Boynton was talking about all of his guys but, as those words escaped through headphones and computer speakers, the first thought that came to everyone’s mind was of No. 1 prospect Cade Cunningham and his future with the program.

Boynton’s message was still above reproach.

“I didn’t spend four years recruiting (Cade) to now abandoning what’s important for him,” said Boynton. “We’re going to have conversations and look at all the options: G-League, overseas, another university, Oklahoma State … I’m going to support it 100 percent.”

If this ruling holds, the best player in college basketball will not play on its biggest stage as an OSU Cowboy. And whether or not that affects Cade’s long-term prospects in the NBA (it won’t) it certainly affects Oklahoma State. The question at this point is just how much.

Cade could request to be released from his scholarship, or he could successfully insist on it. He could even decide to follow in the footsteps of fellow top-flight recruit Jalen Green to the G League. The highest-rated prospect to ever sign with OSU would never even suit up in orange — again.

Then think about the rest of the walls that could tumble if you removed OSU’s five-star cornerstone. What about the other three top 300 players that are signed on to move to Stillwater? What of the ramifications on future classes?

That would be a crushing — even career-damaging — blow for most coaches in Boynton’s position. But, as always, he took the high road — seemingly, his road.

“I certainly feel confident in the relationships that we have built over the course of time that we’ll get to a place where whatever decision is best for those kids — all of them, including Cade — will be what happens.”

The future is as uncertain maybe as it has ever been for Boynton. His charisma and personality endeared him to OSU fans, but his recent hauls on the recruiting trail (namely Cade) are what have built his equity with OSU brass.

Who knows. Maybe this is unfounded slight will be the tipping point for his tenure (and career) as a head coach.

Regardless, the young coach with plenty to prove, and even more to lose, handled this situation like he has every other — and just about as well as could be expected — with confidence and class.

“This is gonna be another bump in the road in what seems like an encyclopedia of bumps in the road, but we will have success,” said Boynton. “We just have to figure out a way to do it within a new scope of operation. We’re obviously gonna fight this decision to some degree.

“… But I’m not the least worried about the ability of this program to be successful. In fact, every time something like this has happened, it’s given me more conviction because I know when the day comes when we’re having success I’ll enjoy it that much more.”