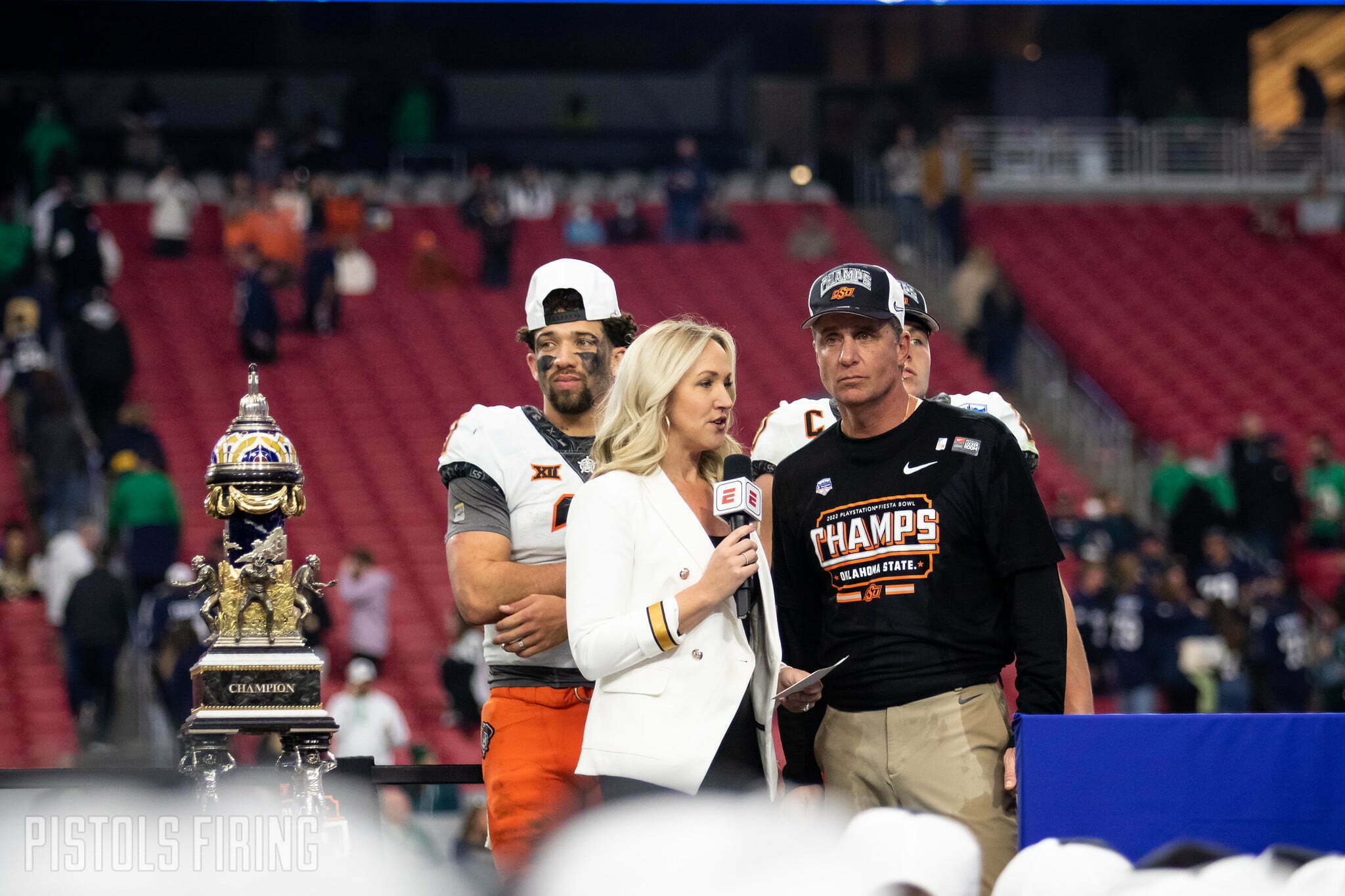 Oklahoma State earned a huge win over Notre Dame in the Fiesta Bowl on Saturday, and it was a huge win. But how huge?

“This is clearly the biggest win in history of the school,” Gundy said. “You’re in a New Year’s Day bowl. You’re two Top 10 teams, No. 5 team in the country. You’re playing Notre Dame. Biggest comeback in school history, I think somebody said, down 21 points in the Fiesta Bowl. Biggest win in the history of school.”

That quote sent folks to Twitter to throw out their picks for the actual biggest OSU win to date, and it got me thinking. A quick aside, this is a pretty great thing to be debating hours after your team’s season ends.

New Year’s Day bowl — I’ll lump in all New Year’s Six bowls. OSU is now 2-3 in those under Gundy, with both wins coming at the Fiesta Bowl. Pretty big.

Top 10 Matchup — This made just the fifth time a Cowboy team has won when both teams were in the Top 10. That’s big.

Biggest Comeback — That’s pretty straightforward. The 21-point comeback edged on the previous school record, a win over Colorado back in 1979. Big.

There may be some recency bias added in, as well, but I get it.

What about this year’s Bedlam game? It was Gundy’s third win against OU and might be the last time the Sooners travel to Stillwater. How about the 2011 Bedlam game? That one resulted in the school’s lone Big 12 Championship. That’s got to stand alone. I could even argue that the 2014 Bedlam game was as big as any based on the noise and tension that was coming out of Stillwater leading up that trip to Norman. There were more than just angry Twitter handles calling for his job. That win not only hushed the haters, it righted the ship and set the Cowboys up for a run of three-straight 10-win seasons.

There are other big wins to consider. The 2006 Independence Bowl victory over Alabama was Gundy’s first postseason win. How about the 2008 Missouri win? It was a program-shifting victory and made for OSU’s first 6-0 start under Gundy. The win over Georgia a year later was pretty big at the time.

Then there was the Cowboys’ win at Texas A&M in 2011. That was on a new level, it was also a Top 7/8 matchup and another big comeback. The Cowboys overcame a 17-point deficit in College Station. All of those were huge games, and there are others. So what else could make this win the biggest other than those golden domes across the field?

That’s an interesting argument, and I definitely agree with the sentiment. This team, and especially this defense, earned a high-note finish. But I don’t know that it makes it the biggest in school history.

While his team celebrated on the field, Gundy reminded anyone listening that Oklahoma State has a logo, too. A win like this makes for an even stronger brand, and it doesn’t hurt when you drop 30-straight on the most blueblood of bluebloods.

Gundy was asked if this win felt like a culmination of a lot of his hard work as a head coach. Before he answered he made sure to share the credit with others in his organization, but he uncharacteristically tipped his hand a bit.

I don’t think we actually can answer this question, at least not yet, and that lends even more credence to Gundy’s declaration. It’s impossible to compare this win with any of those others I mentioned because many of the arguments supporting them are based on what those victories led to. We don’t have all the data yet.

“We’ve got a chance to move forward at Oklahoma State in football,” said Gundy. “I’m hoping we get a 100% commitment in all areas and we can try to take this thing to the next level. Today’s win gives us that opportunity. And honestly, we came in and went toe-to-toe.”

The Big 12 as we know it is going to look much different over the next few years, and if Oklahoma State can continue to play big in the big games, there is an opportunity for the Cowboys to run the league. So if things line up right and Gundy can keep turning out a consistent winner, and more, this might just turn out to be the biggest win in school history.