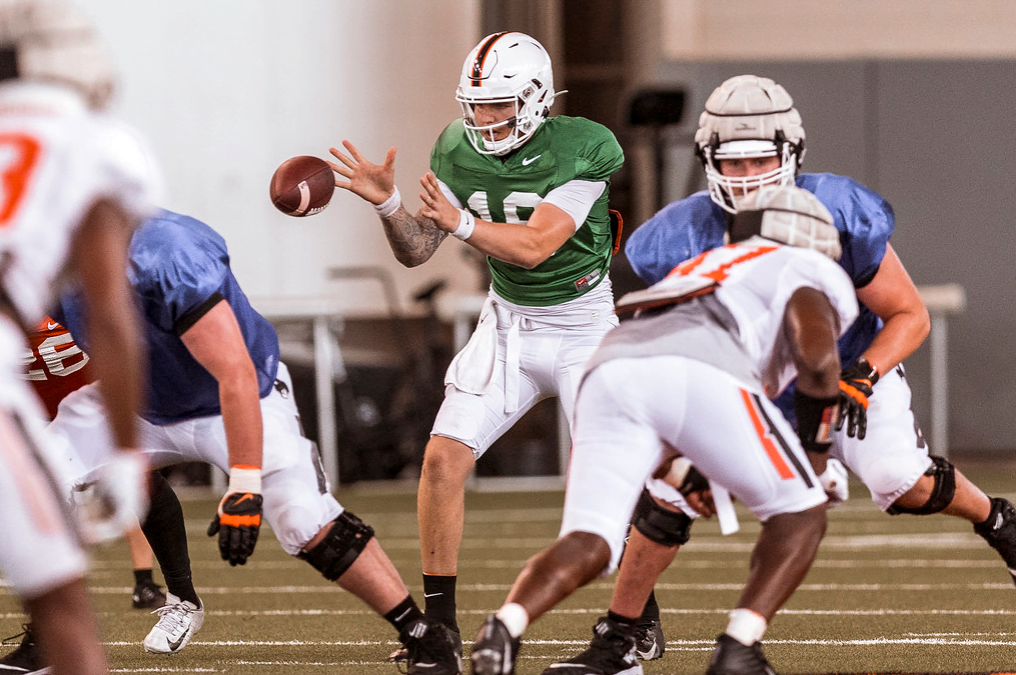 Mike Gundy said Monday in a call with reporters that he anticipates making a decision on who will be Oklahoma State’s backup quarterback “at this time next week,” signaling the end of one of the more under-discussed position battles in fall camp as freshman Shane Illingworth battles with junior college transfer Ethan Bullock for the job.

“Both guys are doing really well,” said Gundy. “We’ve split reps with them. We’re going to make a decision at this time next week on who that quarterback will be.”

Illingworth, a 6-foot-5 pro-style quarterback from California, was the highest-ranked signee in OSU’s 2020 recruiting class. Bullock, meanwhile, is a 6-foot-4 pro-style quarterback who OSU scooped from City College of San Francisco. He previously played at South Dakota State, where he redshirted in 2017 for a team that reached the FCS semifinals.

“I’ve been pleased with all three quarterbacks and their development under Coach [Tim] Rattay,” Gundy added, making sure to compliment Spencer Sanders’ development from last year to this year.

Whoever wins the backup job will need to be ready for action, despite the fact that experience is hard to come by behind Sanders. Neither of Illingworth nor Bullock have started a game at the Division-I level, but Sanders’ willingness to tuck and run under pressure leaves him exposed as a potential injury risk.

Illingworth may have the upper hand in the battle as one of five early enrollees who arrived on campus earlier this year, though spring ball was cut short because of the pandemic.

“It is an advantage for them,” said Gundy in December of arriving early to try and get an edge. “There’s no question about that. Just because by the time June rolls around, they know the system and they’ve been training for five months with Coach [Rob] Glass.”