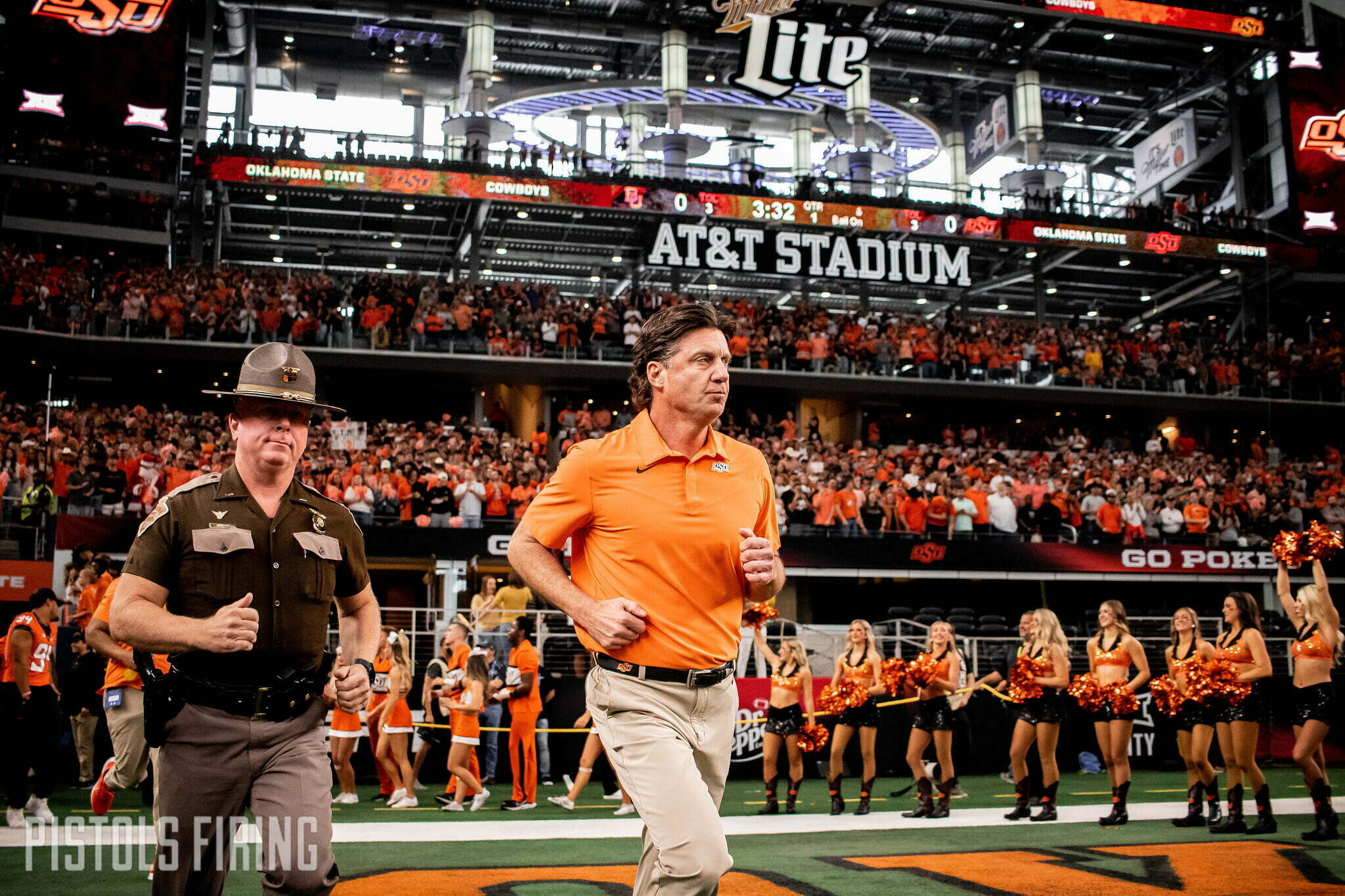 The highest-paid coach in the Big 12 resides in Stillwater.

Oklahoma State announced Friday it has made changes to the contract of head football coach Mike Gundy that includes a substantial $1 million annual raise. As part of his new deal, Gundy will receive a $1 million annual retention bonus each of the next five years.

Gundy is scheduled to make $7.5 million during 2022. New Oklahoma coach Brent Venables is set to make $6.4 million in 2022, and Texas’ Steve Sarkisian made $5.45 million last year, according to USA Today.

OSU’s board of regents approved Gundy’s raise in their meeting Friday in Okmulgee. His annual escalator of $125,000 and automatic one-year extension will stay in place from his previous contract.

“I’ve spent a majority of my life in Stillwater,” Gundy said in OSU’s release. “Oklahoma State is home. This next-level commitment from our president, Dr. Kayse Shrum, athletic director Chad Weiberg and our Board of Regents is a monumental step in solidifying Cowboy Football for the future as a national brand. I’m thankful for Chad, our relationship, and the support and loyalty he’s shown not only to me, but to our assistant coaches, support staff, student-athletes, former players, fans and everyone involved with OSU Football. The Cowboy Culture has never been stronger.

“We’ve already established OSU Football as a contender on the national stage. My excitement with our administration and their vision has me looking forward to long-term success on and off the field.”

Entering his 18th season as the Cowboys’ coach, Gundy has accumulated a 149-69 record and led the Cowboys to a Big 12 title in 2011. Gundy’s Cowboys are coming off a 12-2 2021 campaign where they made the Big 12 title game and won the Fiesta Bowl over Notre Dame.

Gundy has led the Cowboys to a bowl game for 16 straight seasons and has won the Big 12’s Coach of the Year award on two occasions.

“Mike Gundy has been a transformational head coach for Oklahoma State,” OSU athletic director Chad Weiberg said in the release. “In the ultra-competitive environment of college football, OSU has been one of the most consistently competitive programs in the country.

“Under his leadership, OSU Football has accomplished things others never thought possible in Stillwater. He has had a lasting impact on our football program, and our athletic department. The accomplishments of his student-athletes off the field rival those on the scoreboard.”