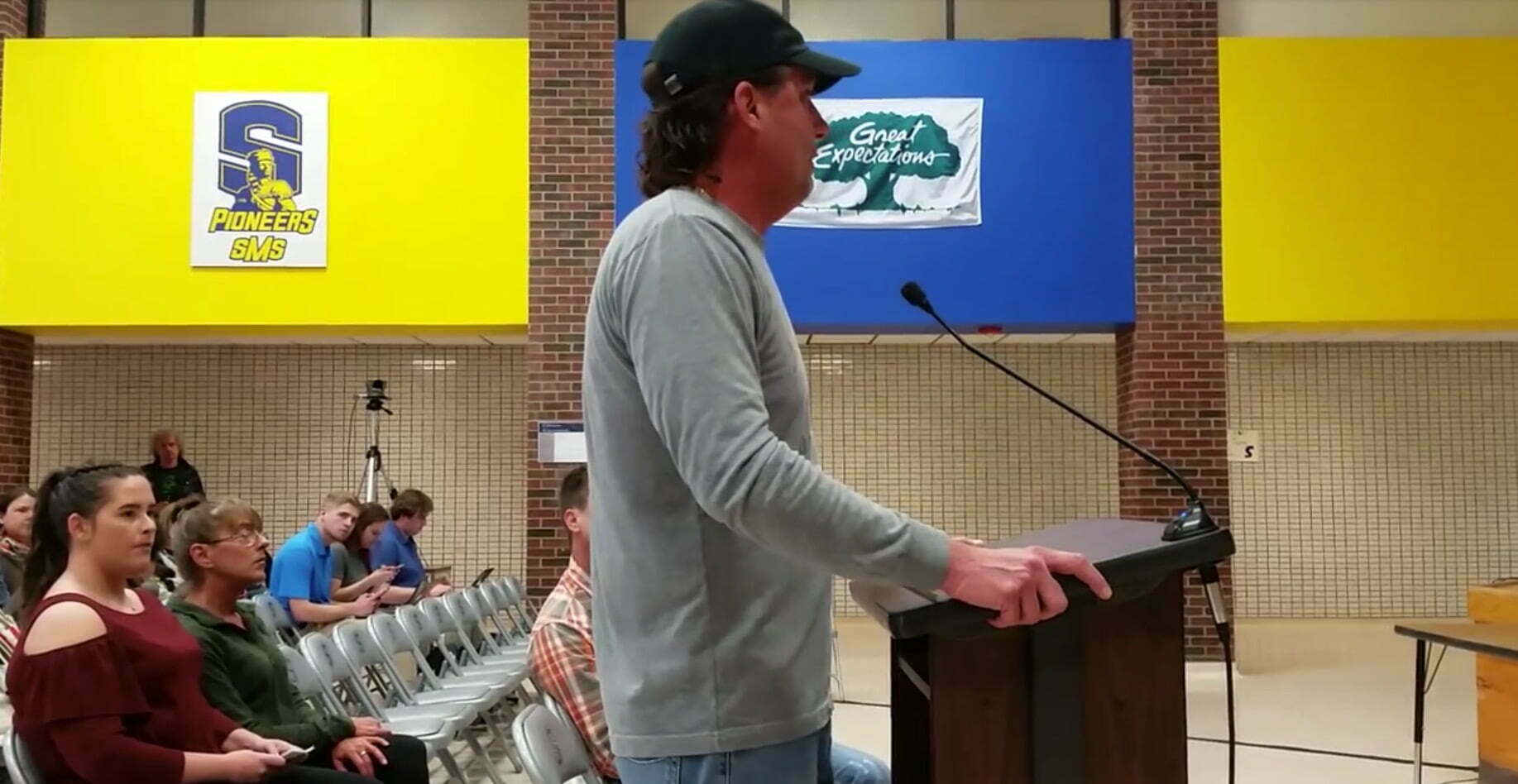 Mike Gundy and Stillwater are perfect for each other, Part 328. Gundy spoke at a Stillwater Public Schools Board of Education meeting this week and said he was concerned about whether Stillwater schools had a plan to protect the kids they educate.

With the number of mass shootings rising at a preposterous rate and 14 (!) school shootings that have taken place so far in 2018 at various high schools and colleges, Gundy wants a plan for Stillwater, and he wants to hear what it is.

“My concern is the safety of our kids when we let them off at school,” said Gundy. “Do we have a plan in place and who’s responsible for that? If something were to happen, do we feel good about it? I let one off out here every day. School is supposed to be a safe haven. We’ve never had this issue, but unfortunately it’s increasing.”

He’s not wrong about that. Gundy used his own experience in public schools as a sort of launching pad for his talking points.

“I’ve been recruiting schools for 28 years,” said Gundy. “I’ve recruited all over the country. Yet have I ever been denied admission to the school … do we have people in our schools to protect our kids?”

When he got a non-answer answer from board, Gundy interrupted.

“I’m very, very concerned. You can take the politics out of this. My question would be, do we have a plan in place and when you got to bed at night do you feel good about it? If I was in charge, I would have a plan. Maybe not perfect, but it would be a plan.”

“It’s not anybody’s fault, I’m not blaming anybody,” he continued. “All I’m saying is if you need some of us in the community for support. If budget is an issue … as I said earlier I’m all for the teachers, it’s not just the kids. What a terrible feeling to hear that and know that you don’t have any protection.

“I’m willing to do whatever. I know these things take time. I don’t think think we have time … I would like to see this put in place and until we can factor in a budget for the next year, I’m willing to foot the bill for the rest of the school year if we can protect our kids. That’s how important the little ones are to me.

“I would like for somebody to get back to me. There are people out there who know what they’re doing (like retired police and military). I’m willing to help. Anything you guys come up with. If not then I’ll be back. I’m easy to work with as long as we protect kids. Stillwater is a special place, but it takes everybody. We teach, we coach and we parent. That’s what life’s all about.”

Lights out. What a performance.