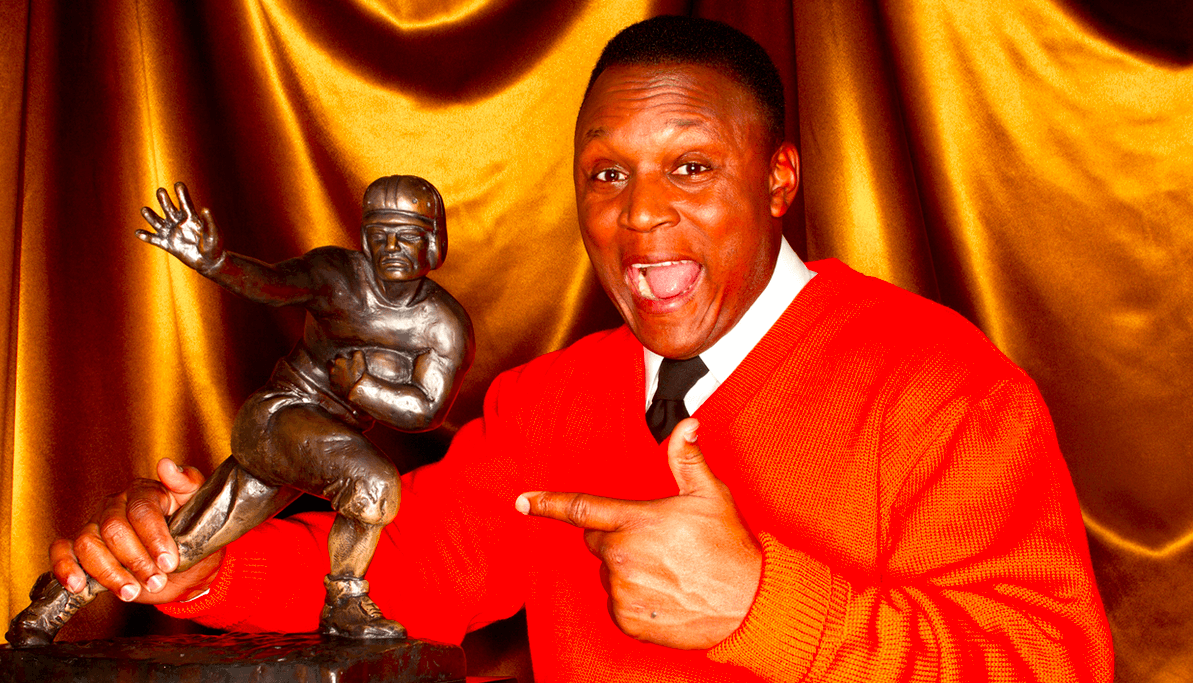 Barry Sanders and his trophy. (via EA Sports)

Whenever Kevin Sumlin got to Texas A&M a few years ago he started deploying something called the Swagcopter that he would fly to close down high profile recruits. For a few years it was undefeated. Wherever he took it he got his guy.

I’m not sure if it’s still without loss but it was a thing for a while.

Apparently Mike Gundy has invented his own Swagcopter and it looks a lot like Barry Sanders’ Heisman Trophy. That was how Gundy closed Chris Carson, according to Robert Allen.

This is all the more awesome because I can picture Gundy flying in his private plane and literally buckling in the Heisman next to him.

Also, I’m guessing nobody told him about that time Herschel Walker won the Heisman for Georgia? Or maybe Mark Richt couldn’t find it?

Either way Barry’s Heisman is now 1-0 — put it on the shelf until it gets dire again, Mike. Also, make sure Barry is OK with you criss-crossing the country with his hardware.