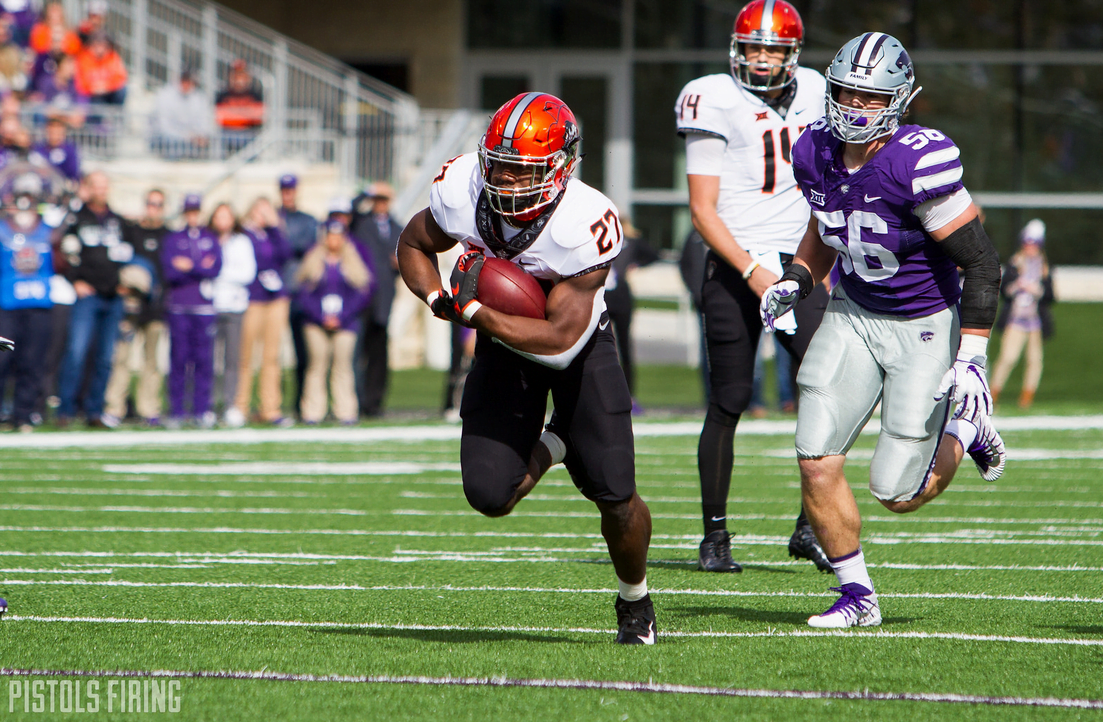 Managing expectations, carries, targets and egos are all small parts of being a Division I head football coach. Most times having your finger on the pulse allows you to push the right buttons and make sure your guys are locked in. Sometimes, however, things go sideways in an unexpected manner.

Such was the case for running back J.D. King, who announced this past week he would transfer to another university and is leaving OSU. King was quite clearly dissatisfied with the role he was serving enough to leave the program he committed to, but Mike Gundy said Saturday the decision was “a sudden deal” that he hates for the team.

“It’s a tough loss for us. He wanted to move on somewhere for personal reasons, and I hate that for our team,” said Gundy. “It’s a young man who feels like he needs to go somewhere to better his opportunities. That’s part of the world we live in. It was a sudden deal.”

King toted the ball 99 times for 469 yards rushing as a true freshman last season, but his opportunity dipped this season with the emergence of Chuba Hubbard. In eight games, he logged only 43 carries and managed 153 yards rushing, and had dipped below the Canadian cannon on the depth chart.

Justice Hill’s steady workflow this season may have been a factor in King’s decision to leave for more work, but that choice may prove to be short-sighted if Hill opts for the NFL as sources have indicated he’s likely to consider.

With King out, Justice potentially out for the remainder of 2018 (and maybe beyond), OSU will continue to ride Chuba Hubbard as the No. 1 back in Stillwater with a steady diet of LD Brown in a secondary role.