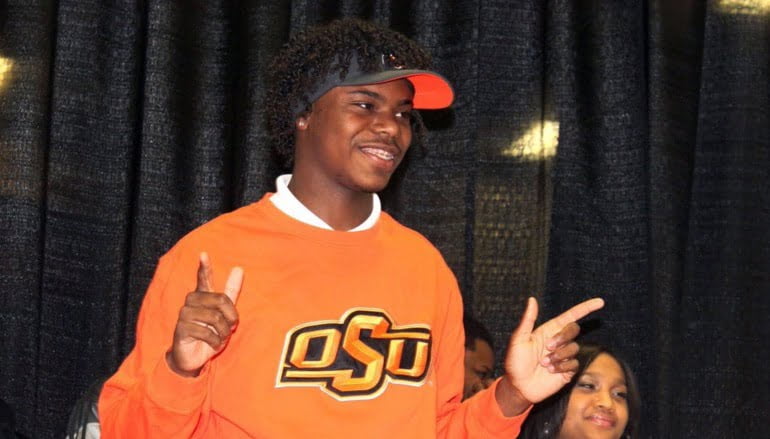 Mike Gundy has a decision to make at quarterback this year. That’s just like pretty much every year of the Mike Gundy era except this year it involves who QB2 will be and not QB1.

“I wasn’t familiar with (Keondre Wudtee) at all,” Gundy said told the Tulsa World. “Yurcich knew about him, and some other guys on our staff did because they had seen him in the spring. They brought his information in here and told me to watch some tape, and that’s what I did. You never know until they get here, but I think it worked out better for all parties involved.

“The way it ended up, it maybe worked out better that (Starkel) went to that style of play (at Texas A&M) and that Wudtee ended up coming here.”

Shots fired at Starkel? Maybe. But more importantly, Gundy more or less said the backup QB position was open and didn’t rule out Wudtee. You should read the entire thing here. This sentiment gives a little more credence to what Wudtee told the Oklahoman on signing day.

“I can either go in there and redshirt my freshman year and start as a sophomore, or I can play as a true freshman,” Wudtee said. Mason Rudolph might have something to say about starting. But now I wouldn’t be surprised if Wudtee sees time earlier rather than later.