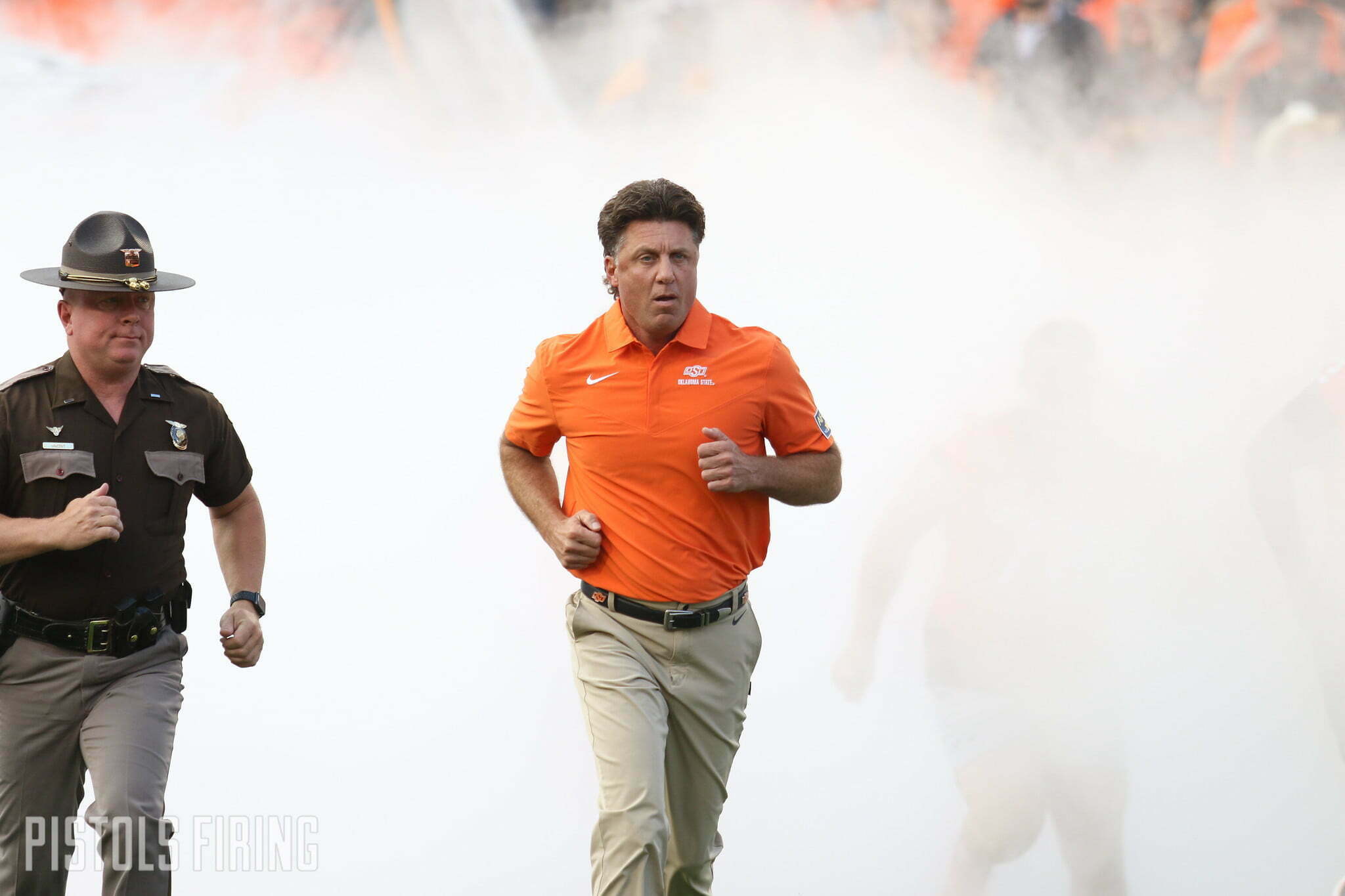 STILLWATER — Mike Gundy knew another round of Bedlam questions was coming, and he took time to prepare.

Bedlam, the rivalry between Oklahoma State and Oklahoma, had another funeral Tuesday morning when Brett McMurphy reported that the rivalry would end when Oklahoma leaves for the SEC. It’s something Gundy and OSU’s brass have suggested for a while now. But one part of McMurphy’s report that stood out came from OU athletic director Joe Castiglione.

“Oklahoma State has shown no interest to schedule any future games in football, so we’re moving on (with filling OU’s future nonconference openings),” Castiglione told McMurphy.

In this divorce, whose fault it is has become the hot button topic. When asked about McMurphy’s report, Gundy pulled a list from his pocket and asked the media to challenge him. Gundy said he was going to state facts and if he said something inaccurate, for the media to stop him.

“OU’s officials were in negotiations with the SEC for months and months before anybody in this league and the conference knew about it. … No objections? … During those multibillion-dollar conversations, I wonder if Bedlam was ever brought up at that point instead of the money? … Bedlam is history. We all know that. We’ve known that because OU chose to follow Texas and the money to the SEC. It’s OK. … Is that a fact?

“… So now we’re having, what I think are childish discussions, in my opinion, over something that’s done. I would like to make this the last statement I have because I have no hard feelings. But what’s going on now is almost a situation with a husband and a wife or a girlfriend and a boyfriend when you know you’re dead wrong and you try to turn the table and make them think they’re wrong when Oklahoma State has no part in this. We didn’t have anything to do with their negotiations with the SEC. We didn’t have any choice on choosing to leave the conference. They did.”

In the months that have followed OU jumping ship to the SEC, the OU administration has done a solid job pinning the end of the Bedlam rivalry on Oklahoma State.

During the news conference after the Sooners officially accepted membership into the SEC, Castiglione and OU president Joseph Harroz said they wanted to play OSU in every sport every year. OSU has nonconference football games with Power Five foes scheduled out until 2037, making anything happen before then highly unlikely. But, because OU said it wants to continue and OSU said it’s logistically difficult, some have since pinned the blame on Oklahoma State. Gundy said that’s “somewhat comical.”

“Everybody needs to get over it and move on and stop trying to turn the tables,” Gundy said. “It’s somewhat comical that they still want to bring us into the equation. I want somebody here to give me one example of what Oklahoma State had to do with this. I’m listening, really.

“… Let’s just say, ‘Hey, look, we chose to follow Texas to take the money, and we’re going to the SEC.’ It’s all good, but let’s quit talking about it, and let’s talk about football. That’s the way I feel about it. No hard feelings. And I like Joe C., but it is what it is, right? We gotta quit beating around the bush and call it the way it is.”