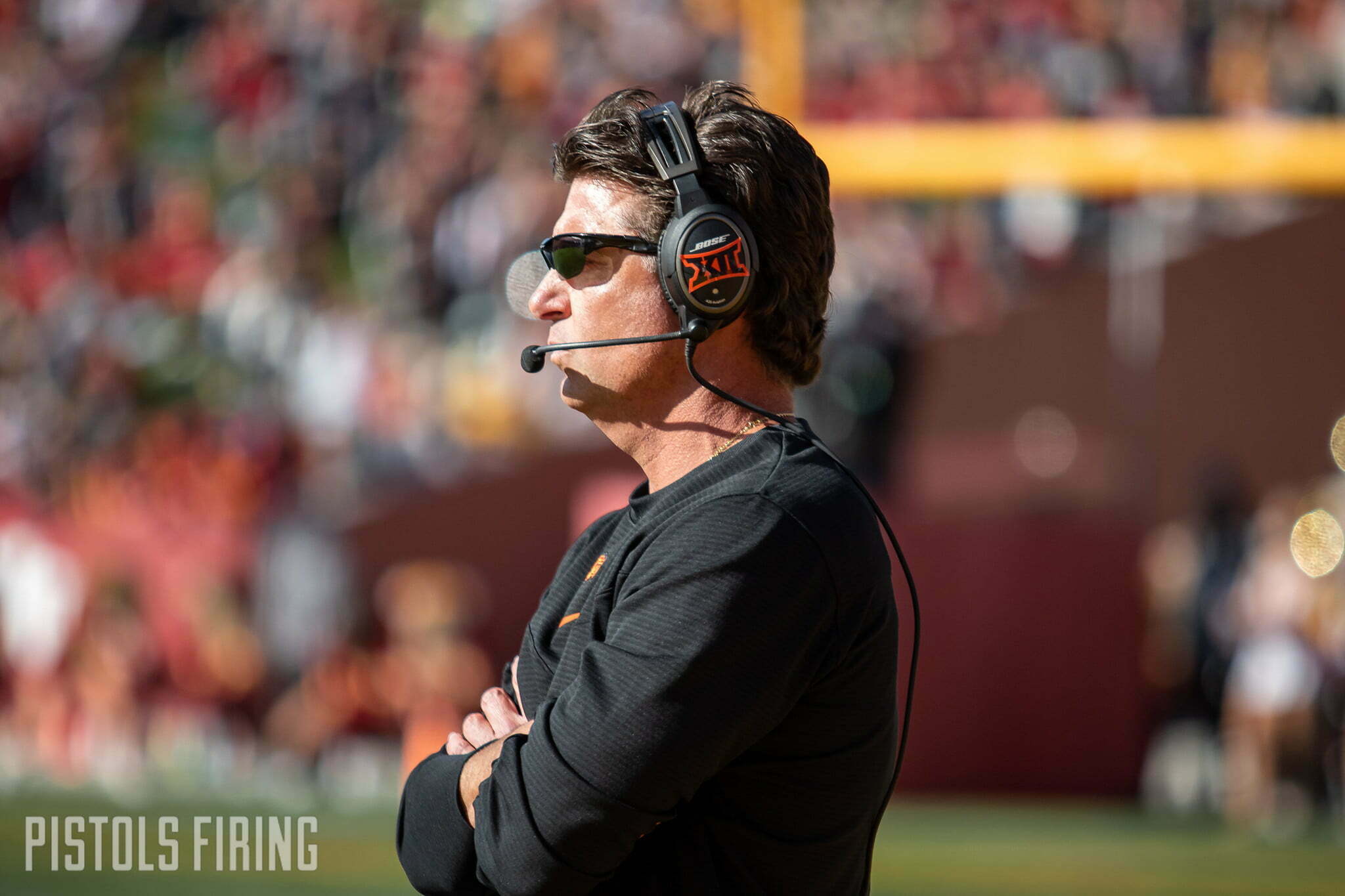 OU and Texas’ imminent departure from the Big 12 to the SEC, announced last year in a bombshell that has tipped the scales on the power structure within college athletics and set off a reckoning of realignment, was nothing more than a move for money, Mike Gundy said in an ESPN interview that published on Monday.

“Let’s just cut to the chase. They made a choice to financially secure their athletic departments for the next 12 to 15 years,” Gundy said via ESPN. “People can talk about all the reasons, but that’s why they did it, all for the money, and took a lot of history out of this league and a lot of history out of college football with them.”

Gundy has been diplomatic about the move over the last year, mostly opting for the “well, all that’s above my pay grade” out, but his comments this week reveal how most within the fan base — and everyone, really — views the move from OU and Texas. It wasn’t to get to a different conference for better educational standards or to play against Nick Saban once a year.

Gundy last year weighed in on OU and Texas’ stunning departure mostly with surprise. At the time, it seemed like a death knell for the Big 12. This was before the league added Houston, BYU, Cincinnati and UCF — and before Pac-12 superpowers USC and UCLA left for the Big Ten. I hadn’t really thought of it within that context, but as Gundy astutely noted, the Big 12 is pretty lucky all this with OU and Texas went down last year and not this year. Can you imagine being in the Pac-12’s position right now?

“The Big 12 is going to be fine, and I’m just giving you my opinion and know people get upset with my opinion, but we were fortunate that the two teams that left did it when they did [last year] and not now,” Gundy said.