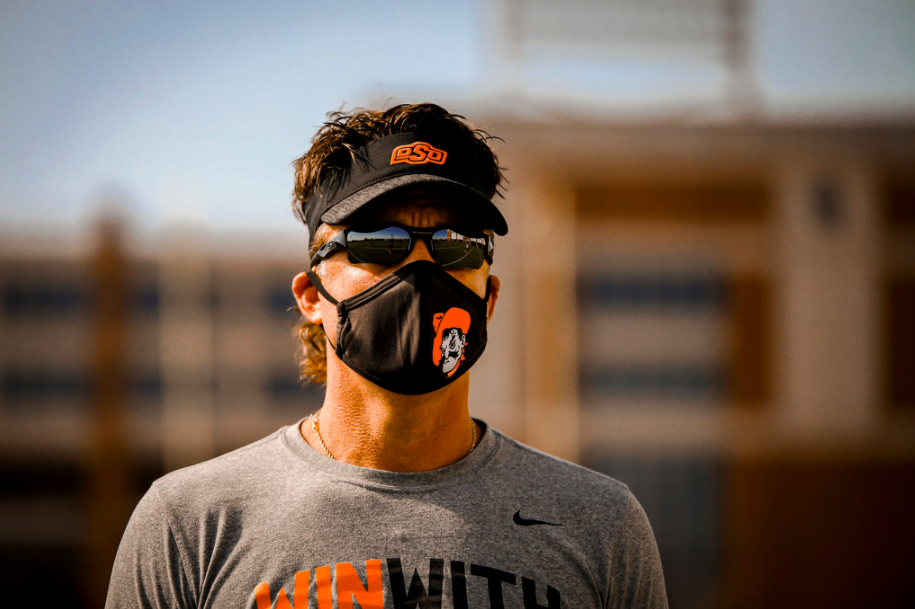 One of the consequences from this summer’s fallout for Mike Gundy is a loss of $1 million off his expansive contract, but it might not be the biggest consequence. Following an investigation into his relationships within the football program, Mike Holder said Gundy volunteered to give up the $1 million in salary to reduce what would have been a $5.25 million annual salary to $4.25 million.

Mike Holder said Gundy's contract adjustment is true and that it has nothing to do with the pandemic. Said the changes were offered up by Gundy. Said he took a $1-million pay decrease.

Aside: This still makes him one of the 30 or so highest-paid coaches in the country.

The more interesting number has to do with Gundy’s payout should he be fired in the future. Because his rollover contract was reduced from five years to four (essentially, he always has a four-year deal), this reduces how much OSU owes Gundy if it fires him with or without cause.

According to The Oklahoman, if Gundy is fired with cause (i.e. he did something it says in his contract he would not do), he will be paid $2 million. If he is fired without cause, he will be paid 50 percent of what he’s owed over the remainder. This used to be 75 percent. So let’s do some math (note: I’m not including what he would be paid for the rest of this year — if he was fired tomorrow — in either contract … the difference in that number between old and new buyout is fairly small).

Old buyout: 75 percent X remainder owed (over $22 million over the next four years with $125K raises every year) = $17ish million

New buyout: 50 percent X remainder owed (over $13 million over the next three years with $125K raises every year) = $7ish million

This is significant! OSU reduced its most important employee’s buyout by $10 million in one summer. Its significance has less to do with whether it actually plays out (even $7ish million is a lot to pay someone in the middle of a pandemic) and more to do with the power it gives OSU into the future.

All head football coaching jobs always represent some sort of power struggle within an athletic department, and OSU reduced Gundy’s power in several ways by reducing his future leverage.

Maybe none of you care at all about any of this, but it is not insignificant in OSU world. And while the announcement came more than a month ago, we’re starting to see some of the official contract language just now. A steep price in a costly six-month stretch for both OSU and Gundy but one that might make both more unified and better into the future.