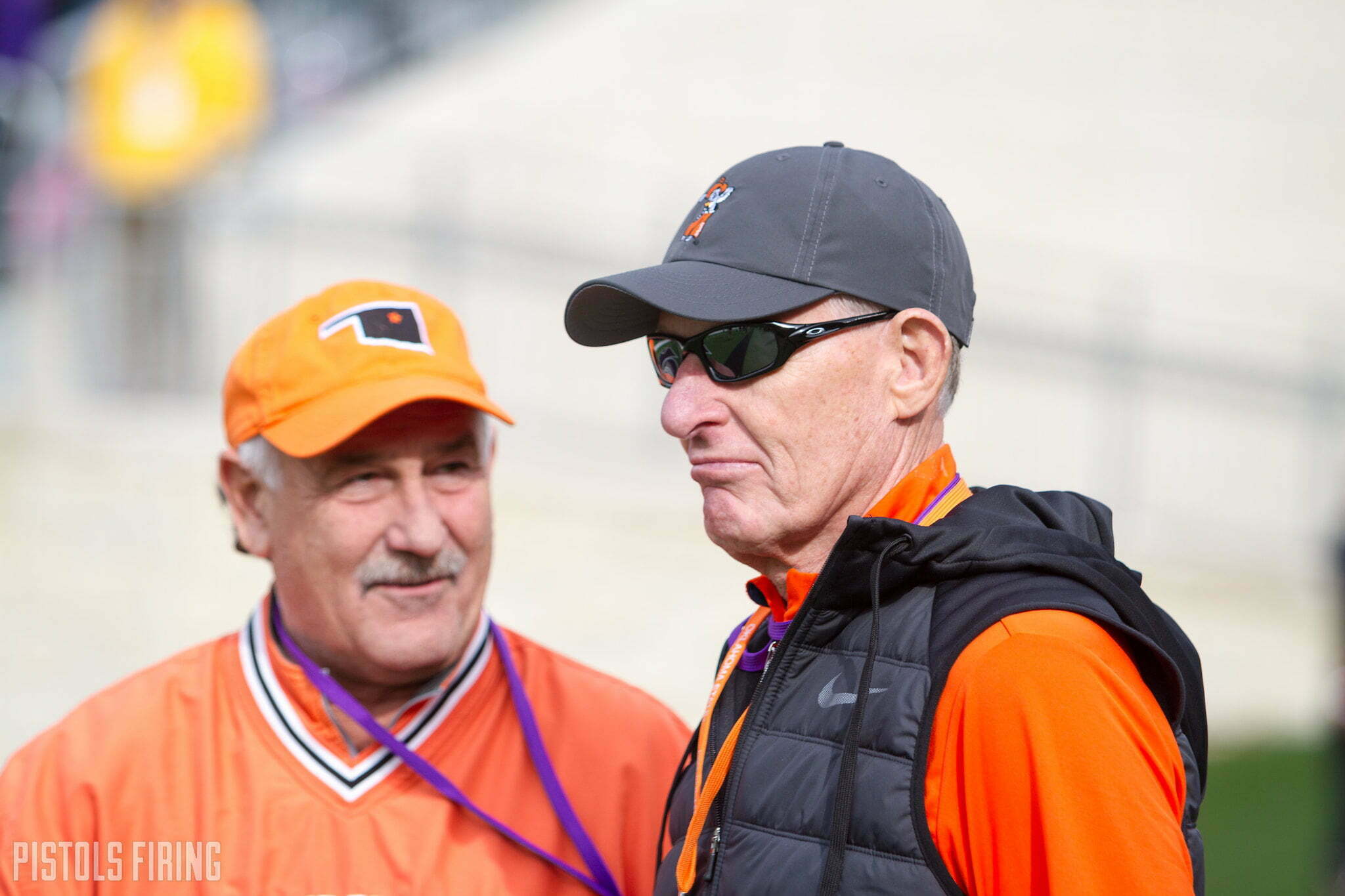 From dealing with the to the latest off-field controversy surrounding his head football coach, to the pandemic that halted college athletics (and the loss of revenue that comes with that), Mike Holder has had quite the year.

Oh yeah, let’s not forget the heavy-handed punishment the NCAA levied on his men’s basketball program. Let’s hope for a smoother second half of 2020 for OSU, Holder and the rest of us.

Holder held a remote press conference last week mainly to address the former, but the other two topics, which have weighed so heavily on his mind and his desk, also came up.

Remember, this was the first time media members were able to talk to him since the AD went scorched earth on the NCAA a month earlier. Here’s a refresher.

“I’m shocked by the ruling today and determined to vigorously fight against this injustice. OSU has strived to do the right thing during this process, and all we expected in return was for the NCAA to reciprocate.

“All of us that are members of the NCAA will be watching to see if these standards and expectations are applied consistently.” [PFB]

Toward the end of that Gundy-heavy media availability last week, Holder was asked about the appeals process and if he had any updates on the matter.

“We have filed our appeal,” Holder said. “We’re in our 30-day period to put together the justification for our appeal. That’s ongoing. We’re getting the best people on our side, and we feel like that we’ve been wronged and we want that appeals committee to agree with us. So we’re going to make a great argument.”

The original deadline to file said appeal — which is apparently not much more than a notification that the school would be appealing the NCAA’s ruling — was June 20. We’re now in that next phase which could apparently play out for months.

Here’s Kyle Boone on that timeline. Click the link if you’d like a deeper dive on the appeals process.

So it could be 110 days, because that’s the timeline NCAA members abide by. But the NCAA could decide it needs longer if the case is more complex. They frame it as it may take long but we want to get it right! which is very NCAA of the NCAA. [PFB]

In an impressive coup, Boynton was able to retain all five members of OSU’s touted 2020 recruiting class and both incoming transfers. The biggest piece of the puzzle was generational talent, and top-rated prospect, Cade Cunningham. OSU’s only losses appear to be Yor Anei and Hidde Roessink who have entered the transfer portal.

“Well, we won the first round when the majority of our roster stayed with us,” said Holder. “So Kudos to Coach Boynton and his staff and for the relationships that he established with those young men. That’s really gratifying.”

An encouraging note: Holder was asked if he had more confidence in OSU’s chances now than he did when the sanctions were handed down, and he replied optimistically.

“Well, yeah I do,” Holder said. “Absolutely. I’m really confident in the team that we’re assembling to represent us. I think the most important thing is just to stand up and fight for our coaches and our players. That’s important. That’s probably more important than the final resolution.”

What I’m reading between the lines is that, ultimately, securing Cade and Co. — and what they could mean for OSU — is probably as important (if not more) than any conclusion that the NCAA’s Infraction Appeals Committee comes to.