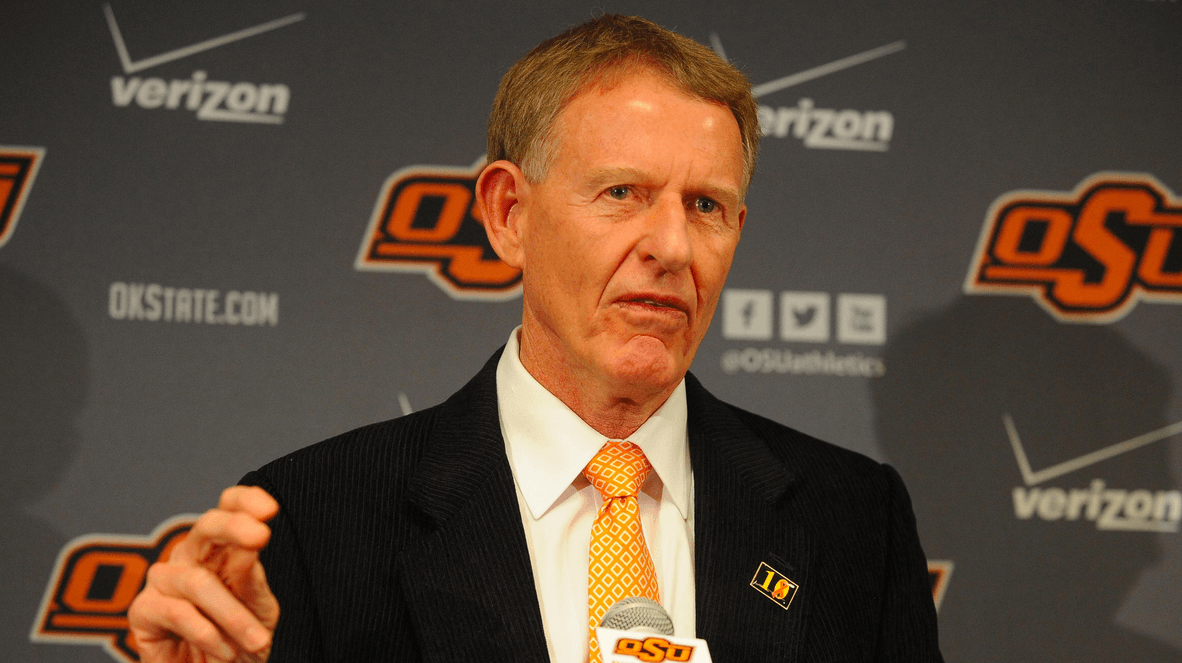 A confession: I used to not like Mike Holder very much.

I thought he was a big jerk with a bigger ego and hey maybe he still is, but he’s also been about the best captain OSU has ever had at the helm of its athletic department.

Holder has always had a way with phrases, turning the words just right until they have their intended effect on you — the effect he wants them to have.

Here’s what he told the AP recently about the Sports Illustrated story:

“That’s what hurt the most about that Sports Illustrated story, is that they question your integrity. We hope to shine a light on who we are and hope that we come out of it looking like true cowboys.”

See what I mean? He takes the SI deal, flips it around, and has you thinking OSU is going to be a beacon of academic integrity for it.

“I think what comes out will kind of speak for itself, good or bad. It’s been my position all along — if we are who we think we are, then this would ultimately be a good thing. The day of reckoning is coming. I don’t know when, but it’s coming.”

Holder has been all in on this from the beginning — and why wouldn’t he be? Sports Illustrated played the part of buffoon from the start and Holder and Co. basically came out sparkling by saying nothing.

Now with the internal investigation looming he’s been speaking out more — setting the table for an absolving of his school. It’s perfect, really, he’s played all of this perfectly.

Now all that’s left is the reckoning.