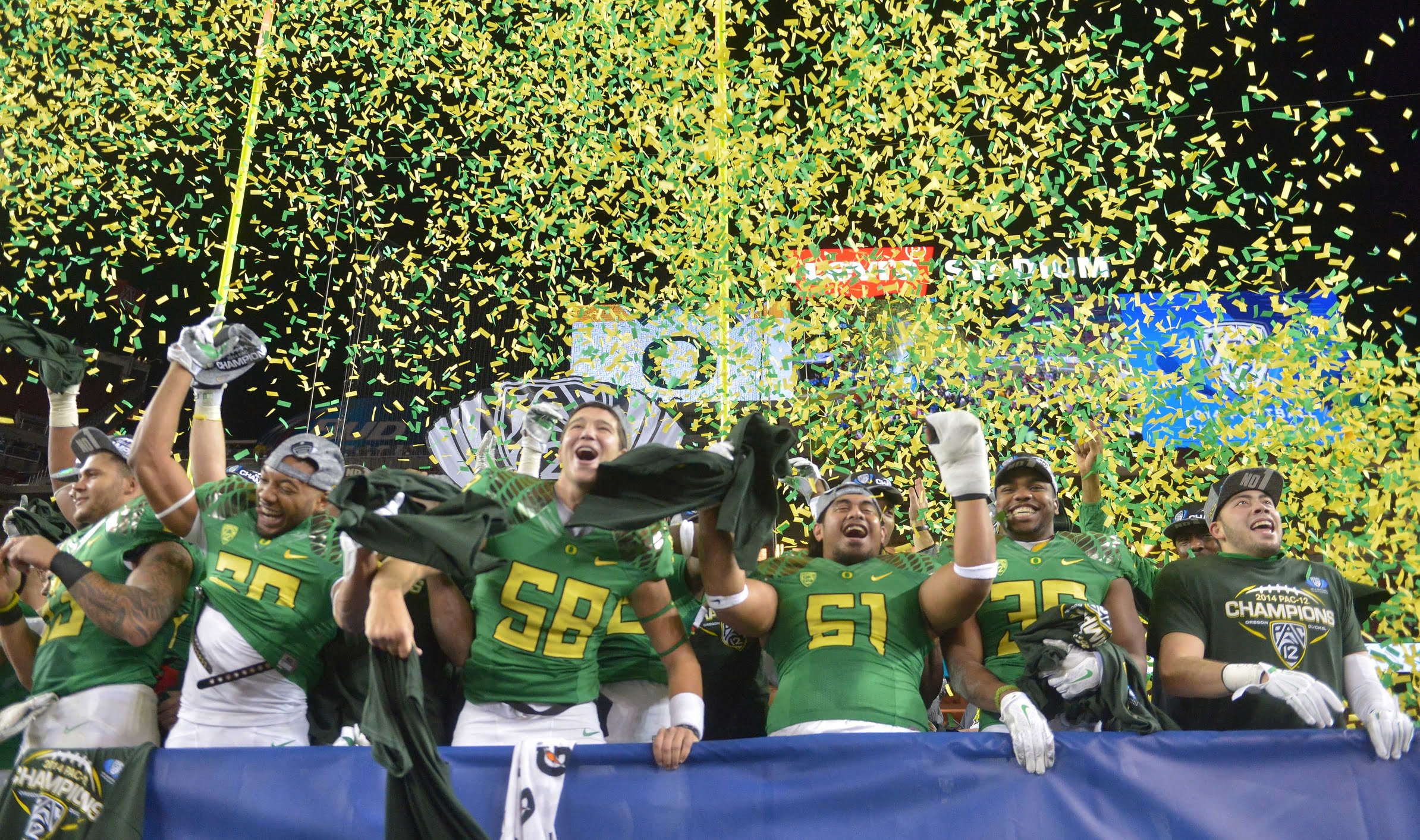 Berry Tramel interviewed Mike Holder recently and the head man of the OSU athletic department had some really interesting things to say after the Big 12 ADs got together to discuss what happened to TCU and Baylor.

First he noted that teams in the Big 12 have to play a good non-conference schedule.

“My football coach doesn’t want to play anybody any good, definitely, but jiminy Christmas, we looked pretty good against Florida State,” Holder said. “Until we beat OU, that was the highlight of our season.”

He rolled on Baylor a little bit saying that he wouldn’t have taken them for the College Football Playoff because of their noncon schedule.

“Sorry, boys, you had some control over who you scheduled. You chose to play no one. There are consequences.”

Finally he noted that OSU (one of three teams not playing a Power 5 team in nonconference in 2015) needs to step up its scheduling game.

“I’ve never seen a game in Autzen (Stadium),” Holder said. “I’d love to see that. There’s a lot of those opportunities out there. Need to see some places that are different, rather than Austin, or Norman, or Manhattan, Kan.

“I’d really love to play North Carolina home and home. Find somebody from the Big Ten or Pac-12 to play us. Maybe even the SEC.”

Maybe even the SEC.

I don’t really think this is the reason a Big 12 team didn’t get into the Playoff but I appreciate the sentiment. As a fan of a team that is rarely going to have a chance to get into a four team play off I want good nonconference games.

I loved playing FSU in Arlington this season and there’s a case to be made that no matter whether you beat a Savannah State or lose to a Florida State you’re still going to be on the bubble for the playoff as long as you win the rest of your games.[1. TCU fans probably disagree with this given that they lost to a 11-1 team and won the rest and got left out.]

Your thoughts on this, Gundy?