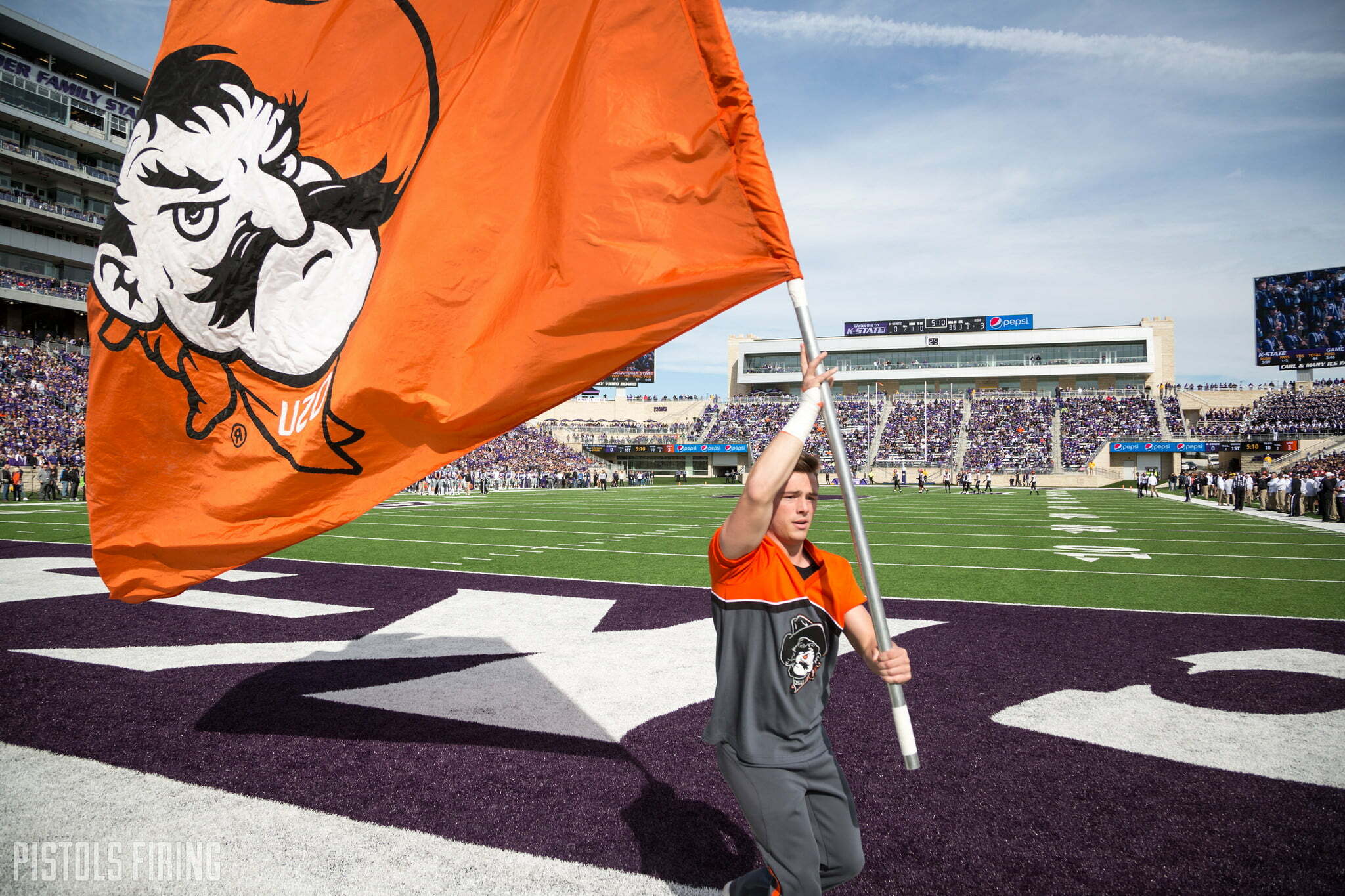 Mike Yurcich has been in the running over the past few weeks for the offensive coordinator job at Tennessee. Or so I’m told. I have to think if he was the guy for Tennessee he probably would have been hired already (or at the very least, the news would have leaked), but hey I’m just a #blogboy.

Yurcich told Robert Allen recently that there was “nothing going on” with Tennessee, which his head coach Mike Gundy later sort of (?) went against at a mid-December media gathering. Here’s what Gundy said.

“I have not heard from one person at Tennessee,” Gundy said.

Gundy said that isn’t unusual, though. While coaches used to call other head coaches to ask for permission to interview an assistant, that rarely happens anymore. With regard to Yurcich and Tennessee, Gundy said there is “probably some truth to parts of it” and “sometimes it’s blown out of proportion.” [Tulsa World]

This week at the Liberty Bowl Yurcich gave reporters the Heisman when they asked about Tennessee. It was his first public (non-Robert Allen) commentary on the topic.

“I know you guys got to do your job, and my job is to prepare this team for Missouri,” Yurcich told reporters on Thursday. “And it’s that particular time of year where speculation occurs. It’s occurred for several years in a row, and I would just hate to take any time away and any attention away from our preparation and send these seniors out as winners this season.”

Well that ain’t a no!

One outlet that covers Tennessee that I’ve followed throughout somewhat dismissed the Yurcich comment, though to me the trajectory of “nothing going on” to “my job is to prepare this team” is pretty interesting. Anyway, here’s A to Z Sports out of Nashville on Yurcich and a fascinating name they think could get the gig.

For what it’s worth, I still don’t think it’s likely that Yurcich ends up at Tennessee. I have a feeling he’s trying to accomplish two things with the UT talk — get a raise and get his name out there for potential head coach openings down the road.

I’m of the opinion that Atlanta Falcons offensive coordinator Steve Sarkisian is the leader in the clubhouse to replace Tyson Helton, for the reasons identified here. [A to Z Sports Nashville]

I agree that I don’t think Yurcich gets the OC job at Tennessee. I wouldn’t be stunned if he did — maybe waiting for OSU’s bowl game is what’s taking UT so long? — but it’s not a thing I expect to happen. I also don’t believe Yurcich will get any type of raise outside the bounds of what’s normal for assistants, especially considering he got a $200,000 bump earlier this year.