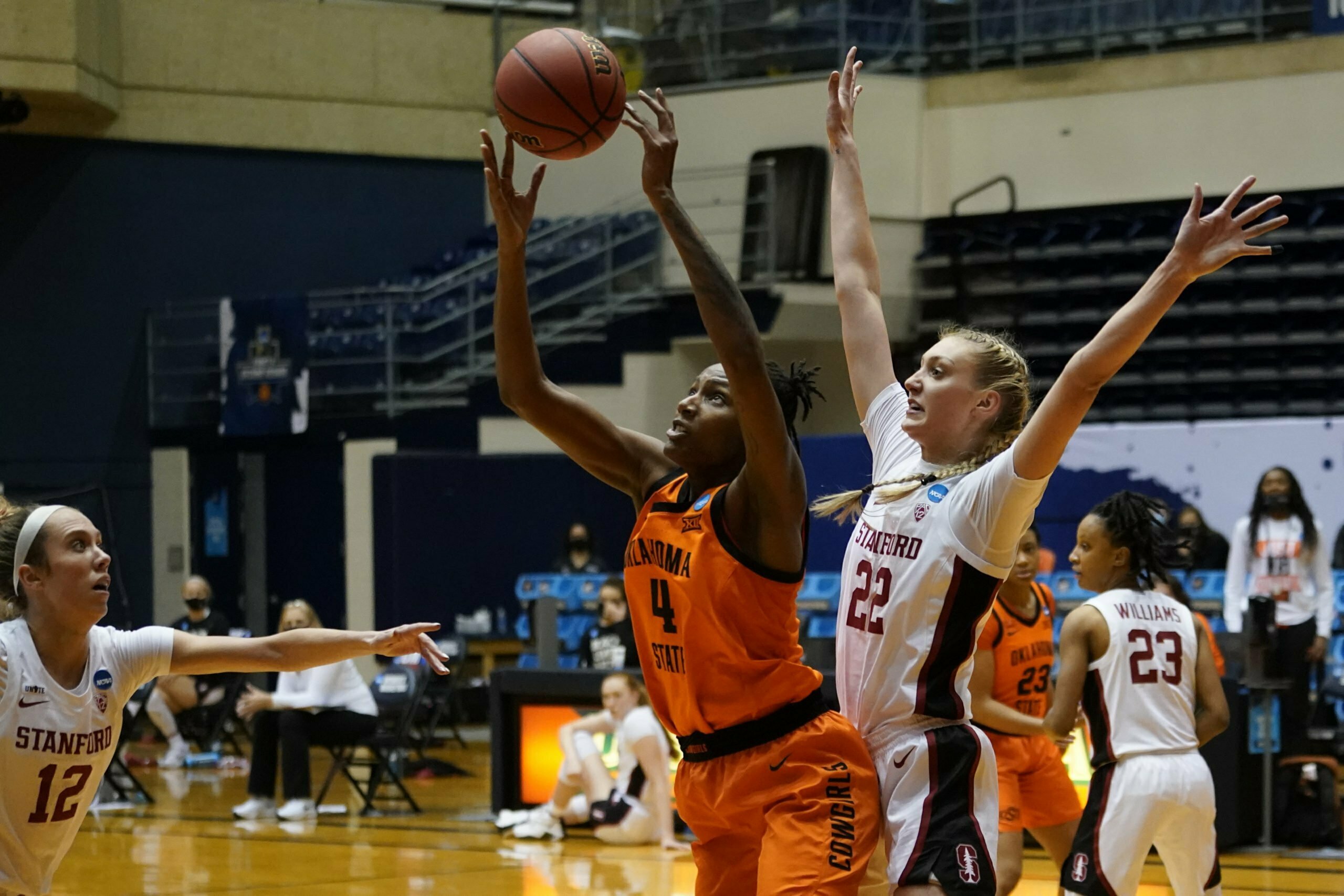 Oklahoma State star Natasha Mack added to her growing treasure trove of trophies this week, garnering national recognition as the Naismith Defensive Player of the Year.

Mack, the catalyst to the Cowgirls defense this season, has already been recognized as the Big 12 Defensive Player of the Year and a unanimous selection to the Big 12 All-Defensive Team and first-team all-league. She’s also a finalist for the Katrina McClain Award, given annually to the nation’s top power forward.

“I am honored to be named the Naismith Defensive Player of the Year! It means a lot to me to see the amount of blood, sweat and tears I put into this game being rewarded,” Mack said. “I couldn’t have done this without my amazing support group who has helped me keep my head high and my mind focused. I just want to thank everyone who has believed in me and has helped me on my journey.”

Mack this season broke her own school single-season mark with 112 (!) blocked shots, which led the country. Her 4.0 blocks per game were also best on a per-game basis. Additionally, her 9.2 defensive rebounds ranked fourth in the country.

“Natasha shined and was widely recognized nationally for her tenacity on the defensive end of the court and often times taking over games to propel her team to victory,” Eric Oberman, executive director of the Atlanta Tipoff Club said in a statement announcing the award.

Mack beat out three other finalists for the women’s award including Aliyah Boston from South Carolina, Veronica Burton of Northwestern and Aari McDonald from Arizona.