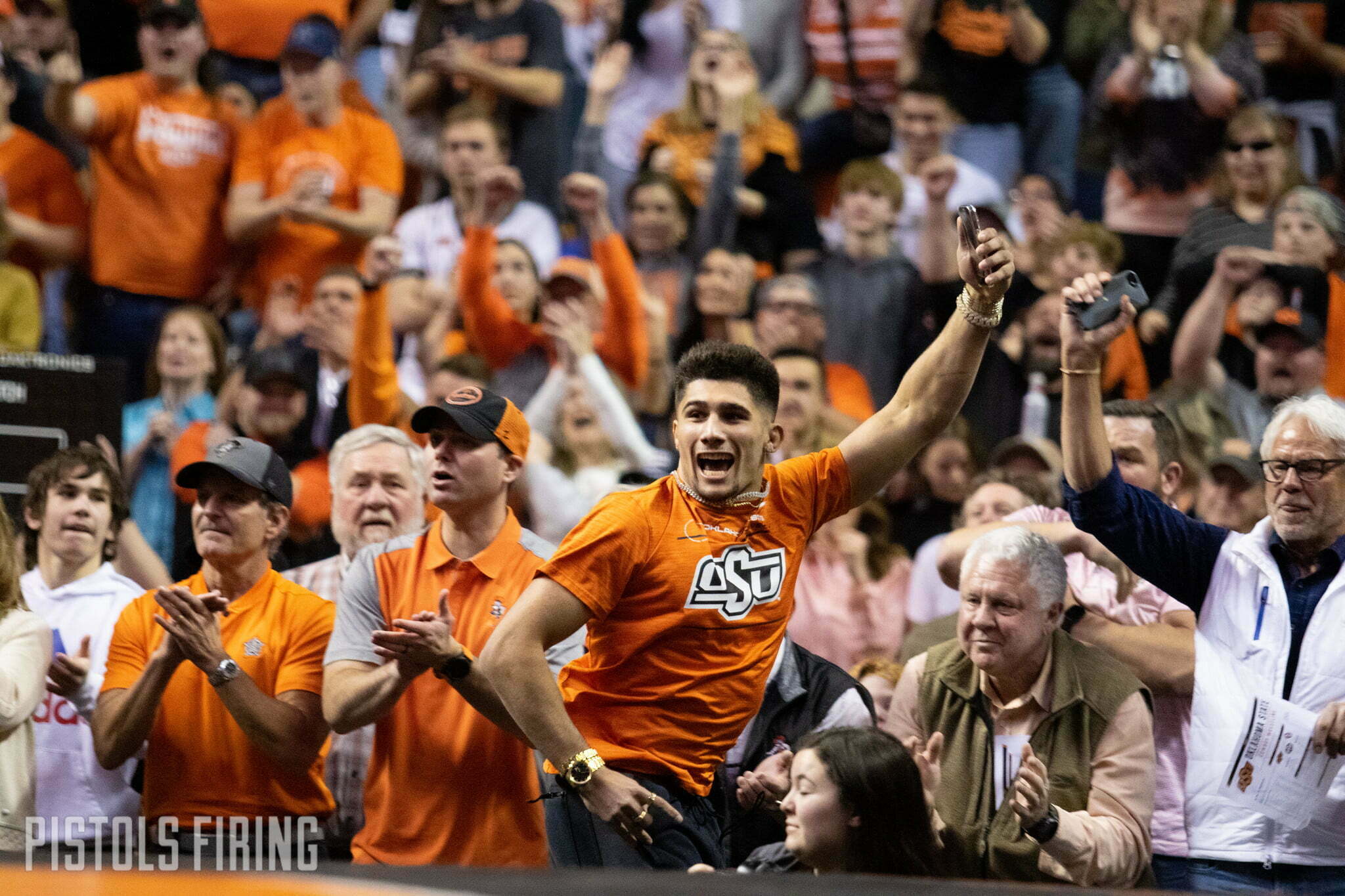 2021 NCAA champion AJ Ferrari is out at Oklahoma State, as the program and 197-pounder are officially parting ways.

According to sources, an “accumulation” of issues led to the departure but notably, a woman filed a protective order against Ferrari on July 5 in Payne County Court. There are no further details of that protective order at this time. The decision was made prior to this event. The program confirmed PFB’s report of Ferrari’s departure.

Ferrari was 30-1 in his career at Oklahoma State, going 20-1 in his national championship true freshman season. He was 10-0 as a sophomore before a car accident ended his season prematurely. The only loss Ferrari has suffered at the collegiate level came against Noah Adams at the Cowboy Challenge Tournament. He was the No. 1 recruit in the country out of high school.

Ferrari has two younger brothers that are both highly touted recruits. Anthony, who signed with the Cowboys as a part of their 2022 recruiting class, was not officially added to the roster. And Angelo, who had not committed to wrestle for Oklahoma State but was presumably expected to after winning his first state title at Stillwater High School as a sophomore this past season.

The Stillwater Police Department released Wednesday that Ferrari has been accused of sexual assault.

According to the release, police responded to a report of sexual assault on July 2 with Ferrari being identified as the suspect of the case.

“The case is currently under investigation by our Criminal Investigation’s Unit,” the release said. “SPD is committed to thoroughly investigating these cases. Once the investigation is complete the case will be submitted to the Payne County Distric Attorney’s Office for consideration of filing charge.”

The O’Colly’s Adam Engel got a statement from Derek Chance, Ferrari’s attorney.

“The allegations against AJ are false,” Chance told the O’Colly. “It is unfortunate that a student athlete can become a target, primarily because of their status as an elite athlete. AJ is cooperating with law enforcement and is confident the truth will come out. He appreciated his time at Okla State, but he and the university mutually agreed a change was appropriate.”