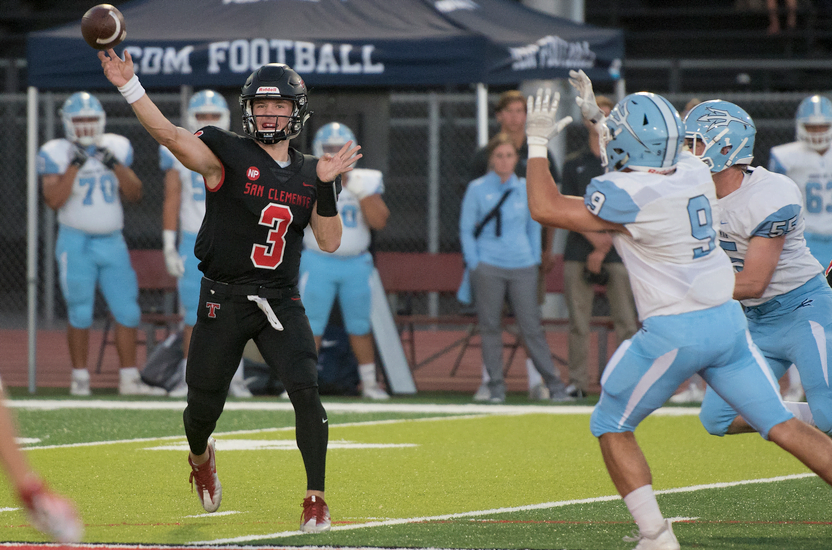 Last season, there were five. The season before, there were six. This season, the number of early enrollees announced by OSU on Wednesday is up to eight — one of the largest early arrival classes ever under Mike Gundy.

These players submitted NLIs in December, have already enrolled in classes, and have been on campus since January. Here’s a look at each player.

1. Israel Antwine, DL, Colorado transfer: A former Millwood High (OKC) defensive line prospect, Antwine transferred to OSU at the mid-year point. It’s unclear if he’ll be immediately eligible after playing every game as a true freshman last season, but CU’s firing of Mike MacIntyre likely will allow him to have a waiver granted to play next season at OSU. He’s a 6-3, 315-pound defensive tackle/defensive end. Slotting him on the interior seems imminent given the losses OSU suffered.

2. Brendan Costello, QB: Costello committed to OSU early over a murderer’s row of offers from the likes of Army, Brown, Eastern Washington and Air Force. Then Georgia offered … then other major programs drew interest … and OSU’s early eval appears to have been spot on. He’s a 6-foot, 183-pound dual-threat prospect who will likely slot in immediately as OSU’s No. 3 QB with Keondre Wudtee and John Kolar on the outs.

“He’s a good player, got savvy, got enough mobility, can make tight throws, not scared to turn the ball loose,” Gundy said of him at his early signing day presser back in December. “Kind of a late bloomer. Has good work habits.”

3. Dezmon Jackson, RB: After J.D. King transferred out and Justice Hill moved on to live out his NFL dream, OSU nabbed Jackson from Hutchinson C.C. and won a recruiting battle over K-State, Grambling State and a handful of other non-Power 5 offers. Jackson should play immediately. He’s a 6-foot, 220-pound thunder-of-a-runner who brings size, skill and agility to the position.

You may also like: Junior college transfer Dezmon Jackson brings power and speed to OSU’s backfield in 2019.

4. Na’Drian Dizadare, LB: OSU needs depth at linebacker like Gundy needs butch wax for his mullet, and in Dizadare, OSU gets a versatile player who can play inside or out with a 6-2, 200-pound frame that is built to pack on some extra pounds in the offseason. Robert Glass should have a good time molding this kid into a star in no time.

5. Thomas Harper, ATH: A 5-10, 170-pound prospect who played receiver (and starred) at Karns High School in Knoxville, Harper is expected to play as a defensive back at the next level either at safety or at corner. His older brother, Devin, is a linebacker at OSU.

6. Tom Hutton, Punter: Hutton is a rare 28-year-old enrollee who is married, recently worked at a paper mill where he worked machines for 12 hours per day, and is now coming from Australia to try his hand at American football.

“He’s a lunch pail guy, I’m sure he’ll be thrilled to be in our organization,” Gundy said in December. Scott Wright of The Oklahoman wrote a really good article about his crazy career path here.

7. Sione Asi, DT: Asi is a 6-1, 302-pound Snow College defensive tackle. He committed to OSU over New Mexico, and brings experience from the junior college ranks. He will likely play immediately in some capacity on the interior of OSU’s depleted defensive line.

8. Jayden Jernigan, DT: Allen, Texas doesn’t spit out mid-tier Division I prospects, so you can expect big things from its star defensive tackle, Jayden Jernigan. The 6-1, 295 pound prospect committed to OSU early in the recruiting process over Colorado, Washington and others, and he’s got the potential to be an instant impact player. “Jernigan plays the one technique and A-gap like a linebacker. He is not a huge overpowering guy, but he has excellent balance,” 247’s Gabe Brooks says of him. “Quick and powerful interior defensive lineman who probably best fits an even-front 3-technique role at the next level.”